However it happened, the first ever human migration through the Americas is sure to have been dramatic. After crossing the Bering Land Bridge between Siberia and North America, the earliest arrivals in the (old) New World would have been greeted by a hostile, icy landscape. Until recently, it had been assumed that these original American pioneers later worked their way south via a corridor that opened up between two retreating ice sheets, although new research suggests that this passage was actually completely uninhabitable at the time, and any attempt to traverse it would most likely have proved deadly.

According to previous radiocarbon dating studies, the Cordilleran and Laurentide ice sheets that once covered much of northern North America began to retreat several millennia ago, leading to the appearance of a 1,500-kilometer (930-mile) corridor between the two around 14-15,000 years ago. For a long time, archaeologists believed that the earliest settlers in the Americas were the Clovis people, who appeared to the south of these ice sheets around 13,400 years ago. Given these dates, it made sense to deduce that they had probably migrated south through this corridor. 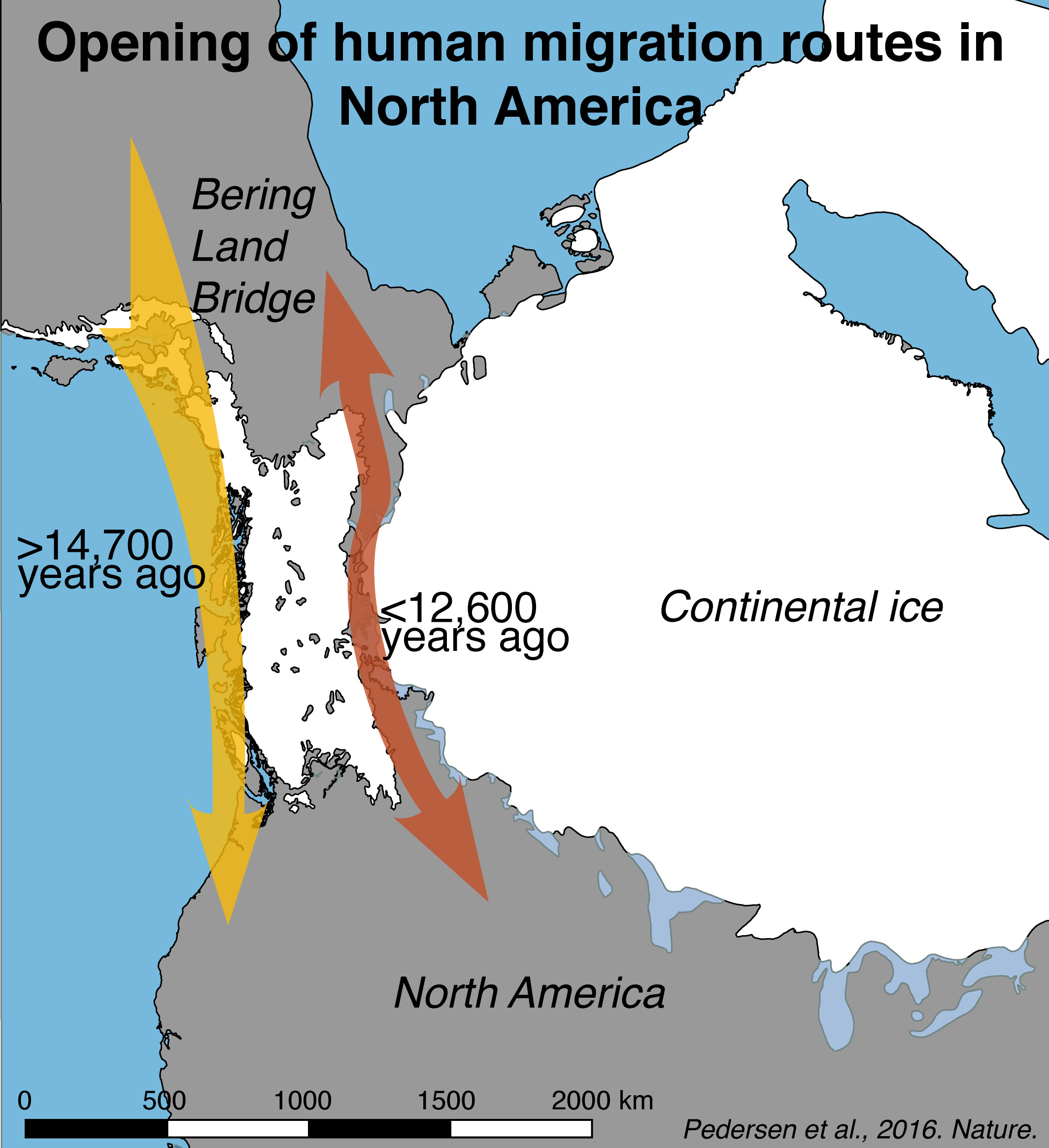 The corridor between the Cordilleran and Laurentide ice sheets became traversable around 12,600 years ago, suggesting that the first migration southwards through the Americas may have followed a coastal route instead. Mikkel Winther Pedersen

More recently, however, new evidence has come to light indicating that people lived in the Americas around 14,700 years ago. While some debate exists as to who these mysterious early settlers were, their appearance also calls into question the classic tale of the first American migration, leading many to favor a new theory that the original Pan-American highway was not down the middle of two ice sheets, but along the Pacific coast.

To investigate, researchers analyzed pollen, macrofossils and metagenomic DNA from nine lake sediment cores at Charlie Lake in British Columbia and Spring Lake in Alberta, which were among the last areas of the corridor to thaw. From this, the study authors were able to reconstruct the historical development of the ever-changing ecosystem within this corridor, publishing their findings in the journal Nature.

In doing so, they discovered that while the corridor did indeed open up long before the appearance of the Clovis, it did not become colonized by steppe vegetation until 12,600 years ago. This was followed by the arrival of small animals around a century later, and larger creatures like elk and moose around 11,500 years ago. Boreal forest did not appear in the corridor until around a millennium and a half later.

As such, this corridor would not have been able to support human life during the first migration southward through the Americas, as there would have been no plants or animals to hunt or scavenge, or wood to burn.

"That means that the first people entering what is now the US, Central, and South America must have taken a different route. Whether you believe these people were Clovis, or someone else, they simply could not have come through the corridor, as long claimed,” explained study co-author Eske Willerslev in a statement. “Most likely, you would say that the evidence points to their having traveled down the Pacific Coast.” 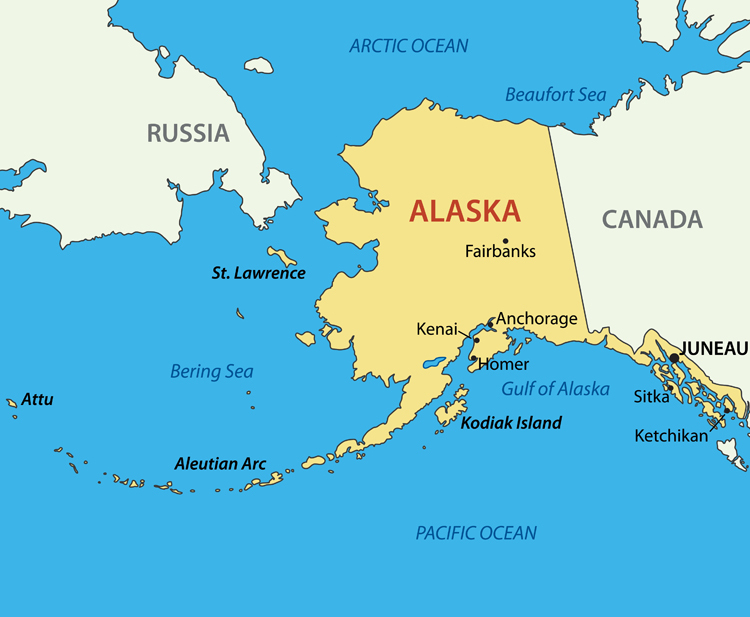 Though now submerged beneath the Bering Sea, the Bering Land Bridge once connected Siberia to North America. pavalena/Shutterstock