It’s not looking like it’ll be a happy new year for the world’s fastest mammal. Despite the fact that cheetahs can run at speeds of 120 kilometers (75 miles) per hour, a new report suggests that they can’t outrun extinction.

Right now, there are just 7,100 of them left in the wild, down from around 100,000 around the year 1900. Their tendency to wander afar and bump into humans is meeting with predictably grim results.

Writing in the Proceedings of the National Academy of Sciences, the authors point out that in some parts of the world, including Asia, cheetahs have already been wiped out. In Iran, there are now less than 50 left alive.

As reported by BBC News, the population in Zimbabwe has fallen from 1,200 to around 170 in just 16 years. More than half of the world’s wild cheetahs live across a handful of countries in southern Africa.

Despite their enormous range and adaptability, hunting, poaching, illegal trafficking, and land use changes have driven the cheetah out of 91 percent of its historic natural range.

Protected parks exist, but cheetahs almost never stick to these artificial boundaries. Regardless, about 77 percent of the cheetah’s habitat still falls outside of protected areas.

Right now, the International Union for Conservation of Nature (IUCN) lists Acinonyx jubatus as “Vulnerable,” but the authors of the report strongly advise they change this to the more serious “Endangered,” which indicates that the cheetah is at a high risk of extinction in the wild. 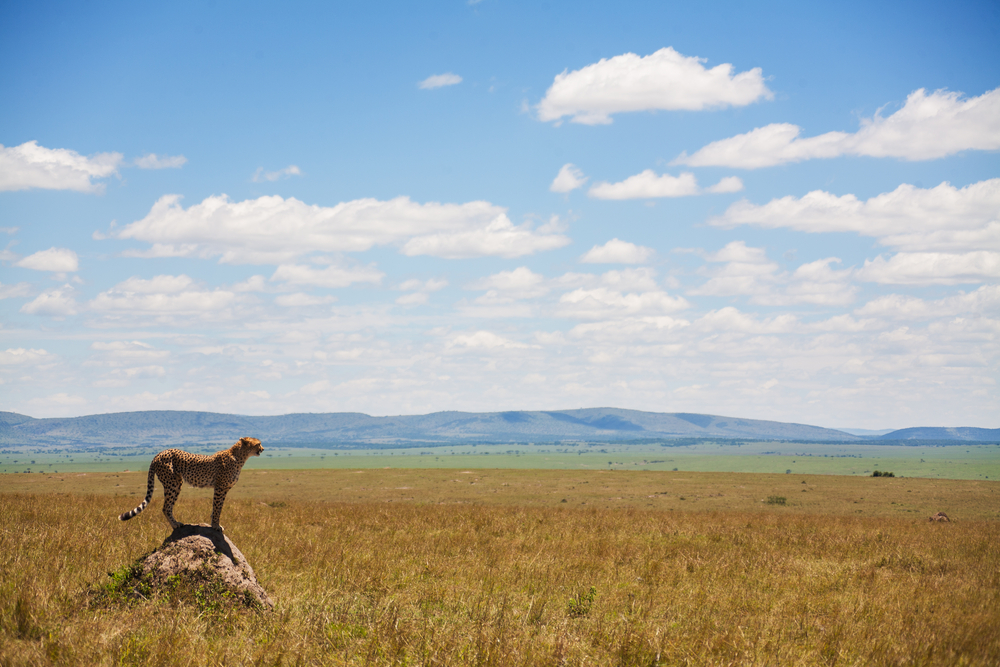 The encroachment of farming is leading to cheetahs coming into contact with humans far too often. StanislavBeloglazov/Shutterstock

The grim report was compiled by the Zoological Society of London (ZSL), Panthera and the Wildlife Conservation Society (WCS). Dr Sarah Durant, a senior research fellow with ZSL, said in a statement that “the secretive nature of this elusive cat” meant “it has been difficult to gather hard information on the species, leading to its plight being overlooked.”

“Our findings show that the large space requirements for cheetah, coupled with the complex range of threats faced by the species in the wild, mean that it is likely to be much more vulnerable to extinction than was previously thought.”

The researchers suggest that a lot more cooperation between affected nations is required, as well as incentivizing local communities to protect the at-risk mammals. As ever, though, one of the most pervasive problems is the illegal pet trade.

According to the Cheetah Conservation Fund, about 1,200 cheetah cubs were smuggled out of Africa over the last decade, but about 85 percent of them perished during the journey. Those that made it to their destination were unlikely to have been treated properly by their exotic animal-collecting owners.

Protective measures are being put in place to tackle trafficking, but at the current rate, it won’t be long before the cheetah is just another strange, extinct animal in a textbook.