Donald Trump may have won the US presidency, but in six of the nine states that were asked to decide on marijuana legalization on election day, more people actually voted for weed than voted for Trump himself. And with medical marijuana now available in more countries than ever before, the coming years could see a massive explosion in cannabis research across the globe.

Yet while America’s budding President-elect may be a little green when it comes to politics, the same can’t be said for his stance on drugs. Given the increasing demand for medicinal marijuana, though, researchers are beginning to wonder if the US could ever become the cannabis capital of the world.

Cannabis Research In The US

One of the Obama administration’s final acts was to allow the DEA to begin handing out licenses for pot growers to produce marijuana for research purposes. This is important because, until now, scientists have only been allowed to obtain their weed from the National Institute on Drug Abuse (NIDA). However, the strains provided by NIDA are far weaker than those prescribed or sold commercially, which significantly compromises the validity of all cannabis research in the US.

Rick Doblin, the founder and executive director of the Multidisciplinary Association for Psychedelic Studies (MAPS), told IFLScience that “we can’t use NIDA marijuana for clinical studies because it’s not available for prescription sales. So we have to end the NIDA monopoly.”

Yet in spite of the government’s pledge to open up cannabis research, Doblin says that “the DEA has still not given anybody other than NIDA a license to grow.” And Trump’s intention to appoint the staunchly conservative Jeff Sessions as Attorney General has Doblin worried that the new administration could nip marijuana research in the bud. “Even though the DEA said that it would end the NIDA monopoly, that doesn’t mean that the new Attorney General will follow through on that. So it’s not clear what’s going to happen as far as whether anybody will actually get a license,” he says.

The intoxicating cocktail of science and politics then becomes even more confusing when you add business to the mix. With marijuana now legal in several US states, there’s little incentive for pharmaceutical companies to sponsor research into the drug, since the wide availability of generic cannabis means they can’t control the market.

However, while it may not be worth their while carrying out research on marijuana itself, they can create and sell products that use specific ingredients found in cannabis. “Pharmaceutical companies are going to pick apart the marijuana plant, develop isolated cannabinoids and non-smoking delivery systems, and patent them,” says Doblin.

How Do Other Countries Compare?

Tetrahydrocannabinol (THC), the main cannabinoid in marijuana, was first identified by Israeli researcher Raphael Mechoulam in 1956. It’s one of the plant’s 545 active compounds, and many researchers believe that it’s the synergy between these ingredients, rather than any one in isolation, that produces medicinal effects.

At least, that’s the view of Mechoulam’s compatriots who set up the National Medical Cannabis Program. Boaz Wachtel, who advised the Israeli Ministry of Health when establishing the program, told IFLScience that “our conclusion is that there always needs to be multiple cannabinoids, and the idea of patenting isolated ingredients is a grotesque invention of politicians who feel that THC, because it gets you high, is inappropriate.”

He also claims that “Israel is a world leader in cannabis research by default, because if the American government and the DEA had been more reasonable, then probably the US, with all its resources and talent, would have led cannabis research.”

Unlike in America, the Israeli government does give licenses to marijuana growers, which means that researchers have a huge number of different strains of marijuana to choose from. “Right now there are over 100 strains available, and that variety is the core of the success of the Israeli medical cannabis program,” says Wachtel.

By experimenting with plants that have different concentrations of active ingredients, scientists can create the appropriate strains to treat specific illnesses. For example, weed with high amounts of THC and low concentrations of another cannabinoid called cannabidiol (CBD) may work for some conditions, while the reverse may work for others.

At present, Israeli scientists are working on creating marijuana strains to treat conditions like multiple sclerosis, epilepsy, and several types of cancer.

Similarly, British researchers are able to obtain cannabis from private growers. The Beckley Foundation, for instance, is studying the effects of cannabis on brain tumors, cerebral circulation, and alcohol addiction, among other things. In the past, they have sourced their weed from companies like GW Pharmaceuticals in the UK and THCPharm in Germany.

The Foundation’s director Amanda Feilding told IFLScience that she has “just been in Israel with the intention of collecting cannabis strains with specific qualities for treating different conditions, but it is impossible to send these strains to the UK.”

“It’s easier to send controlled compounds within the EU, although I’m not sure what difficulties will emerge after Brexit.”

In the US, no foreign marijuana can be imported, as the FDA is yet to approve the produce of any overseas growers. 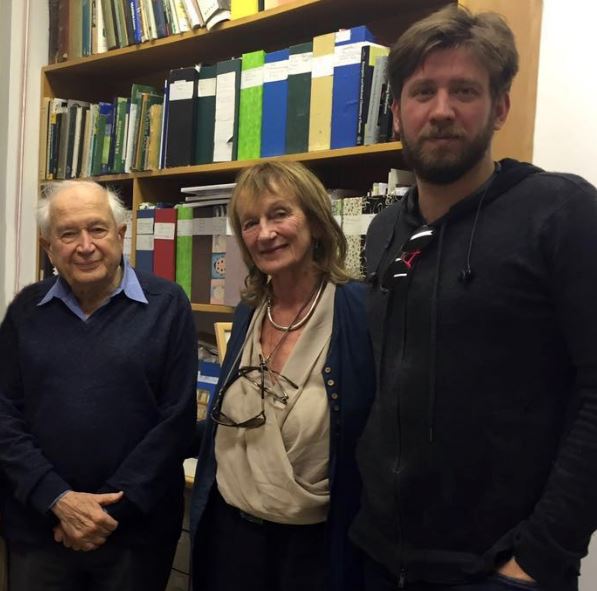 What Does The Future Hold?

MAPS is about to start a clinical trial using NIDA marijuana to treat post-traumatic stress disorder (PTSD) in war veterans. At the moment, the study is at the Phase II stage, meaning it involves a relatively small number of patients, but Doblin insists that “Phase III research cannot and will not be done with NIDA marijuana.”

He estimates that it will take about three years to reach that stage, and says that one of two things needs to happen in the meantime if the project is to progress. “Either we’re going to get a license to grow, or the FDA will approve some foreign grower’s marijuana and we’ll be able to import that.”

Doblin also feels that a successful trial could really stir the pot within the Trump camp and pave the way for more cannabis studies in the US. “If we manage to get good results from this study with veterans – and America has a love affair with veterans – it will be very difficult, even for Trump and Sessions, to resist more research,” he says.

For now, though, it’s clear that the US remains a long way behind other nations when it comes to marijuana research, and despite the recent wave of decriminalization, much more needs to change before the country can catch up with Israel and become a joint leader.