We often think of the common chimpanzee as being our closest living relative. But it turns out that common chimps have changed since humans split from our last common ancestor, and we should perhaps be turning our attention towards the lesser known bonobo to get a glimpse as to where we came from.

In one of the most comprehensive comparative analyses to date of the detailed inner workings of common chimpanzees, bonobos, and humans, researchers from the GW Center for the Advanced Study of Human Paleobiology found that the rarer bonobo may be a more accurate representation of what the last common ancestor of the three species would have looked like, rather than the common chimp as is usually assumed.

Our closest living relatives, chimpanzees, can be split into two species: the common chimpanzee and the bonobo. While our lineage is thought to have split from that of the apes roughly 8 million years ago, the common chimp and bonobo are only thought to have diverged around 2 million years ago. Living in the same patch of Central African rainforest, but separated by the Congo River that flows through it, they have evolved in relative isolation despite being geographically very close. 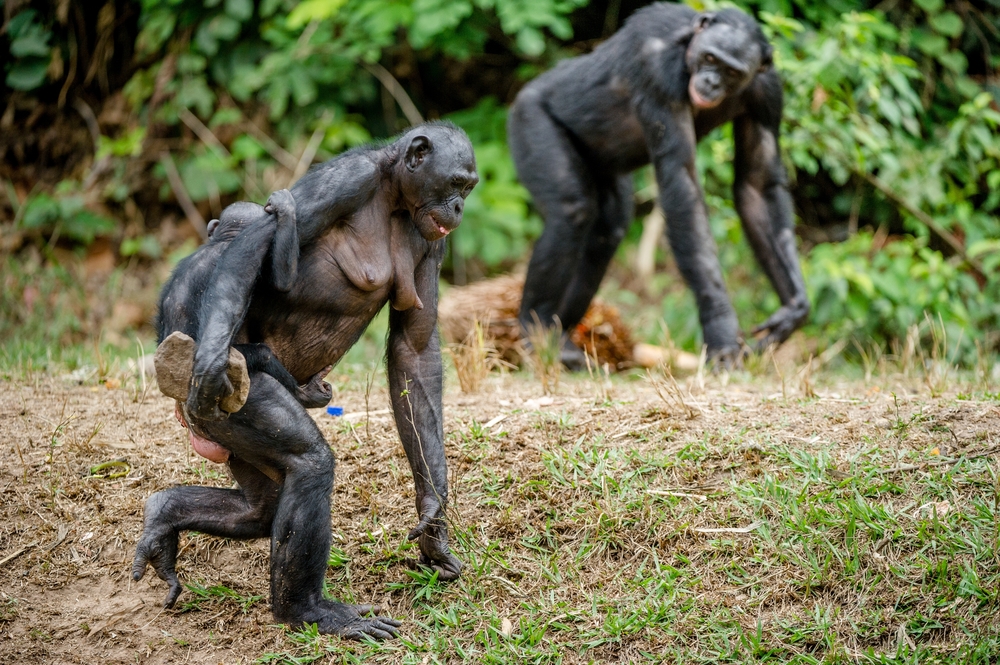 Bonobos could be our best insight into how our last common ancestor looked. Sergey Uryadnikov/Shutterstock

This has led to both species developing differing traits over the last few millions of years. Both species are, superficially, very similar to look at – although there are a few giveaways if you know where to look – but behaviorally they couldn’t be more different. And when you peel away the skin and start to examine the musculature, then things really start to change.

It turns out that the muscles of bonobos, and how they function, are more similar to human anatomy than common chimpanzees. In effect, the musculature of the bonobo has changed less, and is more “primitive”, than that of chimpanzees, which are seen as more derived. This means, the researchers argue, that the bonobo is a more accurate proxy for what the last chimpanzee/bonobo and human ancestor would have looked like.

“In addition, our study has shown that there is a mosaic evolution of the three species, in the sense that some features are shared by humans and bonobos, others by humans and common chimpanzees, and still others by the two ape species,” explained Rui Diogo, lead author of the paper published in Scientific Reports, in a statement.

Interestingly, this anatomical mosaic also corresponds with the molecular one observed by studying their DNA. The authors hope that by understanding exactly where we as a species come from, it might help inform developments into our health.