Researchers in Japan have swapped their Bunsen burners and petri dishes for a much cuter piece of lab equipment, using baby macaques to investigate the evolutionary origins of smiling and laughter. By watching the facial movements of these lovable monkeys as they slept, the team discovered that, like human babies, newborn macaques display “spontaneous smiles”, which could indicate that grinning and beaming have much deeper evolutionary roots than we once thought.

Among humans, smiles are obviously used to convey feelings of joy and happiness, although previous research has shown that we actually have to “practice” this basic facial expression during the first few months of our lives. Newborn babies are known to regularly crack out spontaneous smiles in their sleep, but tend to grow out of the habit around the time that they begin to show “social smiles” during waking hours.

Scientists therefore believe that the purpose of these early unconscious smiles is to train the zygomaticus major muscle, which is responsible for drawing up the edges of the mouth in order to form smiles. Until recently, it had been assumed that spontaneous smiling while sleeping was unique to human infants, although a 2006 study found that baby chimpanzees also engage in this adorable nap-time behavior.

To discover whether the trait can also be observed in Old World monkeys, the researchers watched seven newborn Japanese macaques while they slept for a period of 44 minutes each. Their results – which have since been published in the journal Primates – show that all seven monkeys did spontaneously smile in their sleep, doing so an average of 8.29 times each.

In a statement, lead author Fumito Kawakami explained that “spontaneous macaque smiles are more like short, lop-sided spasms compared to those of human infants. There were two significant similarities: They both happened between irregular REM sleep, and they show more lop-sided smiles compared to symmetrical, full smiles.”

Macaques are known to use two different types of smile in their social interactions. The first of these, known as relaxed open-mouthed displays (ROM), are similar to human smiles and convey feelings of happiness, while the silent bared-teeth display (SBT) is a sign of submission. Because of the importance of these social smiles in macaque daily life, the study authors believe that, like humans, baby macaques spontaneously smile in their sleep in order to train up their zygomaticus major muscles, which are so vital for social communication later in life.

Interestingly, in both humans and macaques, these spontaneous smiles occur during REM sleep, which is associated with dreaming. This raises a number of fascinating questions about the emotional content of our dreams as these smiles occur – though the answer to these questions may never be known.

Summing up the relevance of this study, study author Masaki Tomonaga explained that “we can infer that the origin of smiles goes back at least 30 million years, when Old World monkeys and our direct ancestors diverged.” Intriguingly, he also notes that “there are case reports about mice laughing when they get tickled and dogs displaying facial expressions of pleasure. It may be the case that many mammal infants display spontaneous smiles, in which case smiling would have an older evolutionary origin. Who knows…” 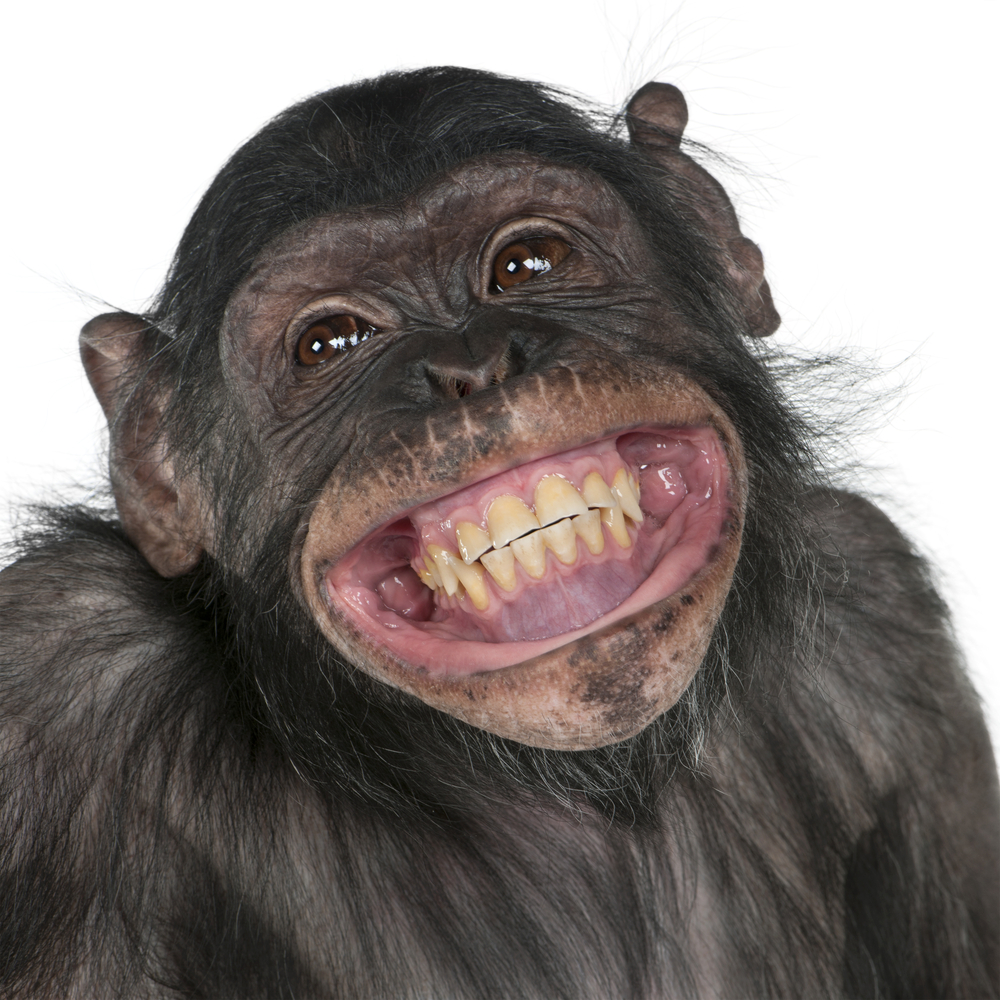