Fire, paints, and tools have been found at a cave in South Australia's Flinders Ranges, some dated to 49,000 years ago – 10,000 years earlier than expected. There is even a tantalizing hint that these early inhabitants preyed on two of the extinct megafauna, the cause of whose demise is much debated.

Although the first people reached Australia roughly 50,000 years ago, we have found little evidence of humans living inland for 10,000 years thereafter. Anthropologists concluded Indigenous Australians kept to the coast for ten millennia. Now that belief has been tipped on its head with the dating of various artifacts from the Warratyi rock shelter in the northern end of the Flinders Ranges. The findings are published in Nature.

Giles Hamm of La Trobe University, Australia, who led the findings, told IFLScience that he was exploring gorges in the area in search of likely sites of human habitation when he found rock engravings. This prompted a search of the surrounding area. The blackened roof of a rock shelter told him fires had been lit beneath. When Hamm and his colleagues put probes into the soil beneath the overhang, they found ash and charcoal layers to a depth of a meter (3.3 feet), indicating the site had been inhabited over a very long period of time.

Despite this, Hamm was amazed when carbon dating of some of the items he found suggested they were almost 50,000 years old. Dates in that range were confirmed by applying single-grain optical stimulated luminescence to quartz grains among the charcoal.

According to Hamm, the site is so rich in signs of human occupation that, even after digging up less than a tenth of it, we already have a good idea of how intensively it was used. After infrequent occupation for several thousand years, the Warratyi site was used more often between 40,000-35,000 years ago. After this, occupation dropped off until around the end of the Last Glacial Maximum, when the world started warming, 18,000 years ago. 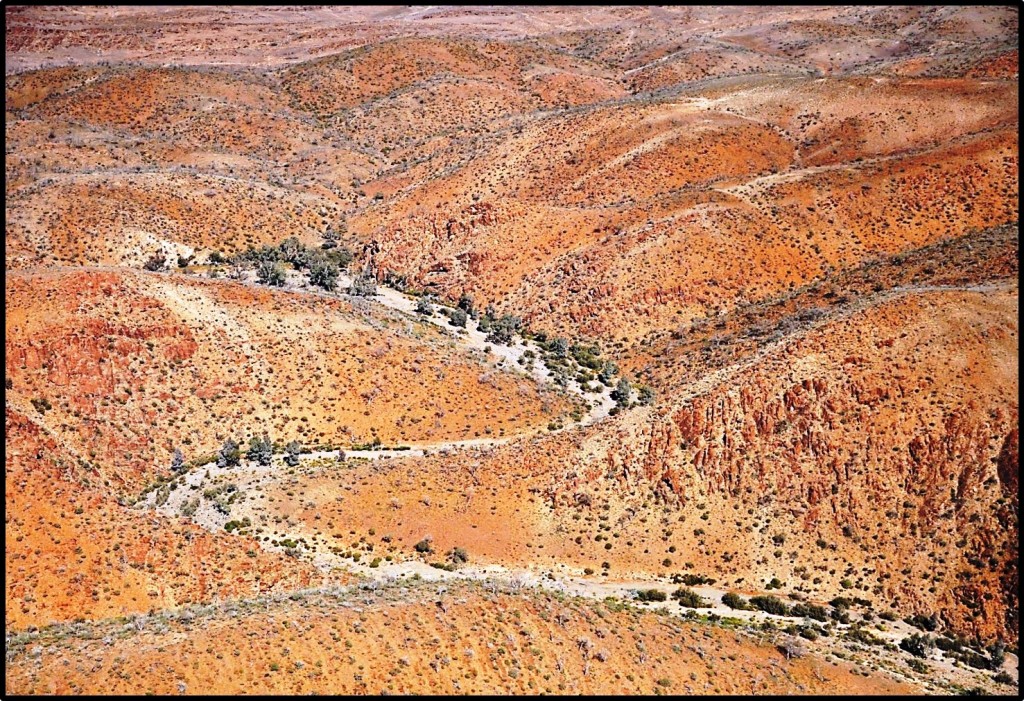 The Flinders Ranges does not look like an easy place to inhabit today, and it was drier and cooler when humans first reached there. Giles Hamm

“We think that people spread around the edge of the continent and then dispersed up the big rivers and lakes," Hamm told IFLScience. "By the time they got to the Flinders Ranges, the lakes started to dry up, so they relied on the rock fractured springs there. For most of the last Ice Age, the ranges may have been one of the few inland parts of Australia capable of supporting human life."

Among the items found at the site are tools made of bone more than 38,000 years old. Stone tools up to 30,000 years old reveal technological changes as chert and silcrete replaced quartz. Ochre and gypsum, used as pigments, were also found.

However, perhaps the most significant aspect, other than the age of occupation, is the discovery of remnants from two giant extinct species mixed in with the human artifacts. Eggshells from Genyornis newtoni, the 240-killogram (530-pound) goose relative that once roamed the continent, suggest those who used the site may have made a meal of their eggs, just as they did with emus.

An even more important discovery was the radial bone of a juvenile Diprotodon optatum, the 3-tonne (3.3-ton) wombats that were once Australia's dominant grazers. The question of whether humans or climate change were the cause of the demise of the great beasts that inhabited Australia tens of thousands of years ago is possibly the most heated debate in science on the continent. Hamm told IFLScience the bone is too degraded to reveal cut marks, which might have settled the question, but the find is still suggestive. 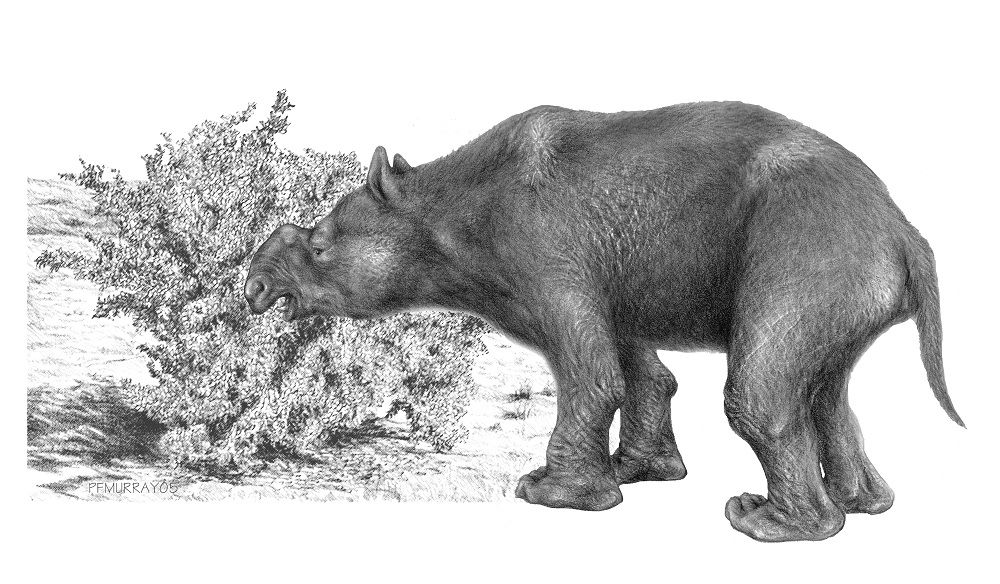 A bone from the forelimb of a juvenile diprotodon suggests further digging at Warratyi could solve the question of whether humans hunted them. Peter Murray