“Lucy” is one of the most well-known scientific discoveries in human history. The 1974 Ethiopian fossil revealed that our ancestors 3.2 million years ago had already learned to walk upright. Ever since, new revelations have come to light about her life, including the fact that she died falling out of a tree – hinting that she was able to climb trees as well as walk on the African planes.

Now, a dramatic new study in the journal eLife has widened the story considerably. Her species – Australopithecus afarensis – includes a lot of unknowns, including the type of societal structure they held, if any. This research reveals that not only were males and females quite physically different, but that they were likely to be polygynous much in the way many apes and monkeys are today.

Back in 1976, British paleoanthropologist Mary Leakey came across a series of hominin footprints at Laetoli in Tanzania. Preserved in volcanic ash, she determined they were 3.7-million-year-old markers of human ancestors walking upright. Although it has long been unclear to which ancestor they belonged to, they were often attributed to Au. afarensis.

Researchers led by the University of Dar es Salaam have now excavated some brand new, immaculately preserved tracks within another ancient volcanic ashfall. The footprints were clearly made by both males and females based on the size differences. They were walking at the same speed and in the same direction.

Some of the newly discovered footprints. Raffaello Pellizzon

Significantly, this shows that both males and females of Lucy’s species were quite distinctly sexually dimorphic, meaning that there were pronounced physical differences between the sexes.

“This body size difference [between the sexes] is comparable with that found in gorillas,” study co-author Jacopo Moggi-Cecchi, a biological anthropologist at the University of Florence, told IFLScience via a telephone press conference. “Male silverbacks often weigh two or three times more than the females.”

The authors of the study note that low levels of dimorphism generally indicate a monogamous mating system, whereas the opposite is true for polygyny, where one male has multiple female partners. It’s likely, then, that Lucy’s extended family were polygynous, based on modern equivalents.

Indeed, the tracks around the male’s trace fossil footprints are tentatively thought to be all belonging to females. This particular group included as many as three females, along with two juveniles or smaller females.

“Take gorillas,” Cecchi added. “You have a silverback male and a series of unrelated females.” Although nowhere near as sexually dimorphic, chimpanzees also have a similarly patriarchal social structure, but not quite as alpha male-dominated as that found in gorillas.

A similar social structure is likely to be present in Au. afarensis based on the available evidence. However, it’s not entirely clear that the male actually mates with all of them, or if there is one alpha male or several dominating males.

Cecchi, however, did describe the specific situation at the site in Laetoli as being somewhat like a “harem” because it’s the most likely scenario.

For plenty of primates today, polygyny is a mating strategy designed to spread male genes throughout the population as much as possible. It seems that Lucy’s species was perhaps no different in that respect. 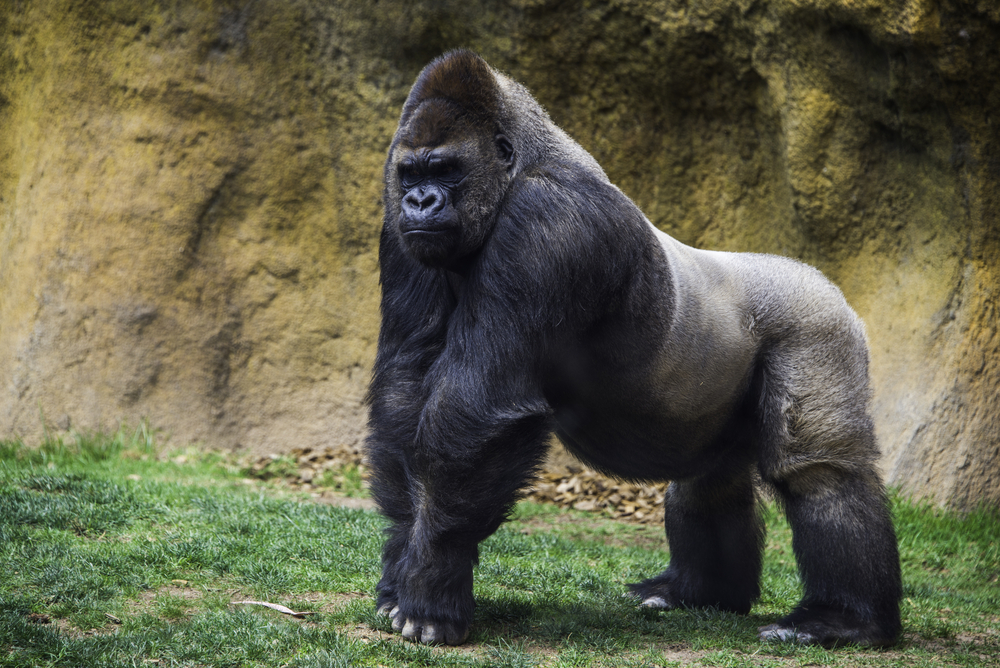 A male silverback gorilla, the modern version of the solitary male at Laetoli? bimserd/Shutterstock