The good men and women at Vox commissioned a survey recently to ask 1,999 Americans how scared of clowns they were. Understandably, 42 percent said that they were afraid of these war paint-coated laughter monsters.

However, when comparing these results with another survey querying people’s greatest fears, the team found that clowns were considered to be more frightening than climate change. In fact, the only thing that worried people more than these red-nosed, floppy-shoed enigmas was government corruption.

This is way beyond absurd. The dictionary does not contain enough words to appropriately explain just how preposterous the results of this survey actually are.

Climate change is responsible for bringing about economic collapse, exacerbating civil war, destroying agriculture, and making natural disasters increasingly destructive. It will annihilate the Arctic, scorch the deserts, and boil the oceans. Cities will literally sink into the sea.

But no – clowns are the real menace here.

Yet, somehow, almost as many people are worried about their gun rights being infringed upon as they are about clowns in general. Clowns even rank above the fear of a terrorist attack, biological warfare, and yes, even death itself.

Death by clown, or even injury by clown, is rare enough to be pretty much a nonexistent threat. While we cannot say definitively that there have not been any murderous clowns in recent history, there certainly isn’t any data to support the idea that they are an existential threat to humanity. 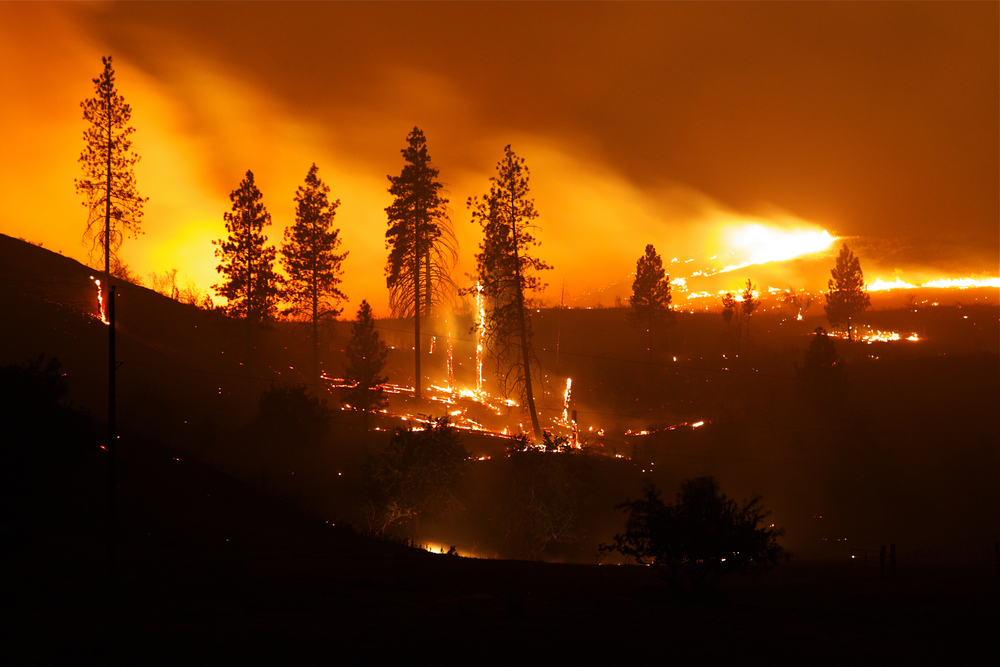 Climate change-boosted wildfires are awful, but they would flush those creepy clowns out of the woods. Tom Reichner/Shutterstock

Yet, remarkably, 36 percent of all respondents feel that the FBI needs to do either “somewhat more” or “much more” than they are doing already to deal with clowns from at least scaring people in public places. Imagine the headlines as agents armed to the teeth smash down the doors of children’s parties across the country and Taser poor Zippo the Clown to the floor.

Basically, people are just scared of them, and it’s almost certain that the recent uptick in public clown pranks across the US is to blame for this rise in self-diagnosed coulrophobia. Remember though, just because you feel something is scary, it doesn’t mean it’s actually a threat.

For example, crime rates are going down nationwide in the US, but the fear of crime is rising in some demographics. Certain politicians are keen to play on people’s feelings as if they are facts, so we wouldn’t be too surprised if Trump makes an announcement next week explaining how he will deal with the clown threat.