Greenland’s Petermann Glacier has a giant crevasse in it, and NASA’s cryosphere-monitoring Operation IceBridge initiative has photographed it for the very first time. Unlike most chilly cracks, however, this one is in a particularly weird place.

As has been thoroughly reported on, Antarctica’s ice cover – thanks to a mixture of natural process and man-made climate change – is cracking up, but this is almost exclusively along the edges of the ice shelves hanging off into the ocean. This glacier, which has been fragmenting significantly since 2010, has a crack going through the middle of it.

First spotted on satellite imagery by Stef Lhermitte, an associate professor at the Netherland’s Delft University of Technology, NASA flew its plane-based observatory over the appropriate coordinates and snapped a few photographs of the gigantic chasm.

Like plenty of other glaciers around the world, Petermann is dominantly an ice shelf. This means that it’s floating on the sea already, which means it does not directly contribute to sea level rise through its disintegration. However, ice shelves help keep back landlocked ice sheets and glaciers, so their destruction ultimately allows these chunks of frozen water to tumble into the ocean.

So the fact that this sizable glacier is tearing itself apart isn’t a particularly good sign, and things may greatly accelerate in the future. NASA has noticed that it’s propagating near another crack – one that’s a lot wider and longer – that’s been trending towards its center from its eastern margin.

If the two cracks meet up, then the ice shelf would fracture along over half of its total area. All things considered, the future is looking grim for the venerable glacier.

Its presence in the center of the glacier is baffling scientists who are unsure how it formed. Normally, due to the action of salty, warm water chipping away at the underside of a glacier, they crack towards their edges. It’s not yet clear why it’s breaking up in the way it currently is.

It will take quite a major calving event, though, to match the August 2010 event, when the total area of the Petermann Glacier was reduced by 25 percent. This was the largest ice calving event the Arctic had ever seen since 1962, and the resulting separate glacier was named “Petermann Ice Island 2010”. This essentially served as the sequel to another island that formed back in 2008. 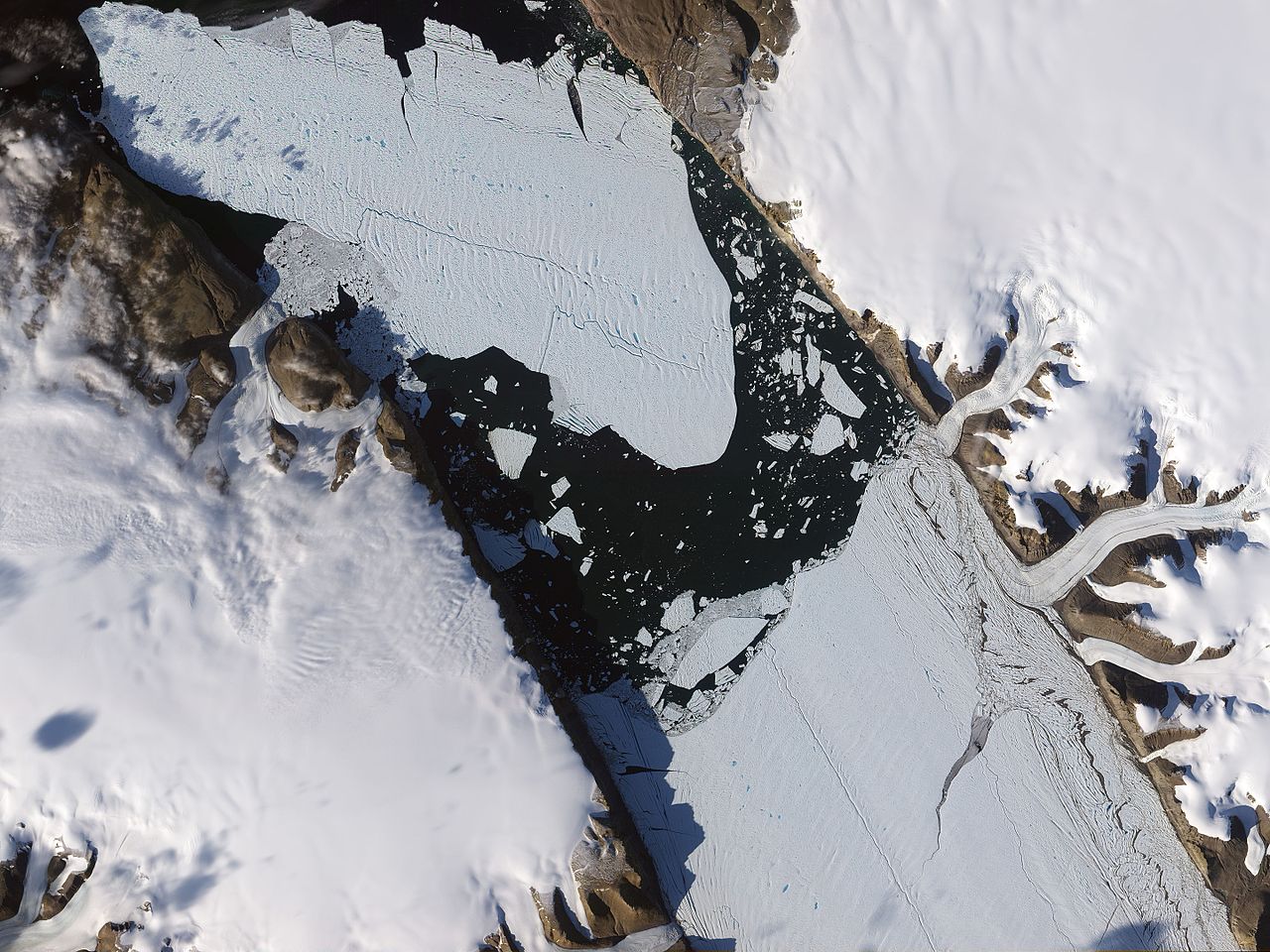 Satellite imagery of the ice island that emerged in 2010. At the time, it was 260 square kilometers (100 sq mi) in size. NASA Earth Observatory

So far, it looks like we’re headed for a Petermann Ice Island 2017.