It’s official: The bleaching of the Great Barrier Reef experienced this year has been the worst on record. With the results now in, experts have confirmed that 67 percent of sections of coral in the north of the reef died due to the extreme heat stress they experienced during large parts of 2016, while regions a little further south seem to have escaped relatively unscathed.

Earlier this year, reports of mass bleaching occurring in the pristine waters off the east Australian coast began to emerge. As the sea surface temperatures soared to 1°C (1.8°F) above average, vast tracts of coral were turning white up and down the reef. Some early estimates put the bleaching in parts of the reef at 90 percent, worrying many marine biologists and conservationists.

When it comes to coral bleaching – during which the living coral expels the photosynthesising organism that not only provides its vital food, but also its beautiful color – which happens when the water is too warm, if the temperatures then drop to within acceptable levels they can recover. But it has now become obvious that as temperatures remained high for months on end, it was simply too much for massive portions of coral in the north, which have subsequently died. 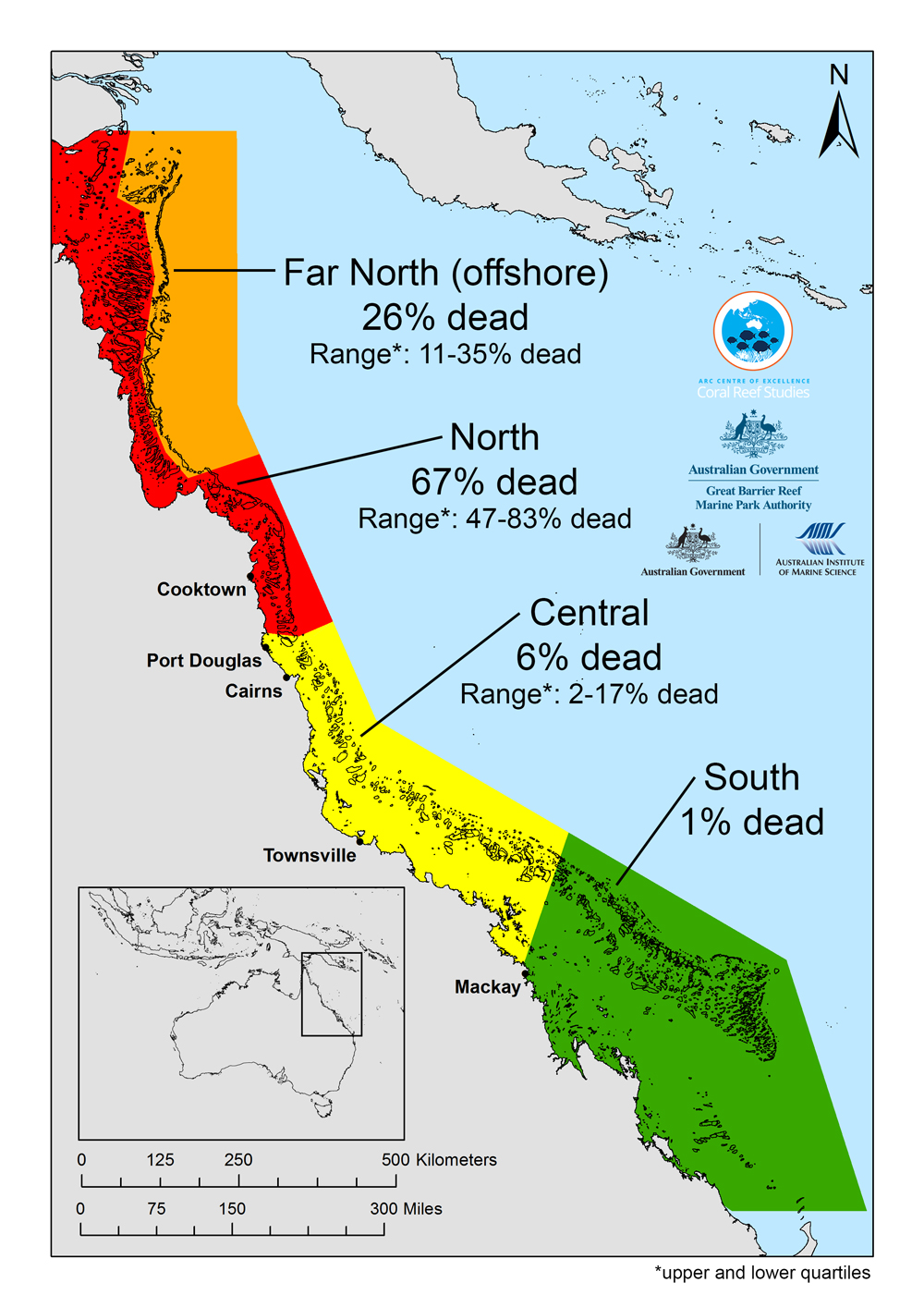 “Most of the losses in 2016 have occurred in the northern, most pristine part of the Great Barrier Reef,” explained Professor Terry Hughes, Director of the Australian Research Council (ARC) Centre of Excellence for Coral Reef Studies. “This region escaped with minor damage in two earlier bleaching events in 1998 and 2002, but this time around it has been badly affected,”

While the reef has been decimated across large regions in the north, things further to the south are faring a lot better. “The good news is the southern two-thirds of the Reef has escaped with minor damage,” said Professor Hughes. “On average, 6% of bleached corals died in the central region in 2016, and only 1% in the south. The corals have now regained their vibrant color, and these reefs are in good condition.”

But with up to 83 percent of some reefs killed off, the researchers suspect that it will take anywhere between 10 and 15 years for these regions to recover to how they once were. While this is achievable – after all the reef has undergone bleaching events before, though nothing of this scale – the fact that the climate change is the chief driver of the warming ocean is incredibly alarming.

With global temperatures expected to rise further still, many expect that bleaching events will become more and more common, sealing the fate of the world’s largest living structure. 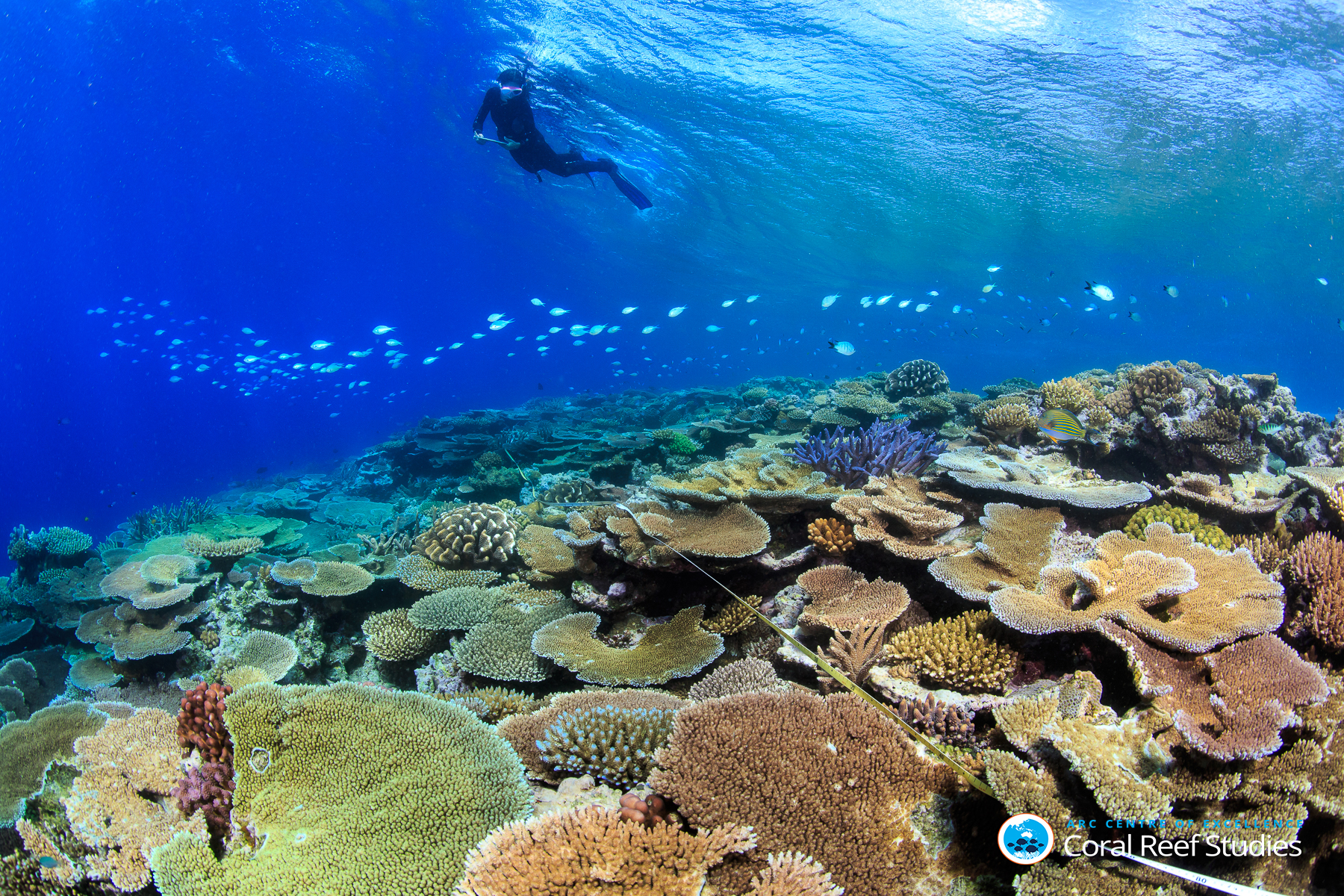 A healthy reef in the south survived the bleaching. Tane Sinclair-Taylor/ARC Centre of Excellence for Coral Reef Studies

Above right: Map shows the extent of the mortality across the Great Barrier Reef. ARC Centre of Excellence for Coral Reef Studies