Star clusters in our galaxy are made from stars of the same age, an observation astronomers rely on heavily when tracking stellar evolution. However, a new study reveals this isn't the case in one of our nearest galactic neighbors, and might once have not been true for the Milky Way as well.

Giant clouds of gas and dust condense under the influence of gravity to form groups of stars, known as clusters, which travel together around the galaxy until slowly spreading apart.

Despite this, Dr Kenji Bekki of the University of Western Australia told IFLScience some of the star clusters within the Large Magellanic Cloud (LMC), a nearby galaxy, contain stars that appear to be of different ages. The evidence was disputed, so Bekki and Dr Bi-Qing For decided to test it by looking for stars being formed within some of these clusters.

Very young stars are hard to see in visible light, so the researchers used the Spitzer telescope, which operates at infrared wavelengths, to seek what Bekki calls “baby stars”, still shrouded in gas and far from their stable brightness. In Monthly Notices of the Royal Astronomical Society, they report 15 cases of these existing in clusters 400 million to a billion years old, seven very near the cluster's center. The resolution of the telescope was insufficient to reveal whether these represent a single star per cluster, or if several stars are forming in close proximity.

Although 15 such cases out of 700 clusters examined is a low proportion, Bekki said “this could be the tip of the iceberg," since stars are only in the baby state for a short amount of time. Consequently, it is possible that many LMC clusters contain stars that formed long after the cluster itself. Indeed, the researchers estimate that this makes up a significant portion of the new star formation occurring within the LMC.

“The formation of these younger stars could have been fuelled by gas entering the clusters from interstellar space,” Bekki said in a statement. “But we eliminated this possibility using observations made by radio telescopes to show that there was no correlation between interstellar hydrogen gas and the location of the clusters we were studying.”

The true explanation is unclear, but the pair think the baby stars may be forming out of material thrown off by larger cluster members as they die. This would give them a very different chemical composition from the previous generation, but we can't yet measure that.

Whether this two-round creation process is distinctive to the LMC is also unknown. Despite being a separate galaxy, the LMC is very close to us, whereas other galaxies "are too far away to directly observe the star clusters," according to Bekki.

Our own galaxy, on the other hand, long ago stopped forming clusters of this size, so we've lost the chance to see if they happened here as well. The reason the LMC is still making big clusters remains unknown, but may relate to its interactions with our own galaxy, which being so much larger, can shake up our smaller neighbors. 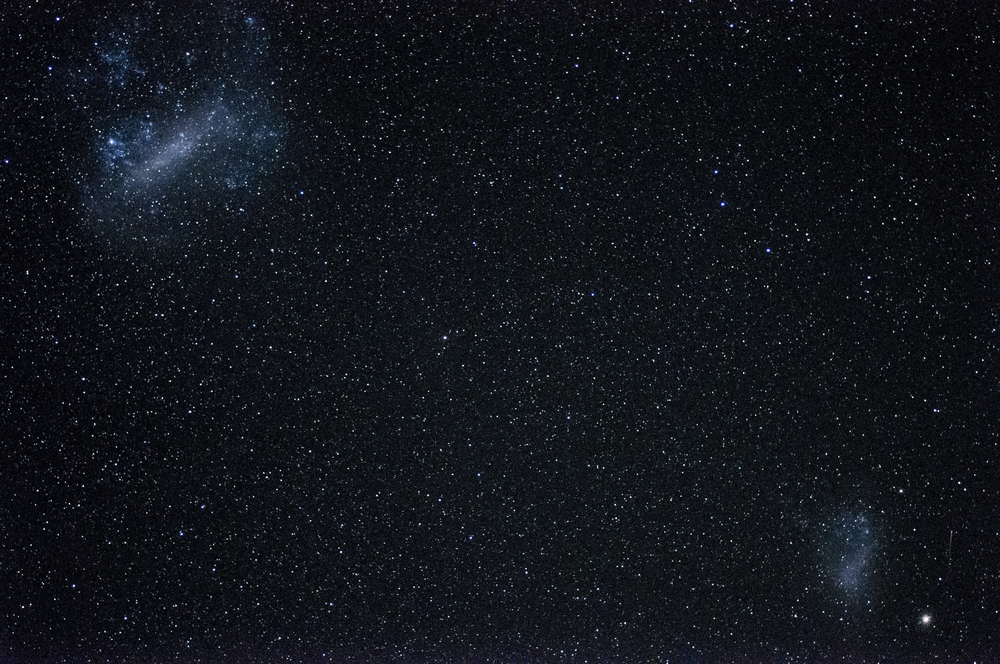 The Large and Small Magellanic Clouds are the nearest galaxies to our own aside from much smaller dwarf galaxies. The rapid star formation process makes them particularly useful for study. Owen65/Shutterstock