Women whose relatives have given birth to fraternal twins are more likely to do the same themselves. And for the first time, we have identified some of the genes involved.

Technically known as dizygotic (DZ) twinning, fraternal twins are born from a single pregnancy involving two embryos originating from separate eggs and sperm. This contrasts with identical twins, where a single sperm fertilizes an egg to form a zygote, which splits to form two embryos.

In the American Journal of Human Genetics, a team led by Professor Dorret Boomsma of Vrije Universiteit, Amsterdam, note that just six Asian births in a 1,000 involve DZ twins, while in Africa the rate is 40 in 1,000. By contrast, identical twins occur “around the world at a constant rate of around 3 to 4 per 1,000 births,” the paper notes.

Geographic variation suggests that genetics might be the main cause of difference, but the paper notes that “DZ twinning rates also vary substantially over time. For example, in the US, the observed incidence of twin births increased by a factor of 1.9 between 1971 and 2009,” and only part of this variation can be attributed to fertility treatments. “Increases in maternal age contribute to increases in twinning incidence,” the paper notes.

Some of the factors associated with higher incidence of twins have been established previously. “Mothers of DZ twins differ from other women in that they are taller, have an increased BMI, are more often overweight, and more often smoke before the twin pregnancy,” the authors report, although population-wide nutritional changes seem to have no effect above a certain threshold. Paternal genetics play no measurable role.

Genes that influence the frequency of twins have been identified in marmoset monkeys, where single births are the exception rather than the rule, and other genes have been found to control litter sizes in mice. Yet the authors report, “Efforts to characterize the genes that contribute to DZ twinning in humans have not been successful.” 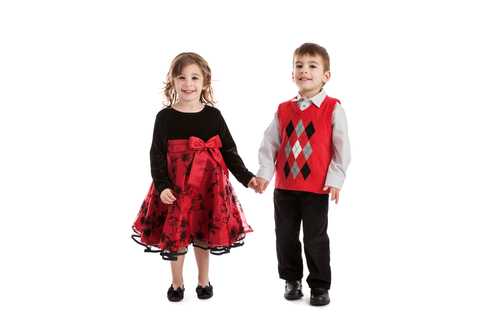 A better understanding of what causes twins could improve the prospects for pregnancies involving them. Eurobanks/Shutterstock

To rectify this, Boomsma and co-authors conducted a genome-wide association study (GWAS), a technique that scans for markers across complete genomes looking for common features, on mothers with DZ twins using twin registries in three countries. They then sought to replicate their results with the exceptionally detailed Icelandic genetic database.

Although 63 candidate genes were considered based on animal research and other prior indications, only one, known as FSHB, proved significant in the tests. FSHB controls the production of the hormone that controls the ovaries' release of eggs, so the influence of its variation was not surprising. Unexpectedly, the SMAD3 gene, which influences signaling between molecules, was also found to play a role, although the authors admit little is known about how this occurs.

The authors hope that a better understanding of the genetics could prove useful in tackling the negative effects that are particularly common in twin pregnancies, such as preterm birth and preeclampsia.