Supernovae get all the attention. These cataclysmic blasts are, of course, incredibly impressive, whether they form via self-destructive runaway fusion reactions or when two stellar masses careen into one another. However, “novae” also exist – these are eruptions in deep space marking the luminescent demise of a white dwarf, the hyperdense nuclear remnant of an aged star.

These events are very poorly understood, mainly because they are not as easy to spot as their brighter supernovae brethren. Thankfully, a new groundbreaking Nature study has managed to capture a white dwarf before, during, and after its nova explosion.

A team from Warsaw University managed to spot the event using a long-running survey that is primarily aimed at attempting to locate elusive dark matter. They spotted the blast itself in May 2009, but luckily snapped enough images of the deep space region 23,000 light-years away to reconstruct the moments before and after its explosive final act.

In this case, the eruption took place in a binary system consisting of a white dwarf and a low-mass companion star. “The distance between those two stars is very small – actually one solar radius,” first author Przemek Mróz, a doctoral student at the Warsaw University Astronomical Observatory, told BBC News. “Imagine that inside the Sun, you have two stars that are orbiting each other.”

Their extremely close, five-hour-long orbit meant that, over time, the white dwarf was able to continuously steal gas from its companion star’s outer envelope. As this team’s observations clearly show, this extra matter (mostly hydrogen) accumulated on the white dwarf’s outer rim until it became compact enough to undergo fusion in an unstoppable conflagration.

Curiously, after this type of explosion, the white dwarf remains intact. “The entire system survives the nova explosion... so the whole process starts again,” Mróz added. “After thousands of years, our nova will awake and explode again.”

The life cycle of Nova Centauri 2009 (above) accompanied by the Milky Way over the Warsaw Telescope dome at Las Campanas Observatory. J. Skowron/K. Ulaczyk/Warsaw University Observatory

Type 1a supernovae occur through a similar reaction, but these take place either as the result of two white dwarfs colliding or one white dwarf stealing far more material from a far heavier companion star, like a red giant. Unlike novae, supernovae destroy the triggering star, and often fling the companion star out into deep space all by itself.

Far from just corroborating the “classical novae” trigger mechanism hypothesis, the team also observed the type of hydrogen theft required for it to happen. Just prior to the nova, the white dwarf irregularly stole mass at a very low rate. Post-eruption, the mass transfer from the companion star to the white dwarf happened at a far higher but more stable rate.

This eruption hypothesis, one which involves a sudden change in mass transfer within a binary star system pre- and post-nova, has been around for some time. However, this is the first direct evidence for it ever found. This isn’t surprising, as this type of spectacular eruption is an incredibly rare type of event. The authors estimate its frequency of occurrence within a binary star system at once every 10,000 to 1 million years.

Significantly, this means that the team serendipitously managed to spot the white dwarf both before and after one of these highly infrequent “awakenings” – a lucky find by any measure, and perhaps in this case a literal one-in-a-million shot.

Although more evidence is required to confirm it, the team now think that the binary star system will cool quite dramatically before entering a period of long-term “hibernation.” The white dwarf will refrain from thieving hydrogen gas from the companion for many millennia, and the star system will go almost completely dark as it slumbers, invisible to the universe. 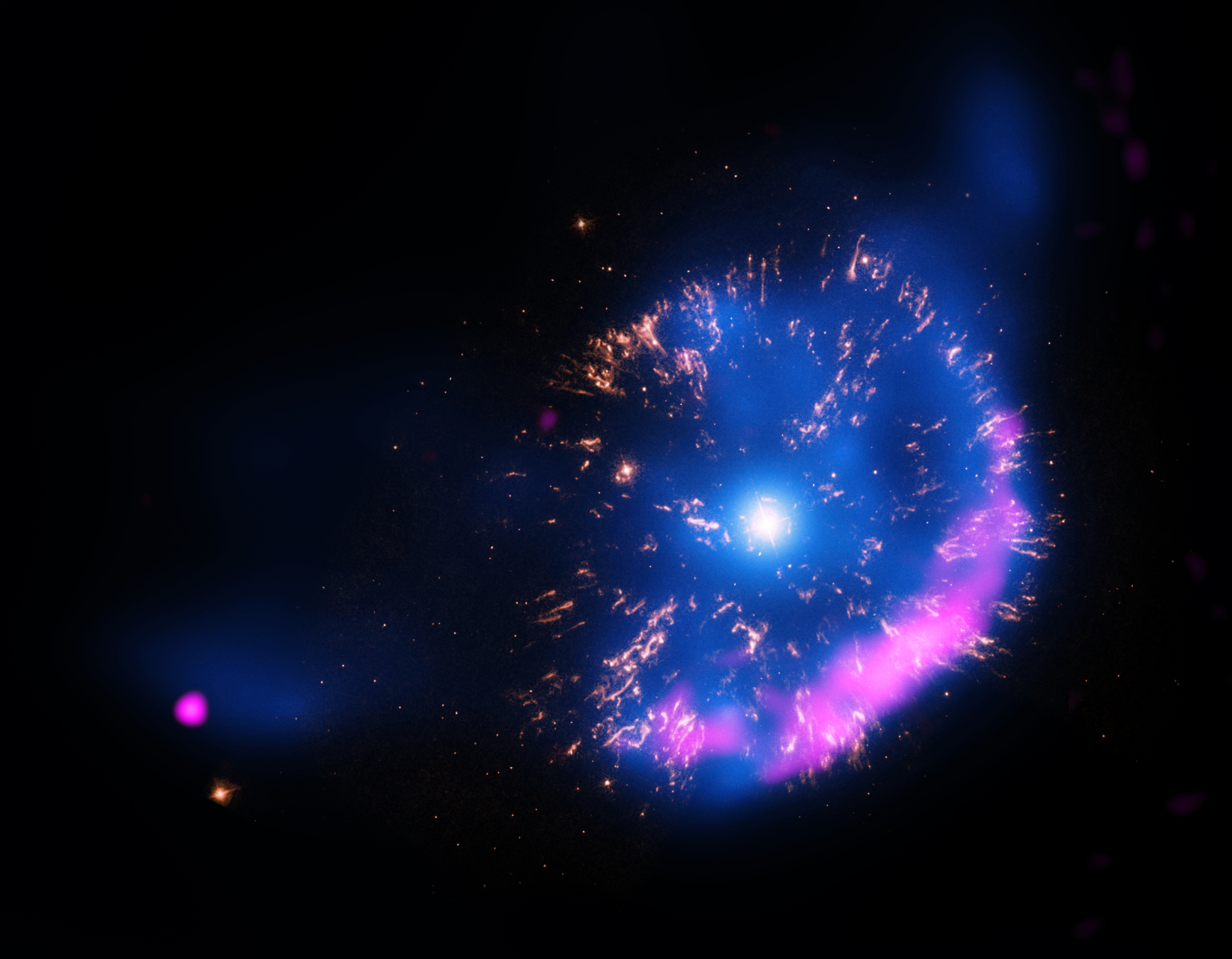 GK Persei, a bright nova that occurred in 1901. NASA/CXC/RIKEN/STScI/NRAO/VLA