DNA mutations might be caused by a rather weird, but well-known, quantum mechanism called tunnelling. This challenges the notion that quantum behavior doesn't happen in living cells, and could greatly influence our understanding of genetic mutations.

DNA holds the secrets of life on earth. Its unique structure allows it to store, code, and transform chemical messages into biological material and information. These genetic instructions allow organisms to reproduce, repair, and pass genetic information from one generation to the next – and to do this, DNA needs to replicate.

Over millions of years, DNA replication has evolved to become extremely efficient, rarely making mistakes as certain "check" and "repair" mechanisms exist to prevent potentially detrimental mutations. This does not mean DNA replication is immune to mistakes – certain spontaneous mutations do occur. It's our understanding of the mechanism behind such mutations that has been slightly more elusive.

Reporting in the journal Nature Communications Physics, physicists and chemists from the University of Surrey say they have discovered a possible mechanism.

“Watson and Crick speculated about the existence and importance of quantum mechanical effects in DNA well over 50 years ago, however, the mechanism has been largely overlooked,” says Professor Jim Al-Khalili in a statement.

DNA has a double-helical structure – two strands of genetic code containing four chemical bases, Thymine (T), Adenine (A), Guanine (G), and Cytosine (C). These chemical bases have very specific ways they interact and bind to each other: T is always bound to A, whereas G is always to C. 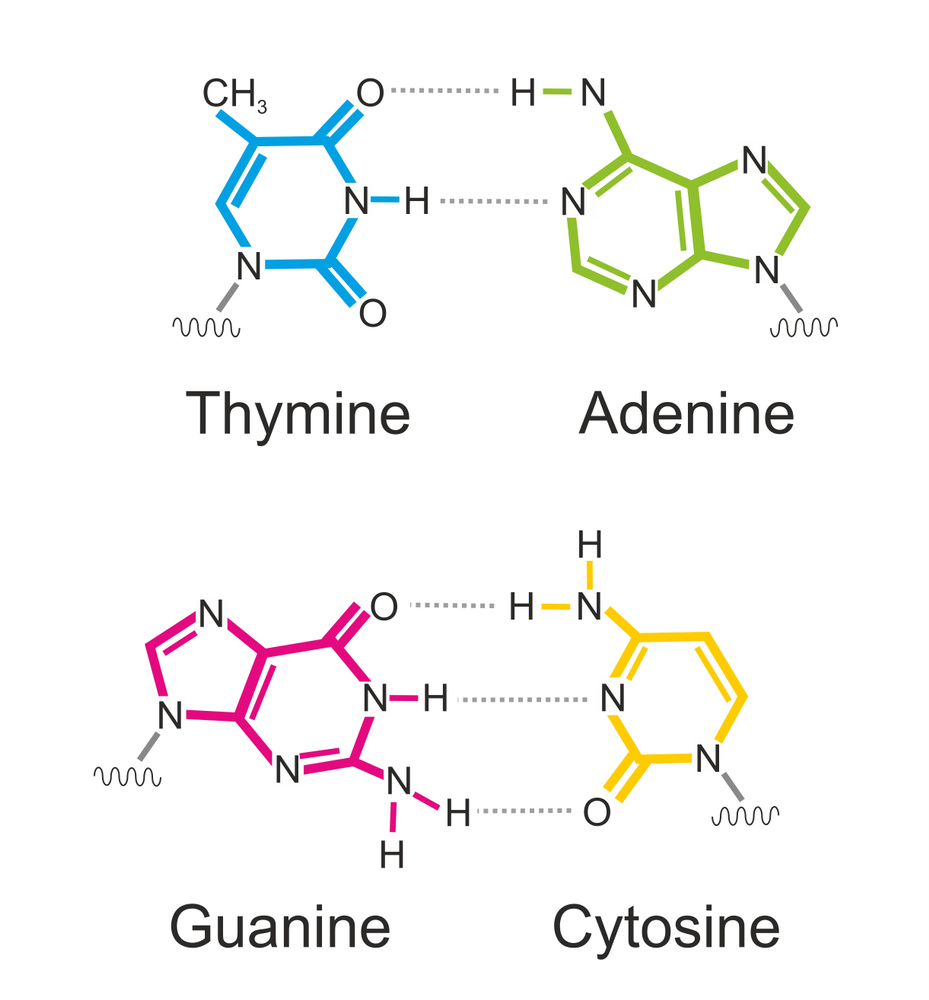 There are two types of bonds that keep the DNA helix together: the covalent interactions and hydrogen bonds between the base pairs. When a disruption between these bonds occurs, it can disrupt the pairing rule of the base pairs and cause a wrong base to link up, causing a mismatch and a possible mutation.

In the new study, researchers discovered that some of these mismatches and modifications to DNA may occur due to a quantum effect known as tunnelling, where certain particles such as protons can hop over an energy barrier to access a "forbidden" area where the proton would not be found normally.

It was previously assumed that quantum behavior may not be possible in living cells due to the warm environment.

“Biologists would typically expect tunnelling to play a significant role only at low temperatures and in relatively simple systems. Therefore, they tended to discount quantum effects in DNA. With our study, we believe we have proved that these assumptions do not hold.” says Dr Marco Sacchi.

Using complex computer modeling systems, the team found that the protons in the atoms of the base pairs of DNA might make use of the tunnelling mechanism to cross very rapidly to different regions – sometimes over to the opposing DNA base, where they hop back and forth between the hydrogen bonds. When these protons do this they might sometimes get caught on the wrong side of the base when the DNA helix starts to unwind before replication starts.

“The protons in the DNA can tunnel along the hydrogen bonds in DNA and modify the bases which encode the genetic information. The modified bases are called 'tautomers' and can survive the DNA cleavage and replication processes, causing 'transcription errors' or mutations.” confirms Dr Louie Slocombe, who performed these calculations during his PhD.

These findings suggest that quantum tunnelling plays an important role in DNA mutations, and might change our understanding and have far-reaching consequences on genetic models of mutations going forward.