By studying comets we can learn about the very first moments of the Solar System, so it’s very important to have a good idea about their histories.

Researchers from Western University, Canada used statistical analysis and scientific computing to work out where 67P/Churyumov-Gerasimenko, AKA Rosetta’s comet, comes from. According to their model, just 10,000 years ago the comet moved from the Kuiper Belt beyond the orbit of Neptune to its current location, an eccentric orbit between Earth and Jupiter. And 400,000 years ago, its orbit may have taken it beyond Pluto.

This discovery suggests that 67P is part of a group called the Jupiter-family comets, ones that are strongly influenced by the gas giant. The findings were presented at the joint 48th annual meeting of the Division for Planetary Sciences (DPS) of the American Astronomical Society (AAS) and 11th annual European Planetary Science Congress (EPSC) in Pasadena, California.

"These results come from computations of the comet's orbit from the present to the past, which is computationally difficult due to the chaosity of the orbit caused by close encounters with Jupiter," said Mattia Galiazzo in a statement.

"Thus the details are obscure but we can establish a dynamical pathway from its current orbit back to the Kuiper belt." 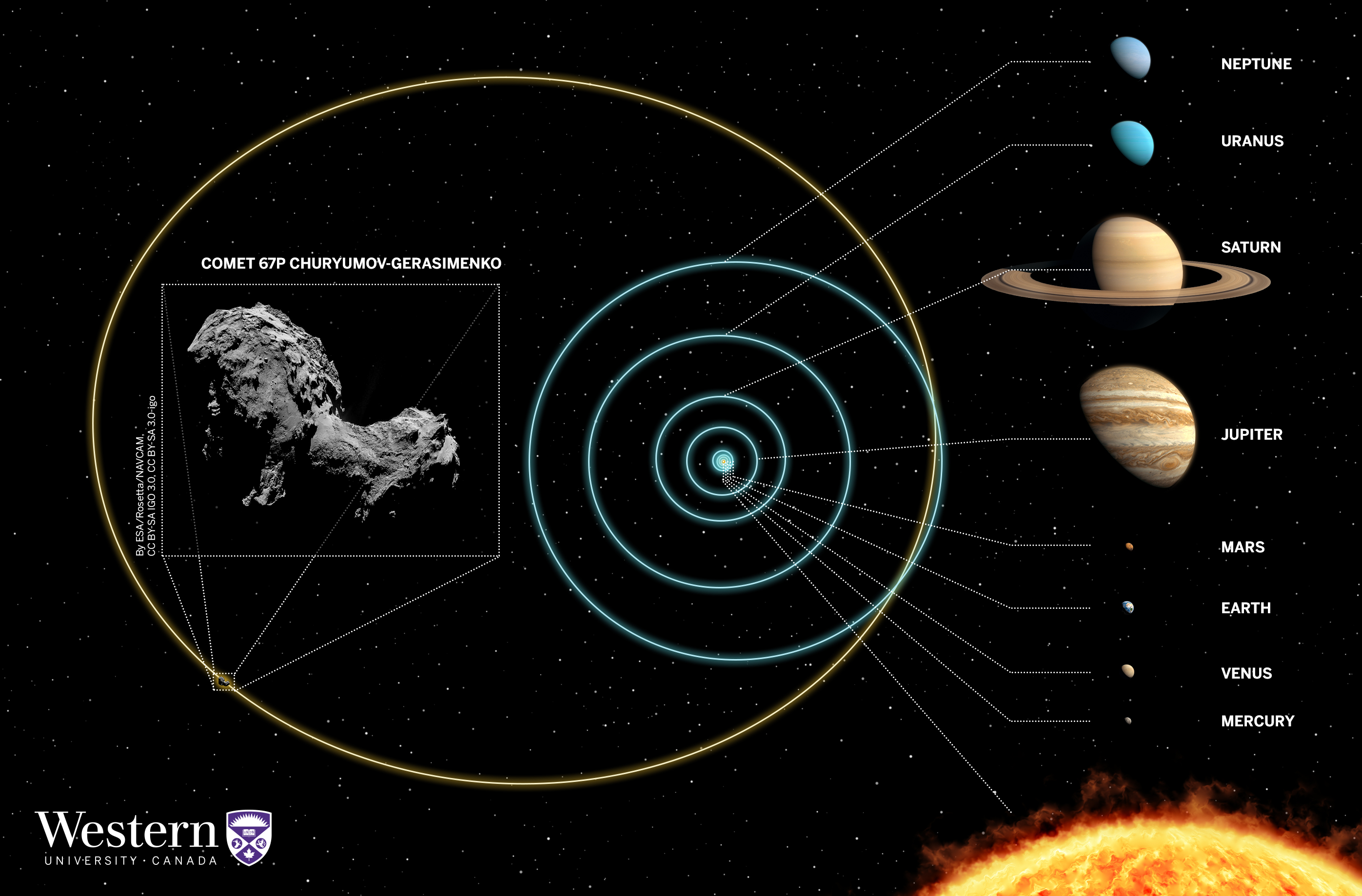 The Kuiper Belt is a region of the Solar System that extends from the orbit of Neptune outwards. It is full of asteroids, comets, and several dwarf planets like Pluto. Most of the smaller objects in this region have remained unchanged since the dawn of the Solar System.

This makes the finding very interesting. According to Galiazzo and his collaborator, Paul Wiegert, 67P is made of the primordial material all the planets in the Solar System come from and it is a recent arrival in the inner Solar System. Before that, the comet spent millions of years in the scattering disk, a distant portion of the Kuiper belt, before moving inwards after interactions with other objects.

At some point, the comet's path led it too close to Jupiter, which began controlling its orbit and trapping it where it is today.