Astronomers might have observed an ice planet forming around TW Hydrae, an orange dwarf star 176 light-years from Earth. Researchers looked at the system using the Atacama Large Millimeter/submillimeter Array (ALMA), which can look at the cool dust grains that make up the planet-forming disk.

In a series of observations to be published in the Astrophysical Journal Letters and available online, the team has observed a system with a protoplanetary disk that is made of gas and dust grains of different sizes. In the disk, there are five gaps, in which some of the larger dust grains are missing. In one of them, almost 50 percent of the large dust grains are not there.

That prominent gap is located 3.3 billion kilometers (2 billion miles) from the star, slightly further than Uranus is from the Sun. "Combined with the orbit size and the brightness of TW Hydrae, the planet would be an icy giant planet like Neptune," said lead author Takashi Tsukagoshi in a statement.

The system had already been spotted as a potential planet-forming cradle, but the new observations looked at differentiating between the different types of dust grains. When a planet is forming, the large dust grains are the first to go due to gravitational interaction and friction between the gas and dust. Thus, finding a gap lacking dust grains is a clear indication that a planet might be forming there. 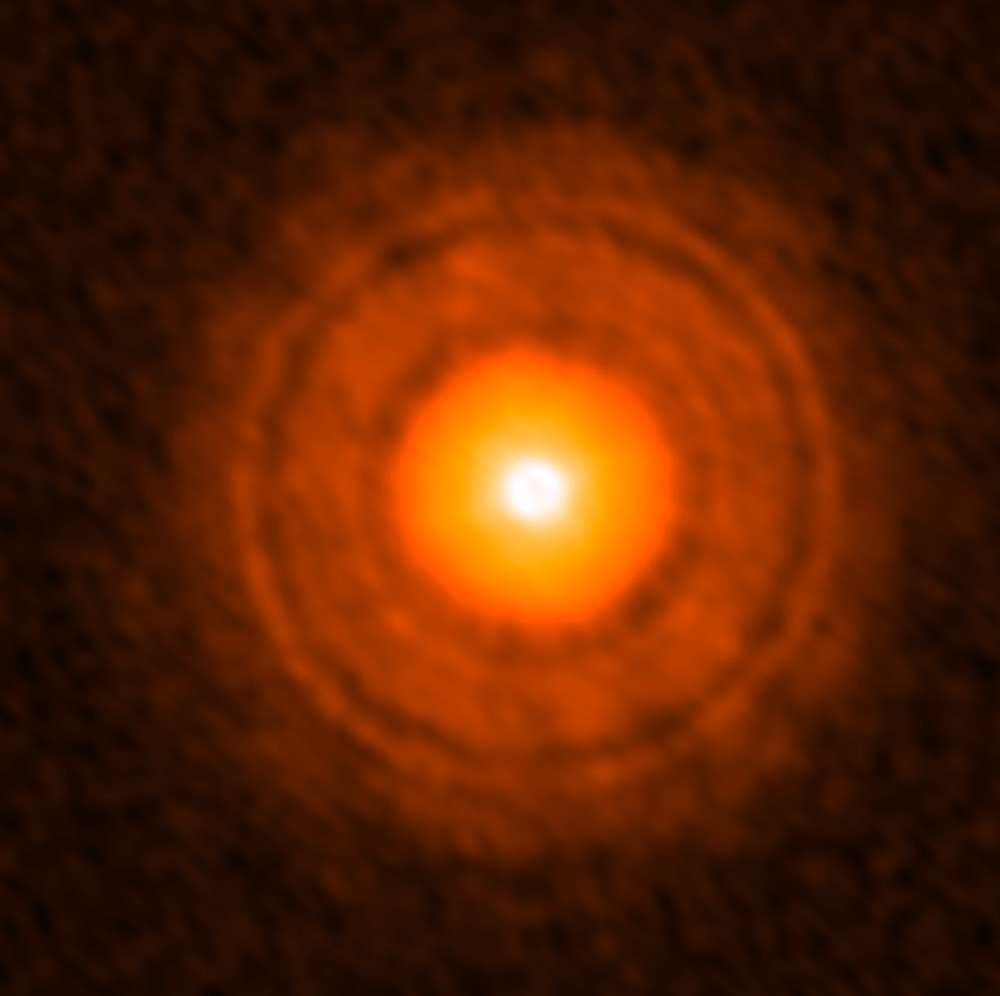 The new observations also provide a more precise measurement of the larger gap, indicating the presence of a planet up to 25 times the mass of Earth. But the authors say that other less likely hypotheses could explain this peculiar gap.

The researchers are now planning further observations to better characterize the system. They hope to carefully analyze its gas content, which should give the researchers more constraint on the mass of the forming planet.

The discovery is truly a testament to the power of ALMA. With its 66 antennas in the Atacama desert, the observatory is providing a new look into the universe and, with these findings, we are one step closer to understanding the origin of different types of planets.