The final piece of missing evidence has emerged to prove vaccines against the human papillomavirus (HPV) reduces cervical cancer rates. Until now, numerous lines of research have provided positive indications, but the last essential test was always going to take time.

A report in the Canadian Medical Association Journal has revealed that girls who received the Gardasil vaccination in 2008 are more than a quarter less likely to have cervical abnormalities that can lead to cancer than those who were not vaccinated.

Most cervical cancers are caused by HPV. So when Professor Ian Frazer demonstrated the capacity of artificial “virus-like particles” to produce antibodies against HPV, it was likely vaccines made from these particles could help prevent a disease that kills 270,000 women each year.

However, HPV infections take years to turn cancerous. Frazer's work left health authorities with a conundrum. Waiting to see if the trials of the vaccine reduced cancers would mean leaving tens of millions of girls unvaccinated in the meantime.

The decision was controversial. Gardasil is expensive, and some politicians argued that protection against HPV would encourage teenage promiscuity. Naturally, anti-vaccination advocates jumped on board, publicizing rare cases of negative reactions. Even some medical researchers questioned if the immunity would last.

Early evidence for the effectiveness of the vaccine emerged with the fall in the frequency of genital warts. Like cervical cancer, genital warts are caused by HPV (although usually by different strains), but they take much less time to emerge. Several studies have shown that genital warts are becoming less common wherever vaccination is widespread. Success against warts does not equal success against cancer, but is considered suggestive.

Moreover, the most dangerous strains of HPV are becoming rare as herd resistance does its work.

Nevertheless, the missing piece of the puzzle was data on cervical abnormalities, which Alberta Health Services' Dr Huiming Yang has provided. "Eight years after a school-based HPV vaccination program was initiated in Alberta, 3-dose HPV vaccination has demonstrated early benefits, particularly against high-grade cervical abnormalities, which are more likely to progress to cervical cancer," Yang and co-authors wrote.

From a sample of 4,538 women who were among the first to receive the Gardasil vaccine in 2008, 11.8 percent had cervical abnormalities, while the figure was 16.1 percent for their unvaccinated contemporaries. Most of these abnormalities were considered “low-grade” and unlikely to lead to cancer; women who had not been vaccinated were more than twice as likely to have “high-grade” abnormalities.

The presence of abnormalities even among vaccinated women is unsurprising since the vaccine does not protect against all strains of the virus. Consequently, it remains important for vaccinated women to get pap tests, although the authors suggest consideration should be given to conducting these less frequently. 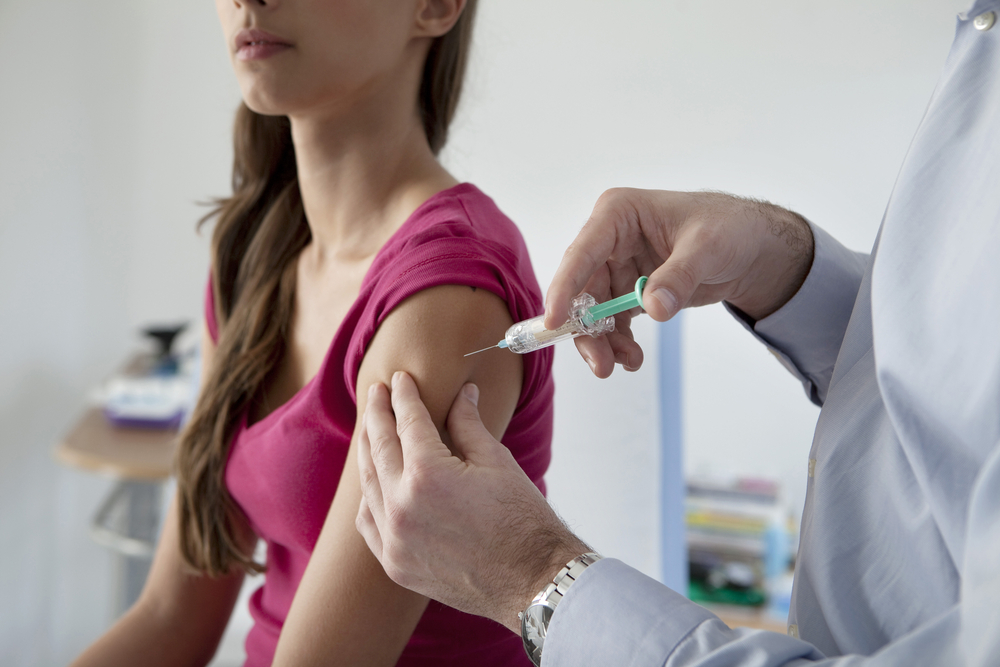 Health and Medicine
Cold Water Swimming Is All The Rage But Is It Actually Good For You?

Cold Water Swimming Is All The Rage But Is It Actually Good For You?