Attempts to turn Tasmanian Devil Facial Tumor Disease (DFTD) cells against the disease have produced encouraging results, raising hopes for a viable vaccine. The work not only may save the cantankerous marsupial from extinction, but could also uncover new ways of treating human cancers.

Transmissible cancers are rare, and DFTD has a number of features unlike anything scientists have seen before. Even if it hadn't killed an estimated 80 percent of an apex predator, DTFD would be the subject of much study for the insights it could offer to cancers in general.

Tragically, however, researchers are in a race against time to save the Tasmanian devil population, and they don't have a lot of subjects to do tests on. Reporting on their work training the devil's immune system into attacking the tumors, University of Tasmania's Dr Cesar Tovar and co-authors note they were restricted to nine devils, four of which were used as controls while some were quite elderly. Consequently, their results, published in Scientific Reports, cannot be conclusive.

Nevertheless, Tovar achieved something important. Previous efforts to protect against DFTD used killed cancer cells. Although these produced an immune response, Tovar told IFLScience some devils vaccinated in this way subsequently became infected with the disease.

As senior author Professor Greg Woods reported last year, the tumor cells have a way of “hiding” from the immune system, limiting the effectiveness of attempts to prime it.

Tovar told IFLScience his team's success came through culturing the cancer cells, turning on certain genes that make the cells visible to the immune system and then injecting them into infected devils. When this was done, the devils' defensive system was able to not only attack the cultured cells but also tumors that had previously escaped attention. 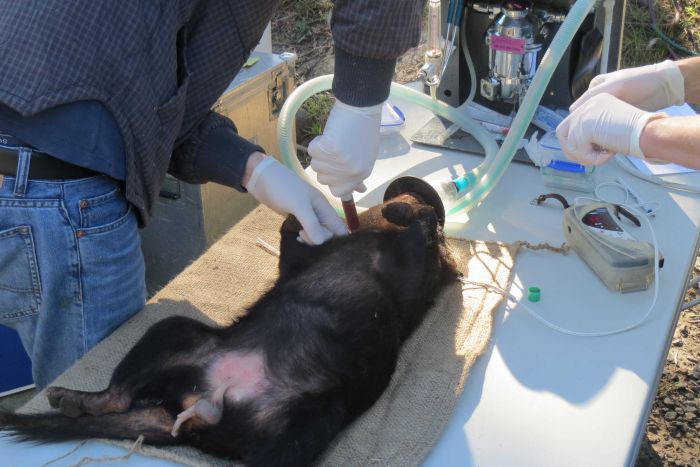 Tumors the size of golf-balls vanished over three months. “This is almost a Eureka moment for us because it’s the first time we can say for sure that it was the immunotherapy that was making the tumor shrink,” Woods said in a statement.

Tovar added: “Our research shows that a DFTD vaccine is feasible. We are focusing our efforts on developing strategies to improve the devils’ response to immunization.”

That said, it's not clear how close the team are. Several of the devils treated in this way died within months. In at least some cases, this could be attributed to their age, rather than the tumor, but further work is required before vaccinations of wild devils can be expected to provide protection.

Since many human cancers have a similar capacity to hide from our immune systems, Tovar told IFLScience it is possible lessons learned in protecting devils will one day be used to save human lives. 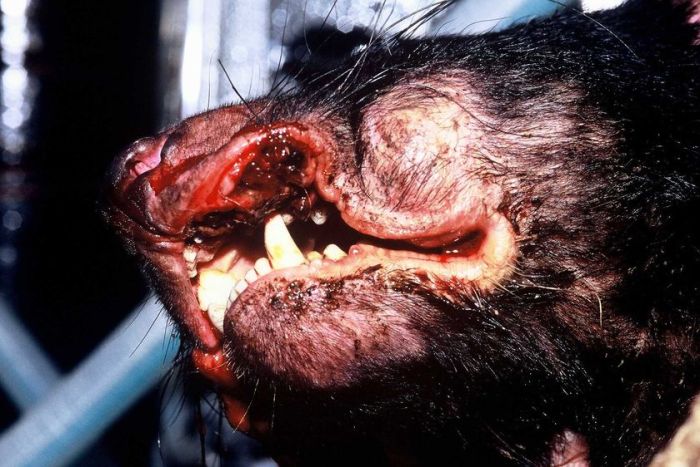 We did warn you. Menzies Research Institute.