The troubling rise in suicides combined with our out-of-control opioid addiction crisis has lowered the average life expectancy of the US population, according to a new analysis from the Centers for Disease Control and Prevention (CDC).

Life expectancy had risen slowly yet steadily throughout the 20th century (except for the few years surrounding the 1918 flu epidemic) and into the first decade of the 21st. But around 2012 it plateaued, and in 2015, it started to decline – although the average for females alone has remained mostly steady.

“Tragically, this troubling trend is largely driven by deaths from drug overdose and suicide,” CDC director Dr Robert Redfield said in a statement.

“Life expectancy gives us a snapshot of the Nation’s overall health and these sobering statistics are a wakeup call that we are losing too many Americans, too early and too often, to conditions that are preventable. [The] CDC is committed to putting science into action to protect U.S. health, but we must all work together to reverse this trend and help ensure that all Americans live longer and healthier lives.” 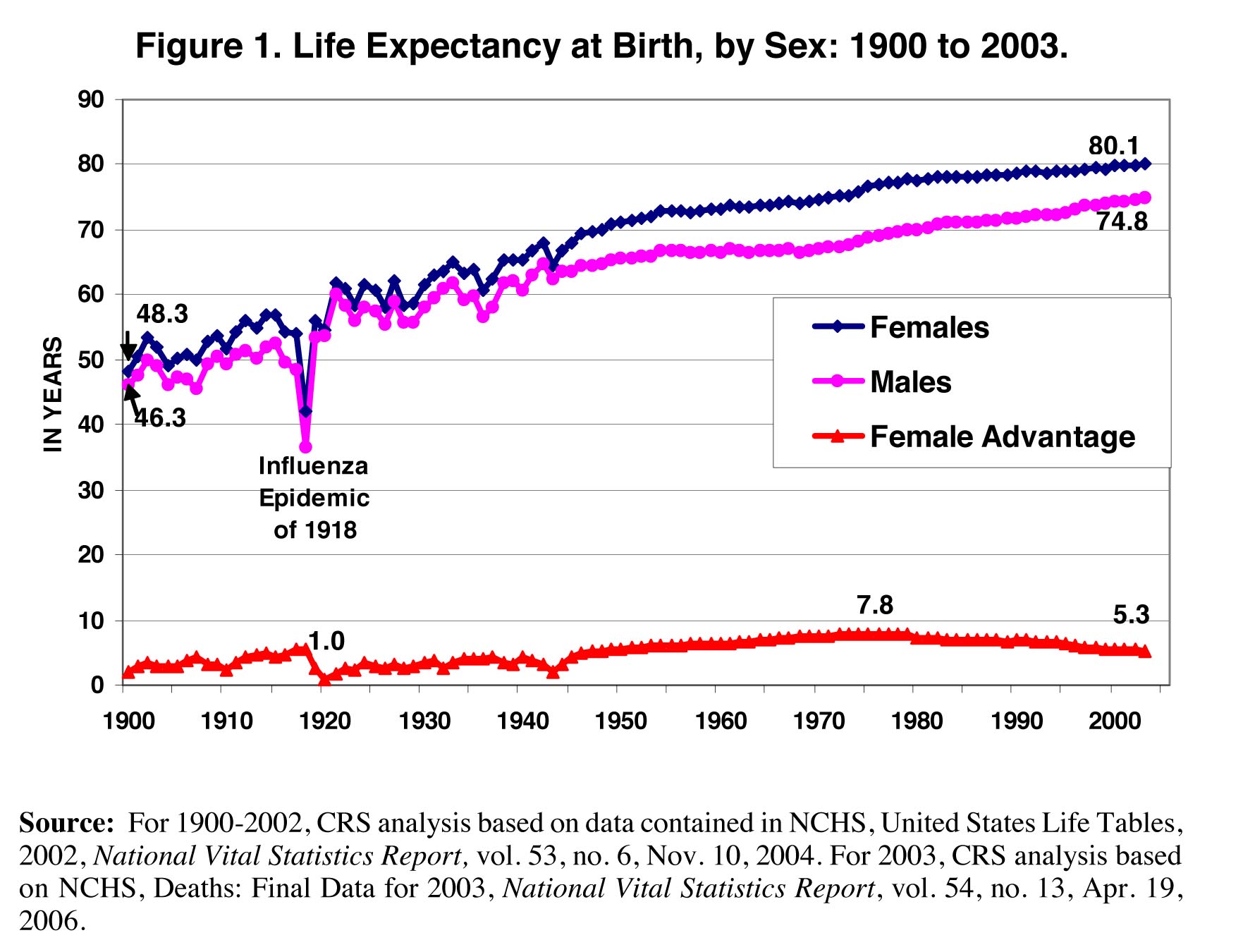 Using a database of death certificate information from all 50 states, a team of CDC researchers determined that the overall life expectancy for Americans declined from 78.7 years in 2016 to 78.6 years in 2017, driven by a 0.1-year reduction in men. Women’s life expectancy was 81.1 both years, whereas men’s lowered from 76.2 to 76.1 years.

The top 10 causes of death, which account for 74 percent of mortality in the US, remained the same between 2016 and 2017. These are, in order of most to fewest deaths: heart disease, cancer, unintentional injuries, chronic lower respiratory diseases, stroke, Alzheimer's disease, diabetes, influenza and pneumonia, kidney disease, and suicide. However, the rates for all except three of these went up in 2017 (cancer death rate decreased by 2.1 percent and both heart and kidney disease rates remained the same).

In 2017, there were 70,237 fatal drug overdoses – an increase of 9.6 percent from 2016. The elevated rate of these deaths, categorized as “unintentional injuries”, was seen across both sexes and all age groups.

Though deaths from overdoses of all types of opioids have increased since 1999, the change in mortality induced by synthetic opioids other than methadone, meaning products like fentanyl, has had the most alarming upswing. The rate has been going up by approximately 71 percent per year since 2013.

Here’s to hoping that we can pause these upward trends by dedicating more funding to mental health research as well as community, state, and federal outreach and treatment services.