While Donald Trump's travel ban has been getting just a smidgen of the media’s attention over the last week or so, another of his executive orders that may have doomed an entire species has slipped somewhat under the radar.

It was only last month, in the closing days of Obama’s presidency, that it was announced that the first bee species in the continental United States was to be listed as an endangered species. Over the last 20 years, the rusty patched bumblebee has declined by a worrying 87 percent, and now only clings on in fragmented pockets across 13 states. It was hoped that the increase in protection would help the near-extinct insect bounce back.

But that recovery has now been cast into doubt, as Trump's executive order has frozen for 60 days all federal regulations yet to be implemented, citing the need to review “questions of fact, law and policy they raise.” This came just a single day before the bumblebee was to be officially listed by the Fish and Wildlife Service, something that would have given the creature full protection. 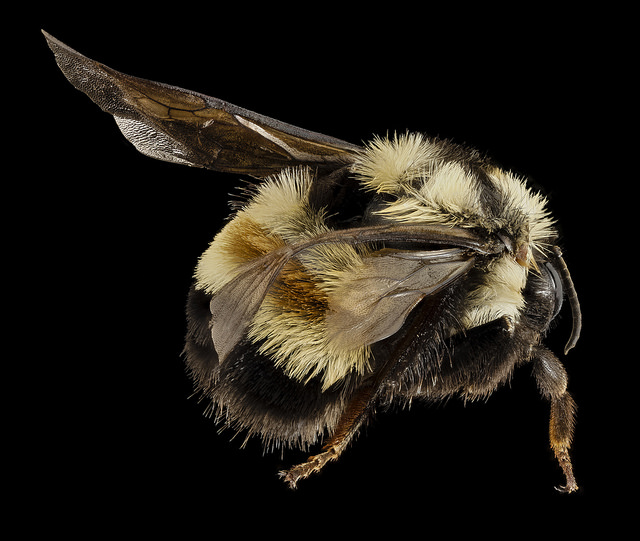 Environmental groups have lamented that this may well seal the crucial pollinator’s fate. “The Trump administration has put the rusty patched bumble bee back on the path to extinction,” said Rebecca Riley, the senior attorney at the Natural Resources Defense Council, in a statement. “This bee is one of the most critically endangered species in the country and we can save it – but not if the White House stands in the way.”

The decline of the bee is thought to be due to a mix of factors. Habitat loss, climate change, and disease are all thought to contribute, but the heavy use of pesticides has also been highlighted. One class of insecticides known as neonicotinoids, or neonics for short, is thought to be particularly problematic to bees.

The European Union has placed a moratorium on the commercial use of the chemicals for the last few years, until the evidence that implicates them in pollinator decline, particularly for bees, is settled. There has been much debate about the role that neonics play in this, with observations suggesting that they may disrupt the pollinators’ navigation abilities, confusing the insects to such a degree that they cannot find their way back to the hive and subsequently dying.

Environmentalists are worried that while the addition of the bee to the list of endangered species has only been delayed by 60 days, this may be increased. The insect's decline could have further impacts on farmers, something that Trump may want to avoid.