Researchers in Japan have developed tiny insect-sized drones that can artificially pollinate plants, in a bid to take the pressure off declining bee populations.

The team from the National Institute of Advanced Industrial Science and Technology in Tokyo designed the "artificial pollinator" drones so that, rather than replacing bees, they might in the future aid in carrying the pollination burden that modern agriculture demands have put on bee populations.

However, they have yet to be tested outside the lab and are currently remote-controlled, not autonomous, so this is just the first step. Their study is published in the journal Chem.

The drones, measuring just 4 centimeters (1.6 inches) across, have a small patch of horse hair stuck to the underside of them to mimic the fuzzy body of a bee, which helps pick up pollen when they are visiting flowers for their nectar. The horse hair is coated in a type of ionic liquid sticky gel, accidentally discovered and then forgotten about for nearly a decade by the study’s lead author Eijiro Miyako. 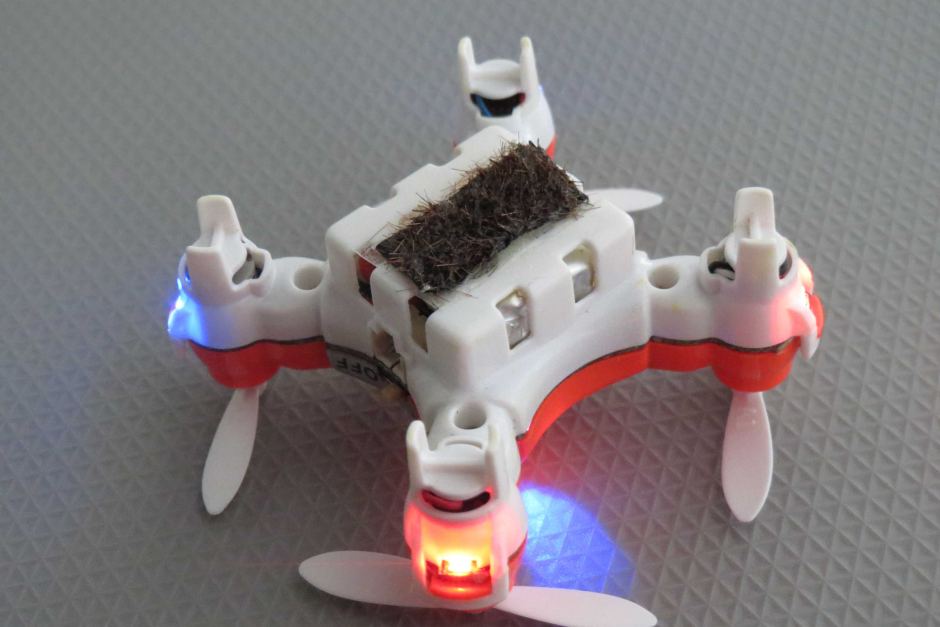 OK, so it doesn't actually look much like a bee. Dr Eijiro Miyako

Inspired by concerns for declining bee populations and the rise in robotic insects, Miyako thought the gel could be applied to act in a similar way to bees, being sticky enough to collect pollen but not too sticky that it can't be deposited elsewhere.

"This project is the result of serendipity," Miyako said in a statement. "We were surprised that after eight years, the ionic gel didn't degrade and was still so viscous. Conventional gels are mainly made of water and can't be used for a long time, so we decided to use this material for research."

Miyako’s team tested the remote-controlled drones in the lab on pink-leaved Japanese lilies. They successfully managed to pollinate them, causing them to begin the process of producing seeds.

The researchers think their development could help to counter the stress on declining bee populations. "We believe that robotic pollinators could be trained to learn pollination paths using global positioning systems and artificial intelligence," Miyako said.

However, the drones are not quite ready for mass pollination – they're still tricky to control and they've only been tested on one kind of flower. As we know, flowers come in a variety of shapes and sizes, often requiring bees to crawl inside them.

But if you're worried about the scarily prophetic Black Mirror episode where robot pollinator bees are hacked and programmed to kill people, don’t worry. This has been addressed already by The Verge who, when they put it to Miyako, elicited this wonderful response: “Come on! All of the robots must be used for peace, right?”

japanese scientists successfully pollinate flowers via a bee-inspired drone from designboom on Vimeo.