Greek statues never used to be so pale. When they were originally painted, they were adorned with vivid hues and bright colors, but it’s hard for most to imagine quite what this would have looked like. However, using a mixture of techniques, archaeologist Vinzenz Brinkmann has produced a few recreations of what some ancient statues would probably have looked like.

After analyzing real-life statues, scaled replicas were manufactured and hand-painted to resemble their original counterparts, and it’s safe to say they would have been a little on the garish side. Bright purples, golds, pinks, reds, and blues are particularly prominent, and some examples look like they’ve been thrown up on by a parade of saccharine gummy bears.

There are multiple methods that allow archaeologists to peer back in time and visualize such magnificent works of art as they were originally intended to be seen. One such technique is known as “raking light”.

By carefully angling a lamp and zooming in on the fine indentations and marks still remaining on these statues thousands of years after they were first sculpted, beady-eyed researchers can see areas where paint used to be. As it turns out, the extra layer of paint prevented wind and time from eroding these segments as much as thinly painted or non-painted areas, and as a result, they are raised.

Although the original paint color cannot be determined using this technique, patterns of paint can be, and that’s a good start.

Ultraviolet (UV) light can also be deployed to find different types of paint patterns. This type of light makes energetically excited organic compounds, including many paints, fluoresce. As Gizmodo points out, art dealers use this technique to see if any paintings have been doctored, as older paints have more organic compounds in them compared to modern variants, which tend to have very little.

Similarly, when a Greek statue is exposed to UV light, microscopic dots of paint still hidden within the marble’s tiny crevasses glow, and even more detailed patterns can be seen. However, it’s incredibly rare to be able to use this technique to determine the precise pigment that was used, and that’s where a bit of artistic time travel is required – with the help of X-rays and infrared light.

As aforementioned, older paints are made of organic materials, and this is because they were often made using plant and animal-derived pigments. X-ray and infrared light, both on opposite ends of the electromagnetic spectrum, are absorbed and reflected differently by these types of materials, and scientists know what materials and compounds absorb and reflect these wavelengths in incredible detail.

So, by bombarding statues with these type of radiation, these minuscule paint blebs on statues reveal what organic compounds they are made of, and therefore indicate what color they almost certainly would have been. Putting this all together, researchers can pretty much work out what these statues used to look like thousands of years ago – and as the images clearly reveal, they look pretty horrible, although beauty is in the eye of the beholder, we suppose.

Either way, the science behind the works is quite something, and much of Brinkmann’s work – technically known as ancient polychromy – has been on the move as part of a traveling exhibition called “Gods in Color”. 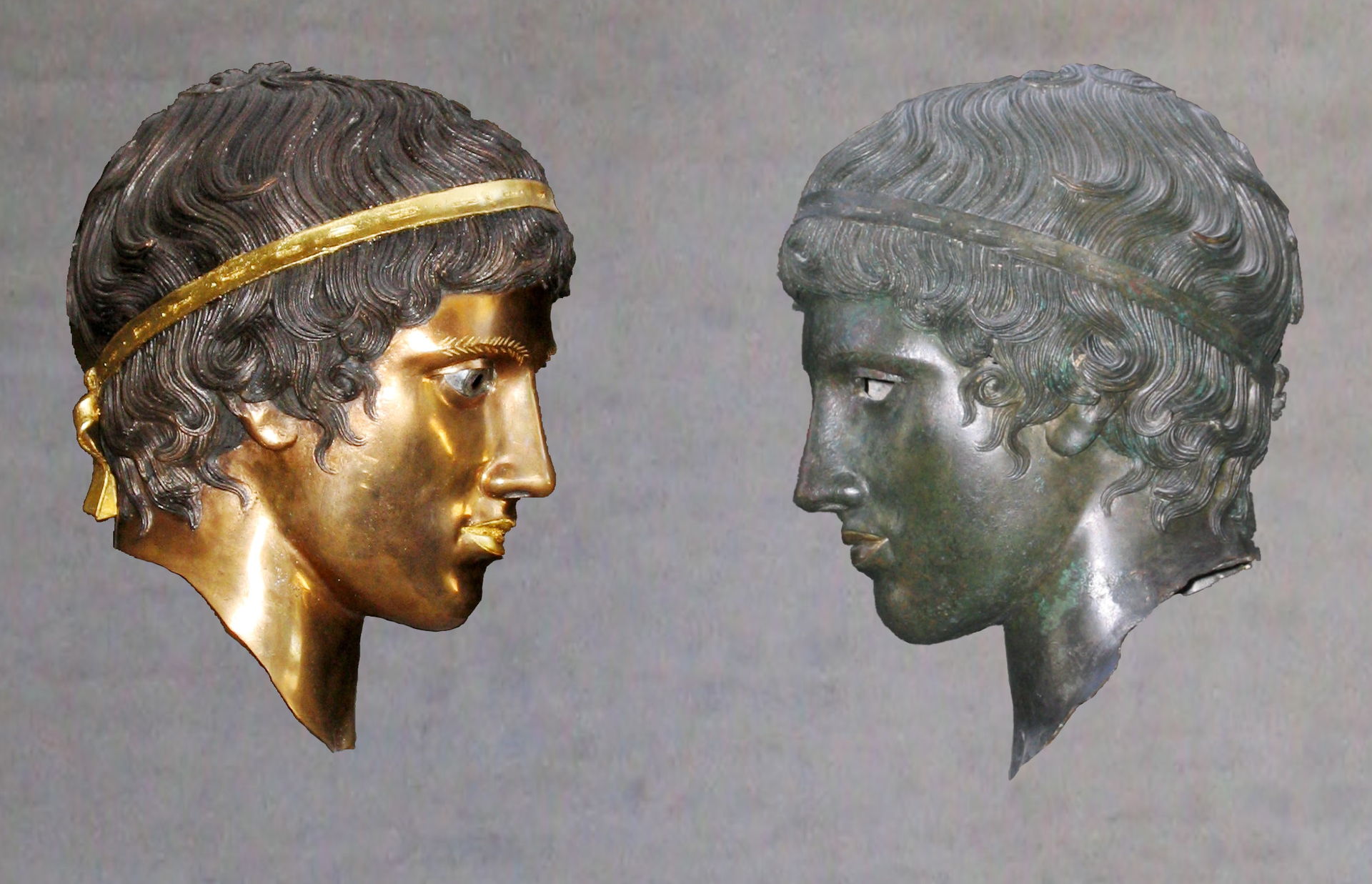 The colored reconstruction and the weathered original (right) of a bronze head. MatthaisKabel/Wikimedia Commons; CC BY-SA 3.0