There’s something strange happening on the Martian moon Phobos. The moon, fairly unusual for a variety of reasons, has chains of craters across its surface that have gone unexplained. A new study, though, may have an answer.

Published in Nature Communications, the study led by Michael Nayak from the University of California, Santa Cruz, proposes that at least one chain of craters (or grooves) on the moon was caused by material thrown up by a previous impact raining back down on the surface. The team simulated this initial impact, which formed a crater 2.6 kilometers (1.6 miles) wide called Grildrig near the moon’s north pole, to come up with the new theory.

So weak is the gravity of Phobos, with the moon being just 22.2 kilometers (13.8 miles) across, that it does not take much for material to escape its gravitational pull. According to the study, this debris can enter orbit around Mars, before being recaptured by Phobos and falling back onto its surface in just a few orbits.

These newly explained chains of craters would be sesquinary craters. When an object first impacts a body and forms a crater, we call that a primary crater. This can kick up debris, and if some of that re-impacts the surface almost immediately, it forms a secondary crater. In some instances, though, the initial impact is so strong that it can enter orbit around the body. If this material falls back onto the initial body, this is known as a sesquinary crater. 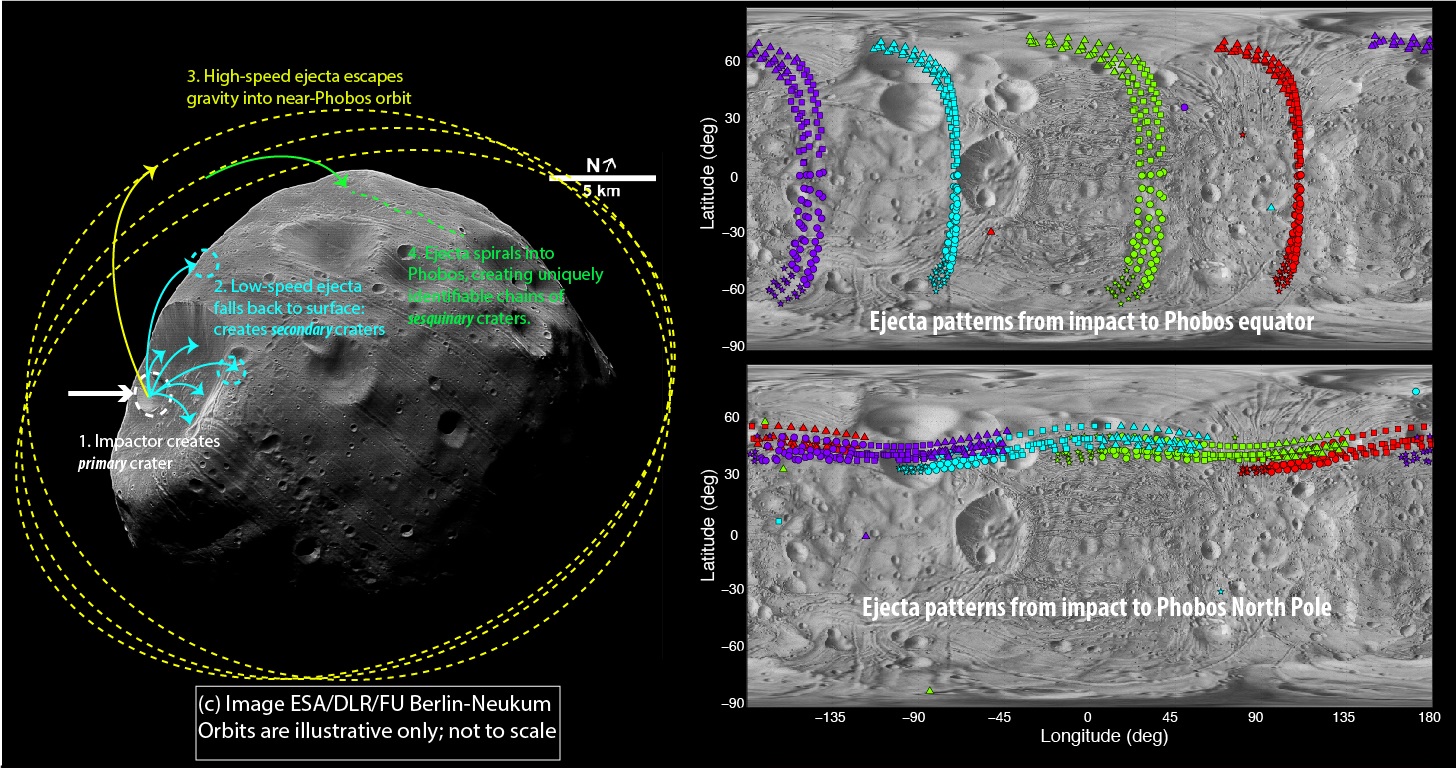 Primary crater in white, secondary in cyan, and sesquinary (which forms these chains) in green. On the right, two proposed models for how crater chains can form. M. Nayak

Phobos was already unique in being the closest orbiting moon in the Solar System, completing an orbit of Mars in just seven hours at a distance of just 9,000 kilometers (5,600 miles). At this close distance, it experiences intense tidal forces from Mars, forming some fractures and grooves across its surface – a sign that the moon will likely disintegrate in no more than 50 million years.

The grooves near the Grildrig crater, though, do not follow the expected path of tidal stresses, leading to the somewhat remarkable new theory. If confirmed, this would be the first – and perhaps only – place in the Solar System where this sort of event has occurred.

The reason this feature may be unique to Phobos is because the Moon is so close to Mars, beyond the Roche limit, which is the theoretical limit where a satellite should break up due to the pull of the planet. "So any crater created in the last 10 million years would create ejecta that would then fall back to Phobos in the pattern we predict," Nayak told IFLScience. "And that's also why they couldn't occur on other worlds. No other moon in the Solar System is as close to its planet as Phobos is to Mars."

This also means that there could be more of these crater chains on Phobos. Coupled with the grooves caused by tidal stresses, these two theories could explain “most if not all of the grooves on Phobos,” Nayak said in a statement. 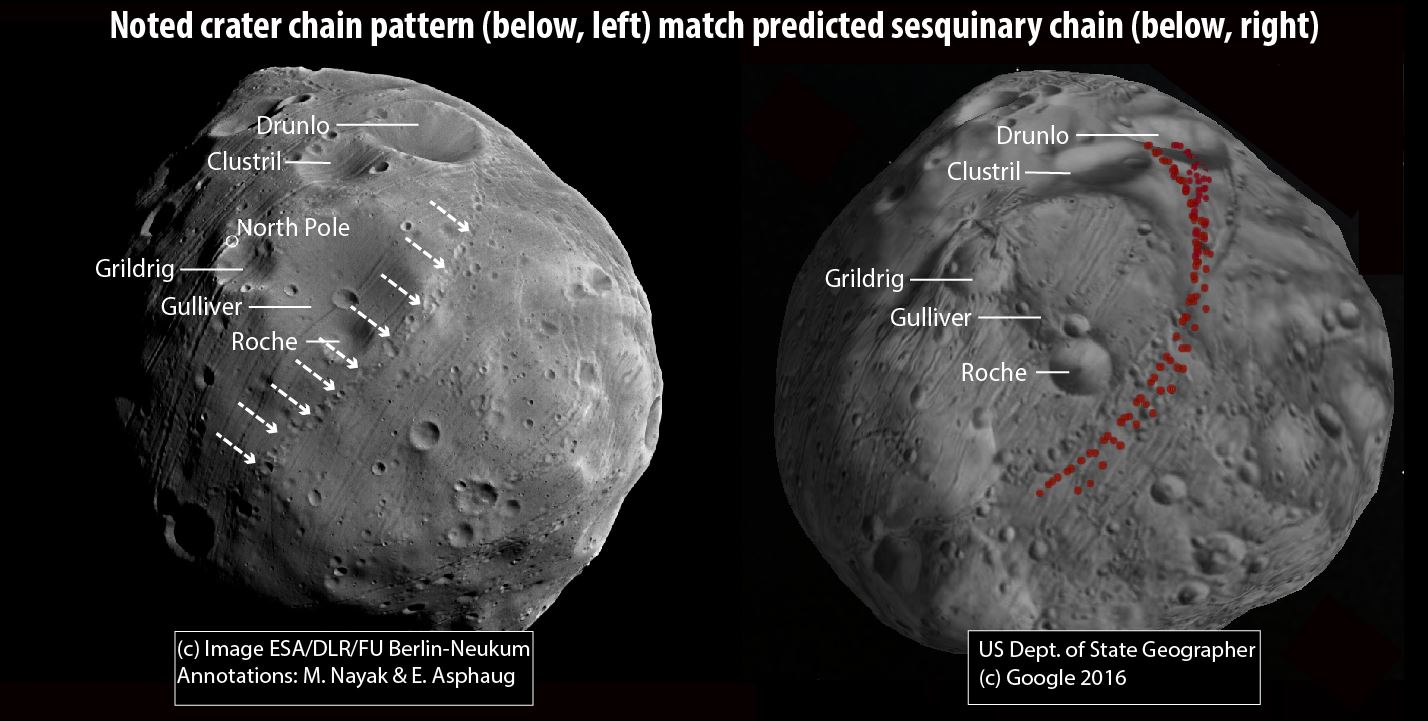 Above is the labeled crater chain near Grildrig that this latest theory could explain. M. Nayak