Don’t be fooled by what you see on TV, nature isn’t always as majestic as David Attenborough and his film crew would have us believe. Fortunately, the Comedy Wildlife Photography Awards are here to give us a look at nature's bloopers, so we can all appreciate how clumsy, goofy, and bad-mannered animals can be.

After receiving more than 4,000 entries from all over the world, judges have now selected the winners of this year’s competition, and they certainly don’t disappoint.

Sarah Skinner’s shot, entitled "Grab Life By The…!" was chosen as the overall winner. Taken in Botswana, the photo will no doubt leave most male viewers squirming. In an emailed statement, Skinner explained that the pictured cub “continues to thrive in the pride,” but mentions nothing of the unfortunate adult victim of the young lion’s playful attack. 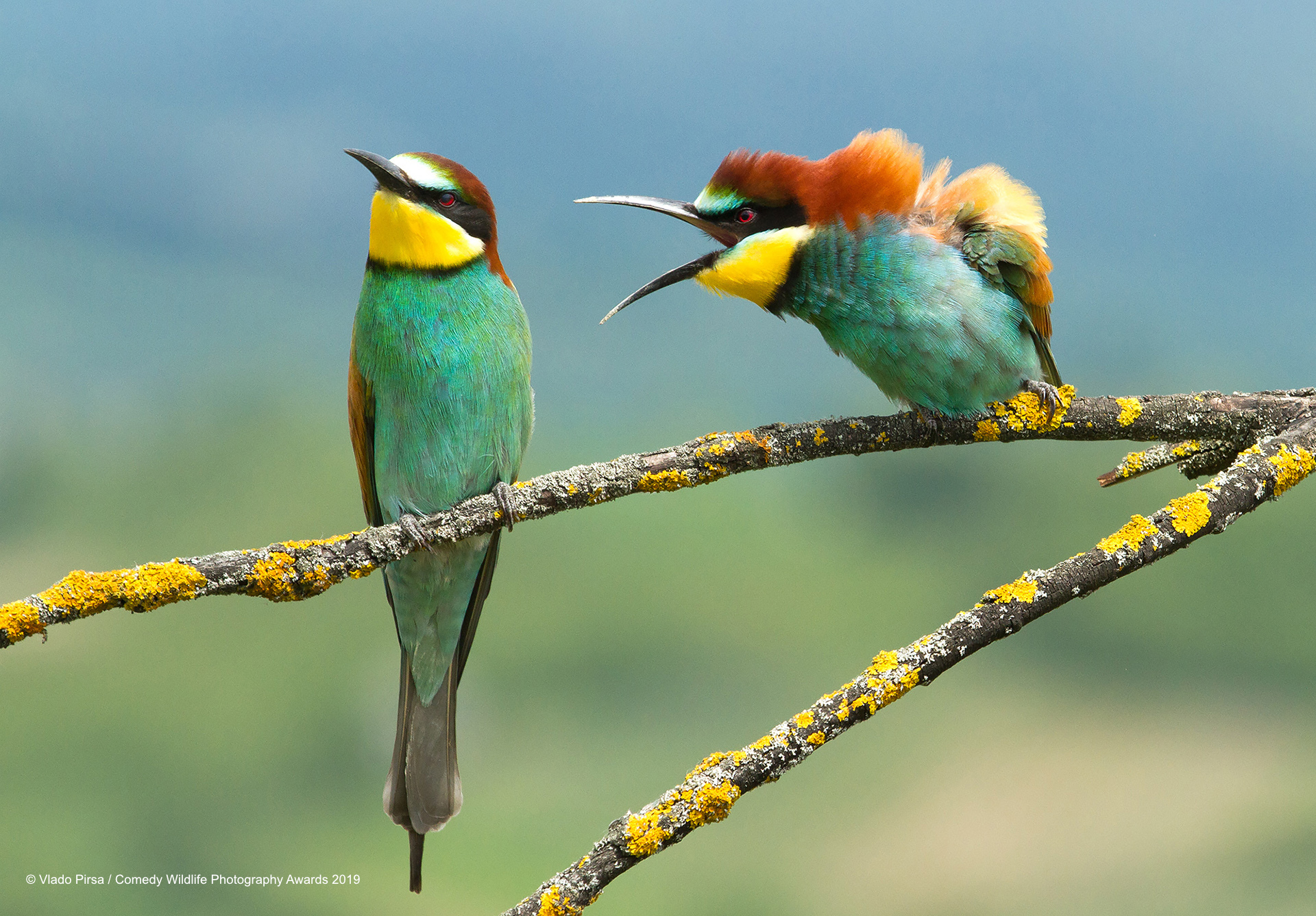 Vlado Pirsa won the Spectrum Photo Creature’s in the Air Award for his image entitled "Family Disagreement", which captures an avian communication breakdown. 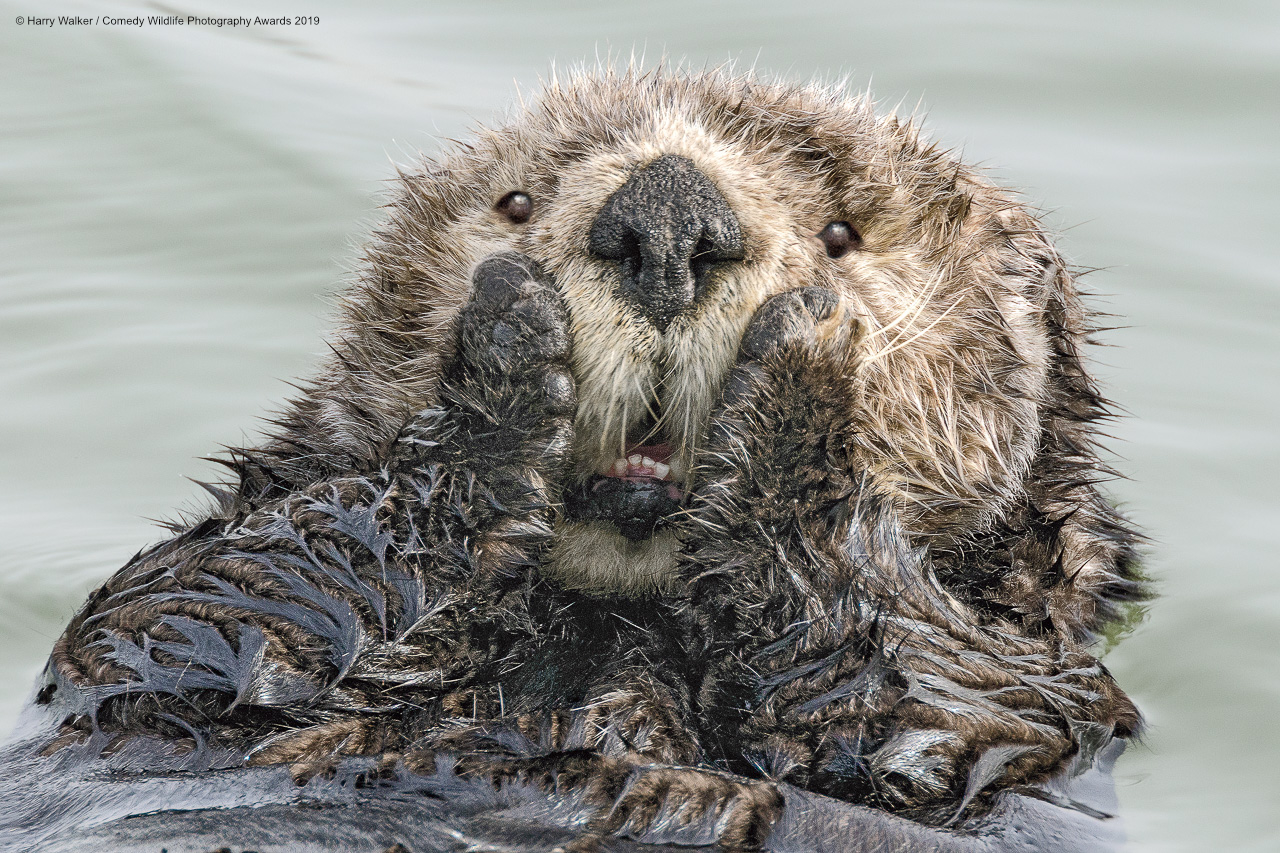 Cuteness levels reached dangerous heights with Harry Walker’s photo "Oh My!", which won him the Olympus Creatures Under the Water Award and the Affinity Photo People’s Choice Award. 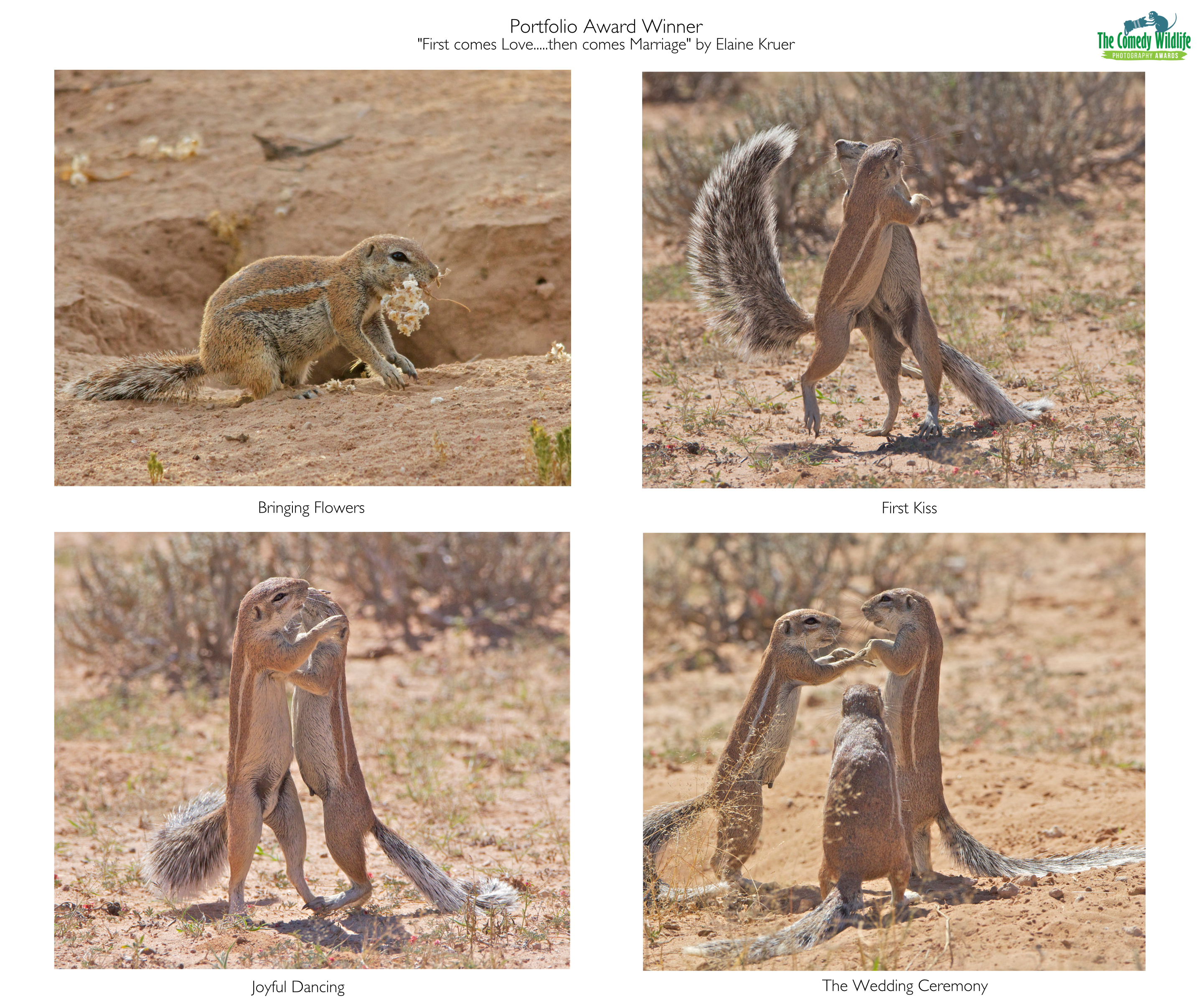 Elaine Kruer’s romantic sequence, entitled "First Comes Love… Then Comes Marriage", gives an insight into the love lives of cape squirrels, and was the judges’ choice for the Amazing Internet Portfolio Award.

The awards, which were launched in 2015, aim to show the light-hearted side of the animal kingdom, with the overall objective of raising awareness of the need for conservation.

As well as the four winners, the judges also marked 12 photos as Highly Commended. Here's a selection to enjoy. 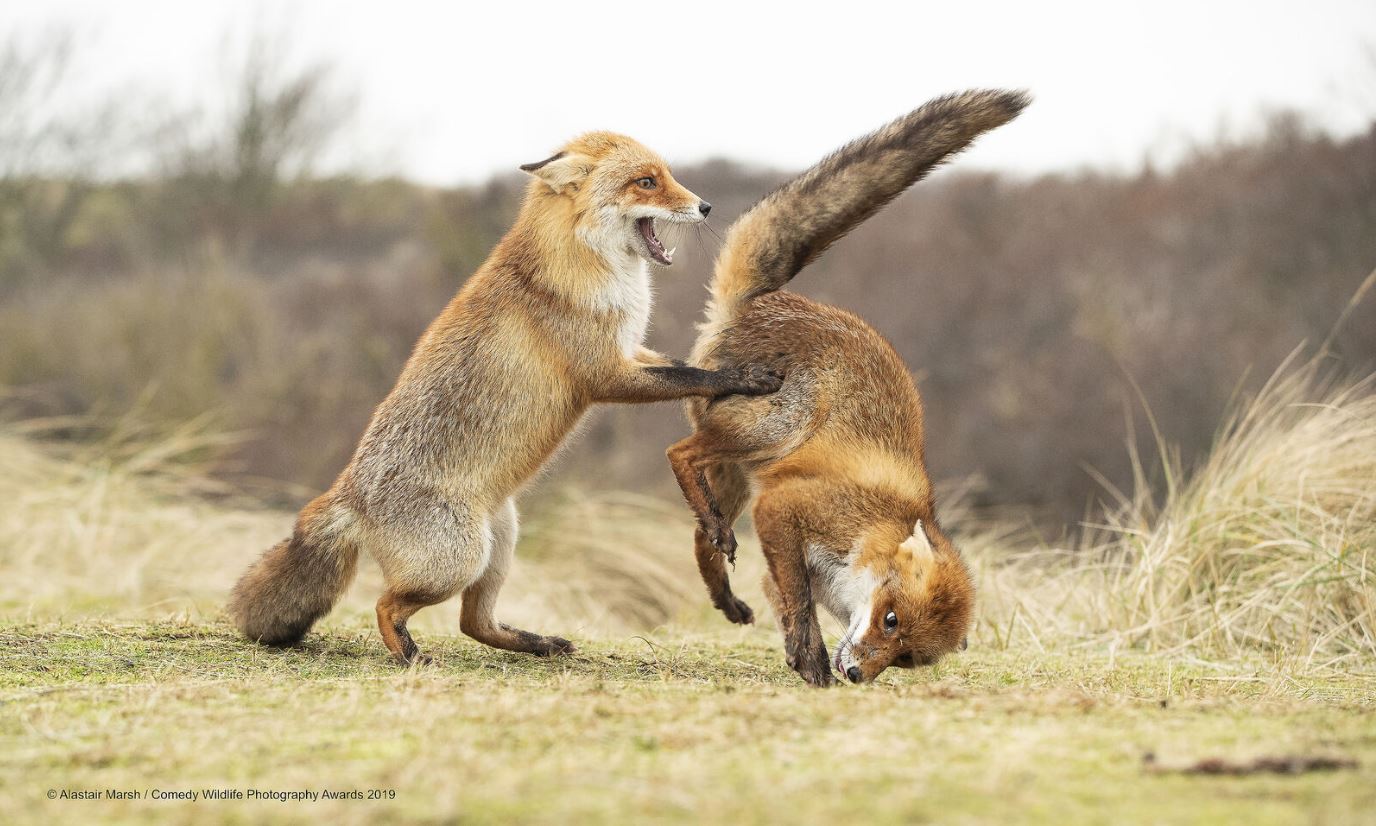 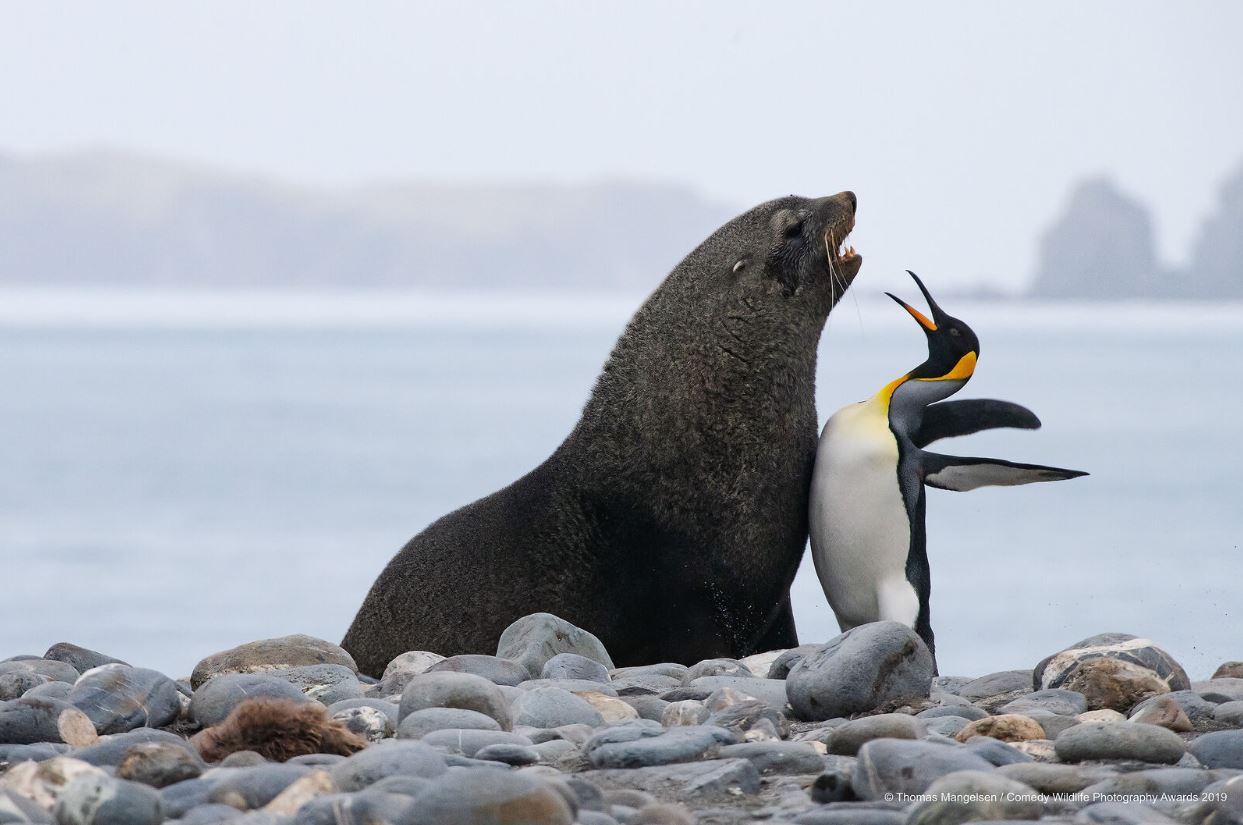 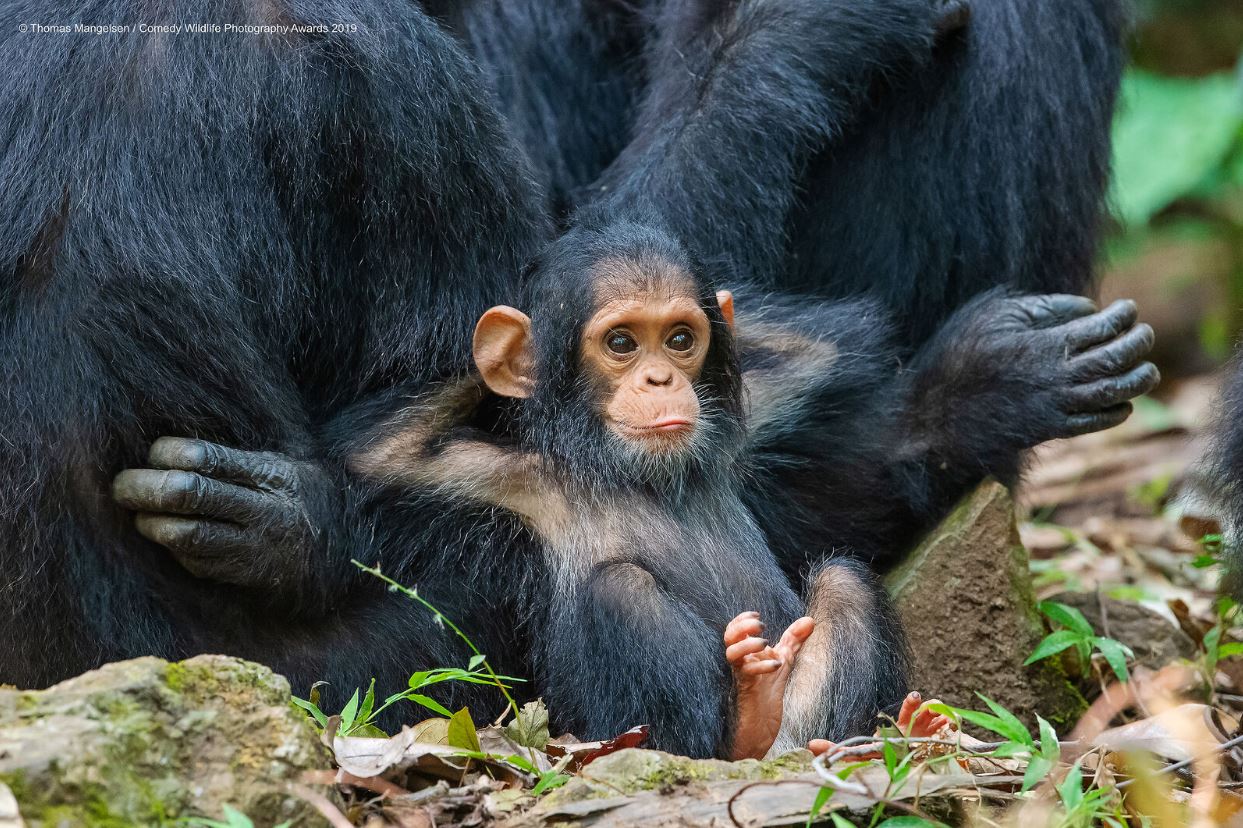 "Laid Back", also by Tom Mangelsen, captures an extremely chilled out baby chimp in Tanzania. 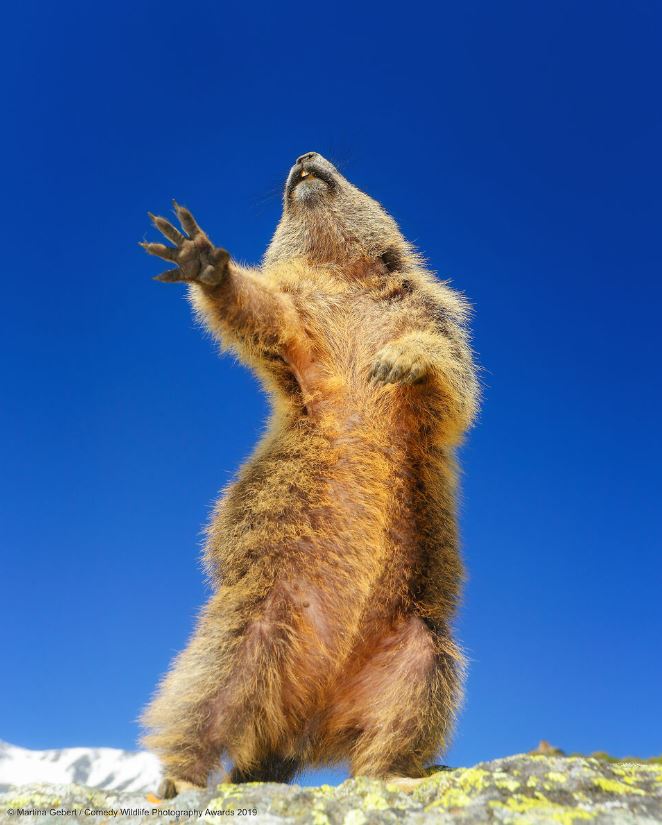 This rodent is quite simply loving life, in a photo entitled "Dancing… Yeah!" by Martina Gebert. 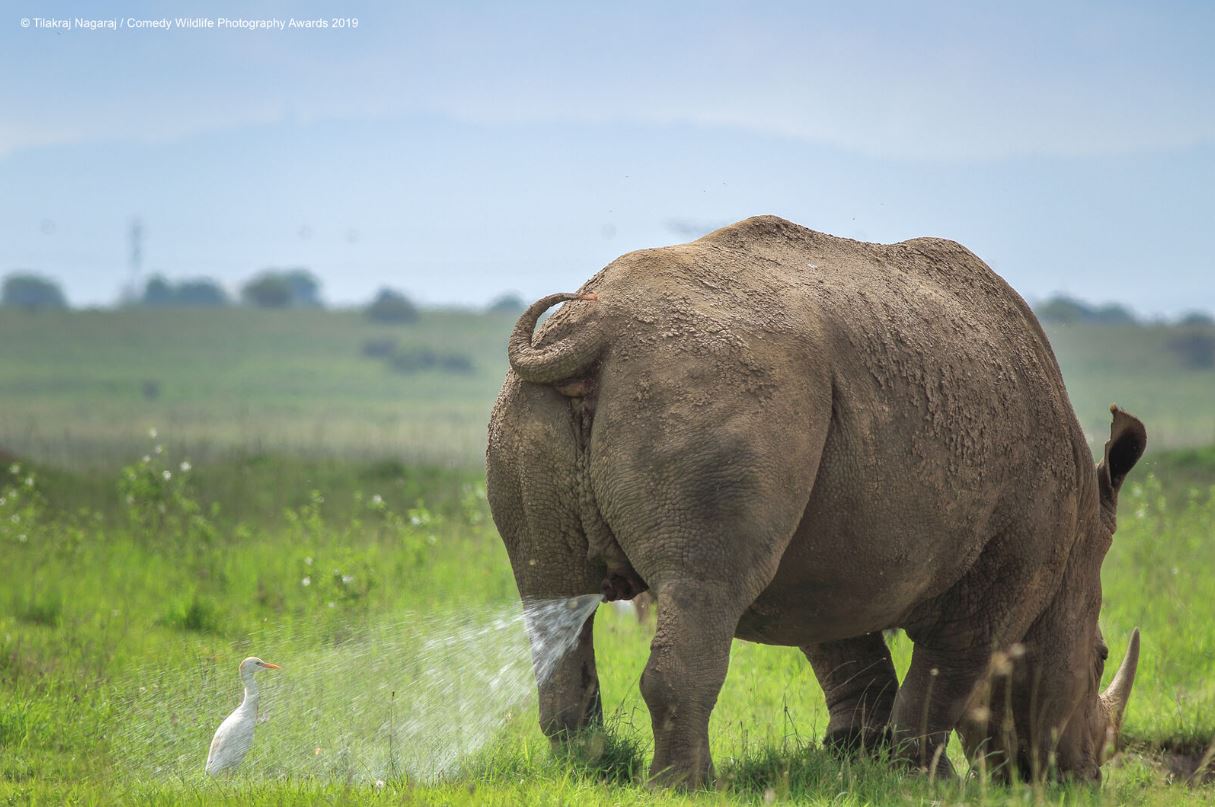 "Warning! Territory Marking, Follow At Your Own Risk" by Tilakra Nagaraj captures a rhinoceros marking more than just territory 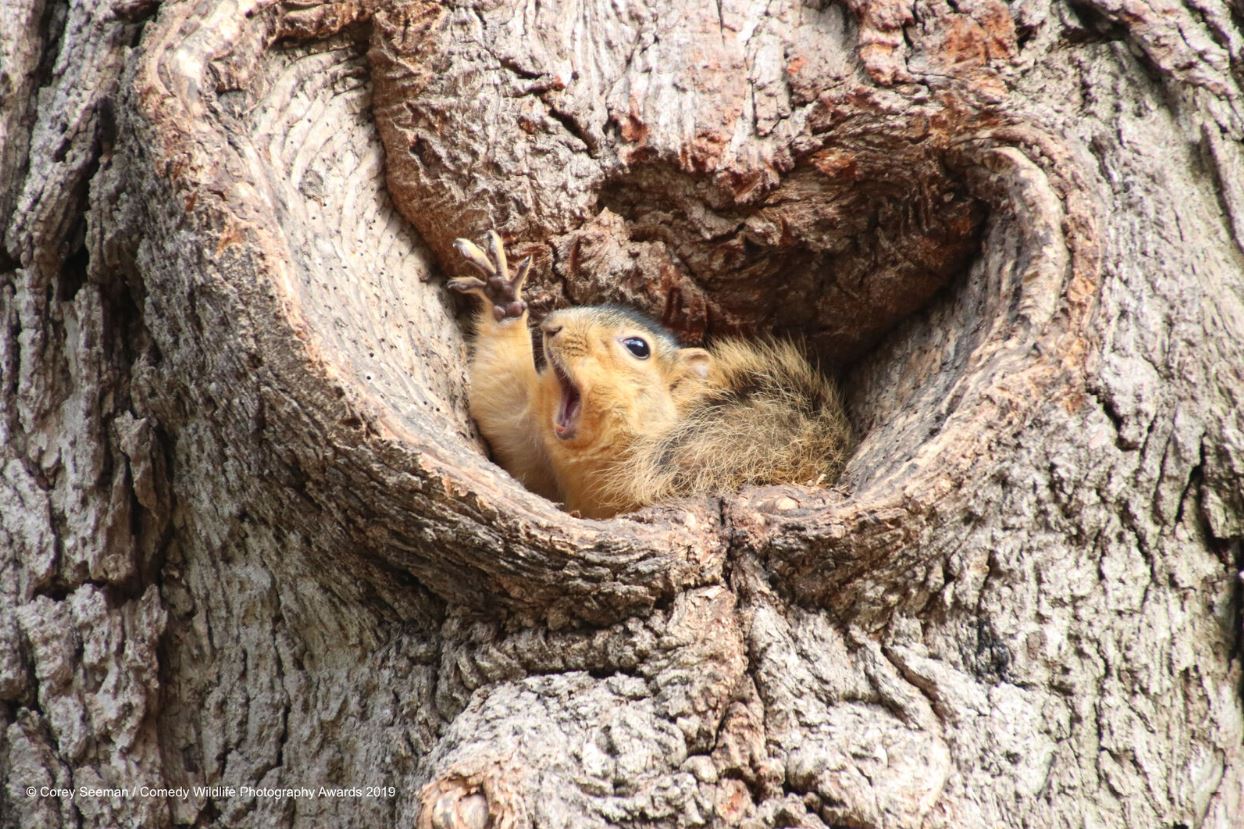 Corey Seeman called this photo "Would You Like A Peanut?" 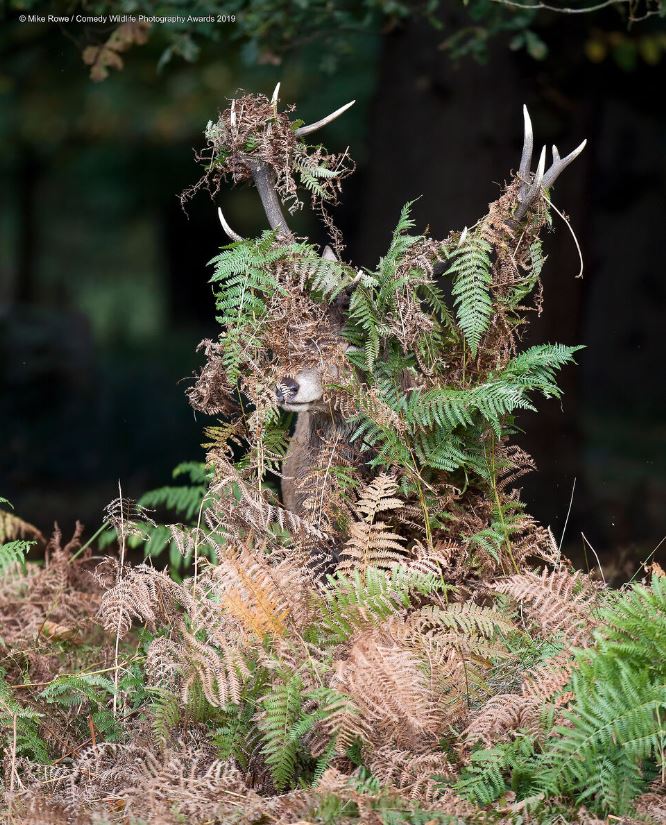 "Deer – What Deer?" by Mike Rowe shows the lengths some animals will go to avoid recognition. 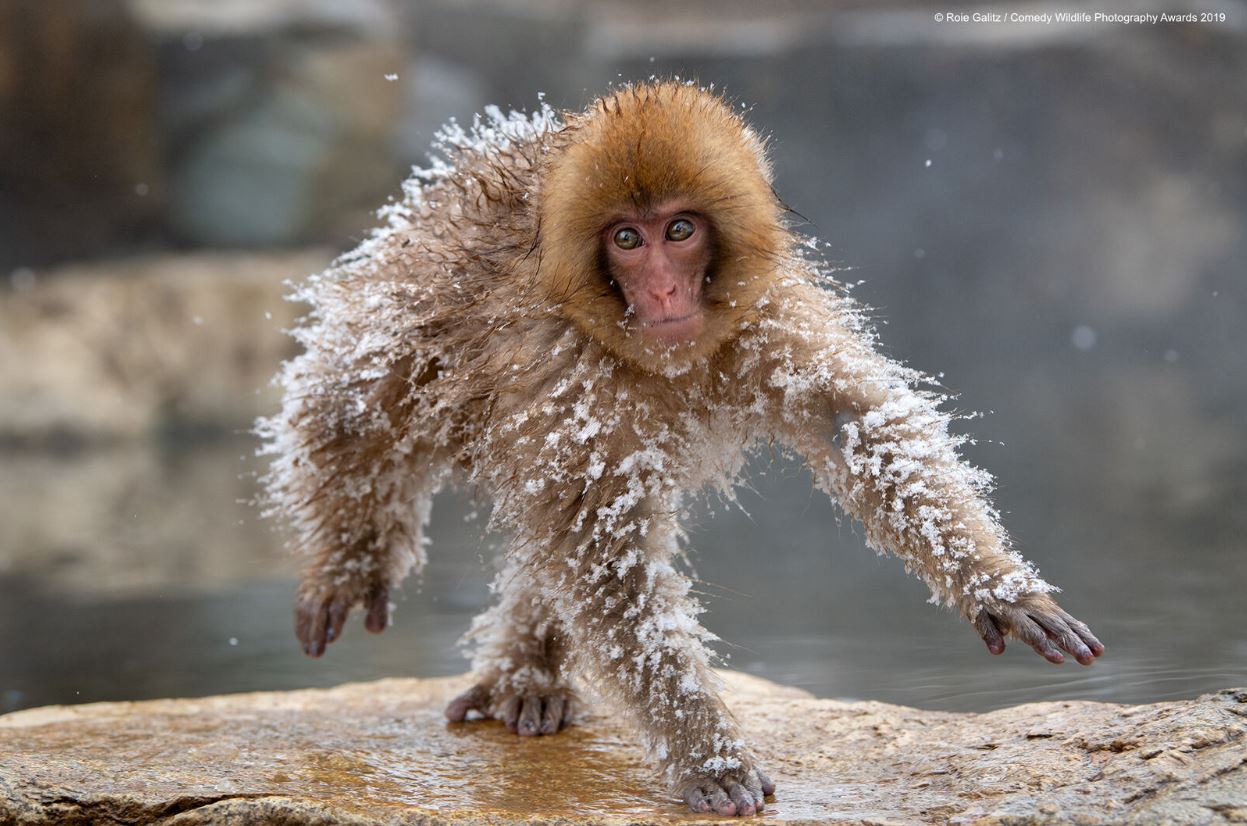 It doesn’t get much cooler than Roie Galitz’s shot "Space Man".

You can check out last year's brilliant winner's here for more giggles, and more chuckle-inducing moments caught on camera by 2017's winners here.