Do not go gentle into that good night. The European Space Agency (ESA) is ending attempts to contact the Philae lander, which touched down on Comet 67P/Churyumov-Gerasimenko on November 12, 2014.

Today at 5am EDT (10am BST), ESA switched off the Electrical Support System Processor Unit (ESS) on the Rosetta spacecraft, in orbit around Comet 67P. This instrument was used to communicate with Philae but, as Rosetta nears the end of its own life, it needs as much power available as possible.

Following a bumpy landing, Philae ended up lodged under a cliff on the surface of the comet partially in shadow. After completing more than 80 percent of its planned science objectives, the probe went silent after a few days as its power went out.

However, packed with solar panels, there were hopes that the lander would come back to life, particularly when the comet reached its nearest point to the Sun – known as perihelion – last summer. For this reason, the ESS remained active, in the hopes that Philae might speak to Rosetta again. But after a few brief spurts of life following the landing, it has not been heard from since July 2015.

Rosetta is preparing for the end of its own mission, with the spacecraft planned to impact the comet in September this year. In order to maximize the science gained from the mission in these final throes, the decision was thus made to switch off the ESS.

“By the end of July 2016, the spacecraft will be some 520 million km [323 million miles] from the Sun, and will start facing a significant loss of power – about 4W per day,” ESA said in a blog post. “In order to continue scientific operations over the next two months and to maximize their return, it became necessary to start reducing the power consumed by the non-essential payload components on board.”

Philae was already declared to be in a state of “eternal hibernation” in February this year. But switching off the ESS means that there is no hope at all it will be heard from again. Philae is gone – but not without performing some groundbreaking science on the comet. 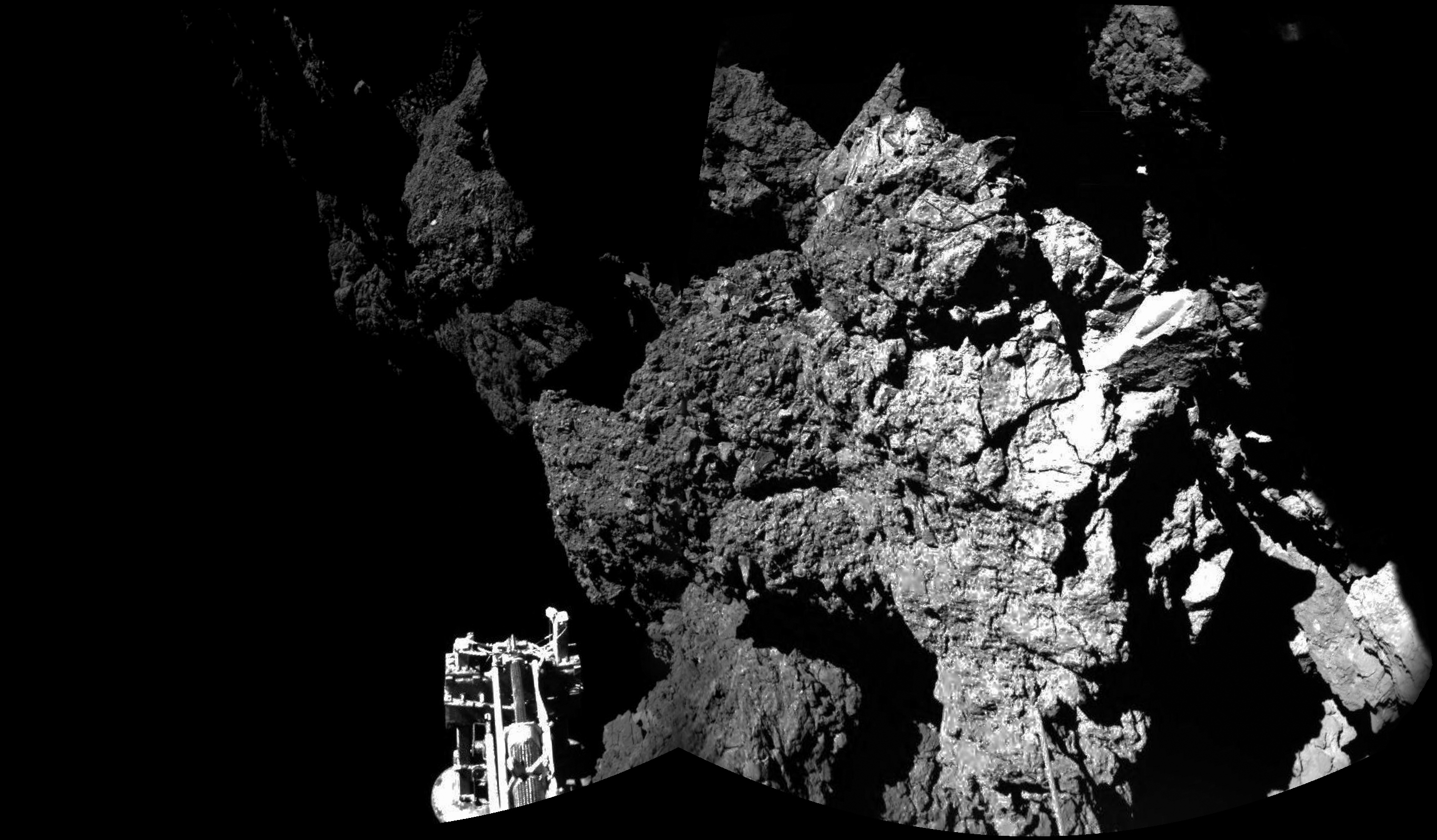 Philae returned this image from the surface after landing. ESA/ATG medialab

During its three days of operation after the landing, Philae made numerous discoveries, including that the comet has no magnetic field, and also that its surface has a hard crust covered with dust and ice. It also studied the chemical composition of the comet’s gas and dust, discovering complex molecules that may have provided the key ingredients for life on Earth.

Now, though, we must say farewell to Philae. And in two months, there will be another sad goodbye as the Rosetta mission ends.