Back in April, a group of scientists including Stephen Hawking announced their intention to send tiny interstellar spacecraft to our nearest star, Alpha Centauri, on a 20-year voyage. The project, called Breakthrough Starshot, has been funded to the tune of $100 million by Russian billionaire Yuri Milner so far.

There’s one key problem, though. How will the tiny spacecraft, called StarChips, be kept safe from radiation as they venture through the cosmos at one-fifth the speed of light? Well, last Wednesday, researchers from NASA and the Korean Institute of Science and Technology (KIST) proposed a solution in a talk at the International Electron Devices Meeting in San Francisco, led by NASA’s Dong-Il Moon.

Breakthrough Starshot is hoping to send a swarm of the spacecraft  – kitted with large and thin sails – to Alpha Centauri, 4.37 light-years away. They plan to do this by firing a 100 gigawatt laser from Earth at the sails, accelerating the spacecraft to 20 percent of the speed of light in minutes. Once at their destination, the spacecraft will send images and data of any planets around the star back to Earth.

It’s certainly a grand idea, but there are a number of complications. The spacecraft will need to be able to survive journeys through interstellar dust, for example, which could cause a lot of damage at those speeds. Communication at such a long distance is also an issue, as is making sure the spacecraft are pointed the right way; even a small misalignment would miss the star by a large distance. And then there’s the radiation issue. 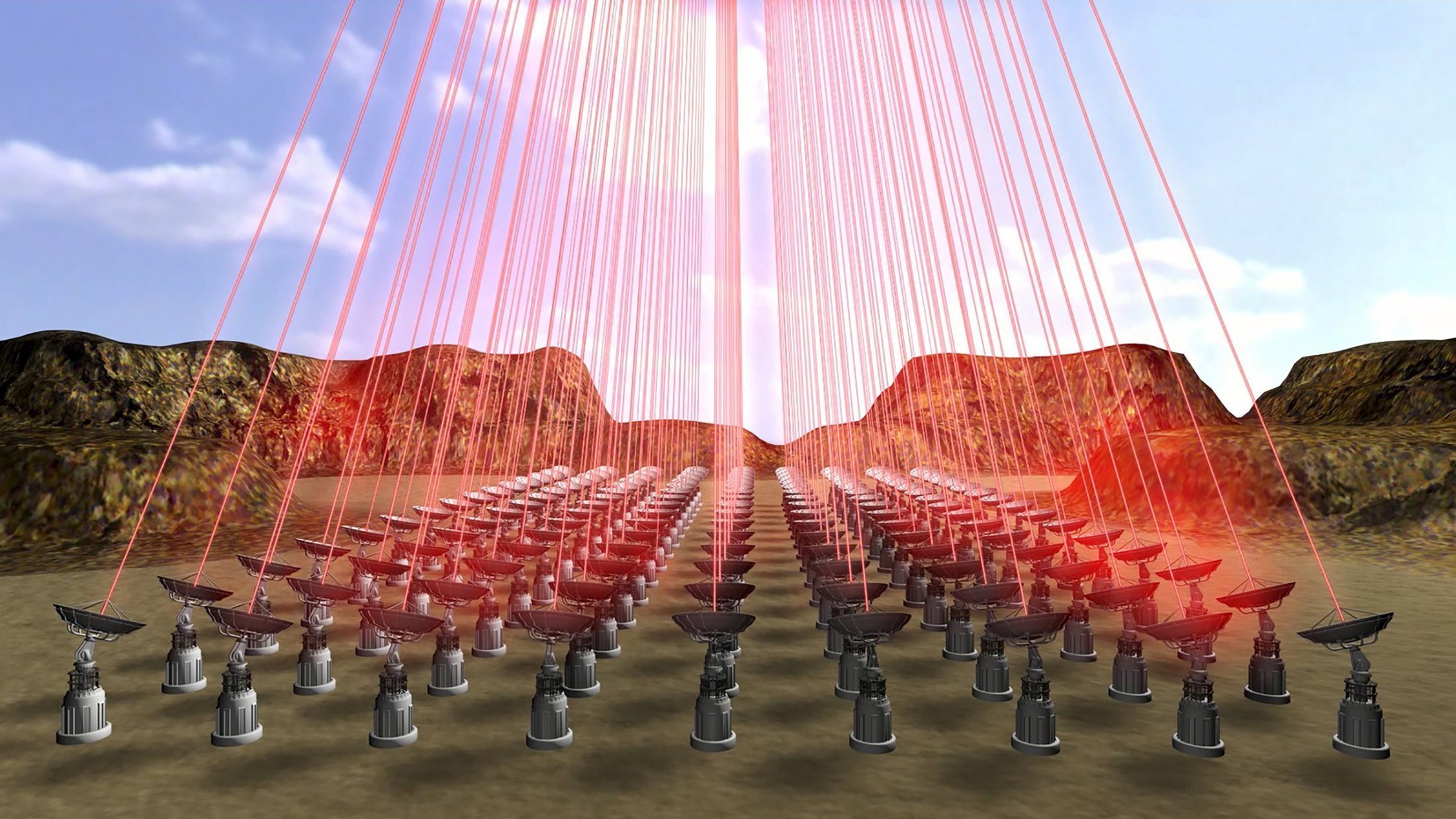 An array on Earth will fire lasers at the spacecraft. Breakthrough Initiatives

Moon and his team think the problem can be overcome by creating “self-healing” silicon chips. The devices would be heated using a nanowire transistor, which can repair defects caused by radiation. Rather than hardening the chips, where the instrumentation would be contained, or trying to pick a path that limits radiation exposure (and that’s no small feat), they could simply be repaired over and over again during the journey. The chips would power down and repair themselves every few years.

In experiments by KIST, they found they could recover flash memory damaged by radiation 10,000 times using the technology, and DRAM could be restored 1 trillion times.

“On-chip healing has been around for many, many years,” Jin-Woo Han, a member of the NASA team, told IEEE Spectrum (Institute of Electrical and Electronics Engineers). The technology is predicted to become smaller and more suitable for this mission in the next few years.

Of course, there are still plenty more obstacles to overcome, not least funding; it’s estimated Starshot will cost upwards of $10 billion. But hopefully, with more work like this, we can step closer to seeing the idea come to fruition in the near future.