While we were busy celebrating Halloween, NASA was busy looking at an array of targets on Mars with its extensive suite of instruments on board the Curiosity rover. The weird-looking rock will certainly cause bloggers in many basements around the world to claim it as an alien artifact or maybe a robotic head.

The rock in question has been dubbed “Egg Rock” by researchers at the Astrogeology Science Center in Arizona. It was studied by the rover’s ChemCam Remote Micro-Imager, which shoots lasers at a target and then analyzes the light released by the vaporized rock to work out what material it is made of.

While the analysis is still ongoing, the team running the Red Planet Report, from Arizona State University, suggest a small nickel-iron meteorite as the most likely candidate. Curiosity has found meteorites on Mars before, but this one seems significantly more polished than the previous ones discovered by other rovers like Opportunity or Spirit.

Meteorite chunks like this are likely common on Mars due to its atmosphere, which is significantly different from Earth’s. The Red Planet has on average 1 percent of the atmospheric pressure of our planet, which helps meteors, especially the more dense ones, reach the ground intact. 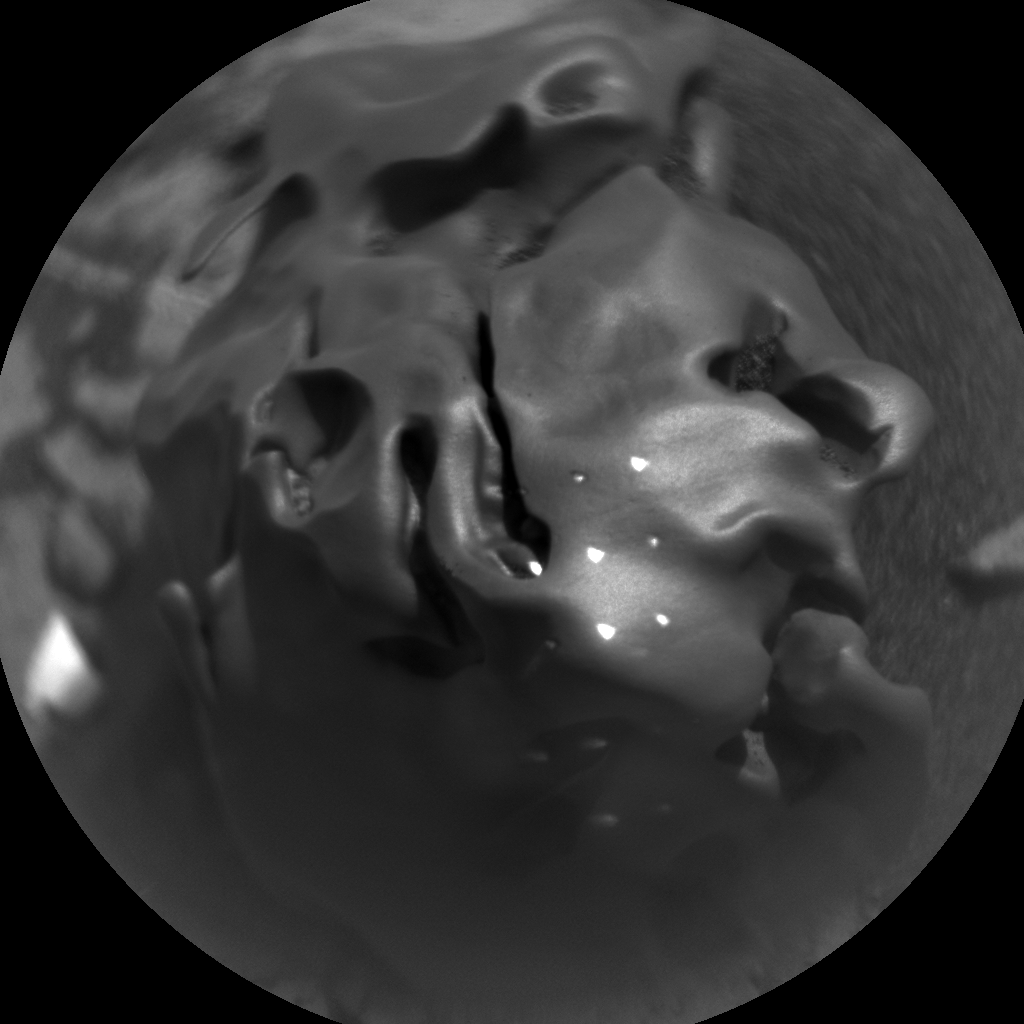 Curiosity snapped this photo of "Egg Rock" on Sunday, October 30. The white areas correspond to the hit points of the laser. NASA/JPL-Caltech/MSSS

Mars’ atmosphere lacks abundant oxygen and water vapor, which would rust and eventually erode this object. For this reason, iron meteorites dominate the small number of celestial rocks that have been discovered on the Red Planet.

Curiosity is continuing its work inside Gale Crater, slowly climbing the shallow slopes of Mount Sharp, the mission's primary objective, the base of which was reached in September 2014. The rover is now moving towards a capped ridge rich in hematite, an iron-oxide mineral.

"We continue to reach higher and younger layers on Mount Sharp," said Curiosity Project Scientist Ashwin Vasavada of NASA's Jet Propulsion Laboratory in Pasadena, California, in a statement. "Even after four years of exploring near and on the mountain, it still has the potential to completely surprise us."