One of the few bright spots in the dark future of tropical coral reefs is looking fainter. Deep water reefs don't appear to be as effective refuges for coral as had been hoped.

Tropical coral reefs are dying at a terrifying rate, hit simultaneously by over-fishing, local pollution, ocean acidification, and multiple consequences of climate change. The deep ocean hosts black corals, which may be in less danger, but these are entirely different species, and therefore no use at all to shallow tropical reefs.

A third sort of coral reef, at depths of 30 to 60 meters (100 to 200 feet), hosts many of the same species found in shallower waters, and is protected against most shallow water dangers. Hopes had been raised species could survive the storm there, repopulating shallow reefs if benign conditions ever return. A paper in Science Advances suggests these hopes are exaggerated.

First author Dr Pim Bongaerts of the University of Queensland comparing the genomes of 200 coral colonies from four Bermudan reefs in approximately 12 meters (40 feet) of water, and their neighbors 40 meters (130 feet) down.

Although Agaricia fragilis corals exist at both depths, Bongaerts found their genetics were so different they could not have been interbreeding, suggesting there is little prospect of this species re-establishing itself from the depths if storms or heat waves wipe out the shallow populations. 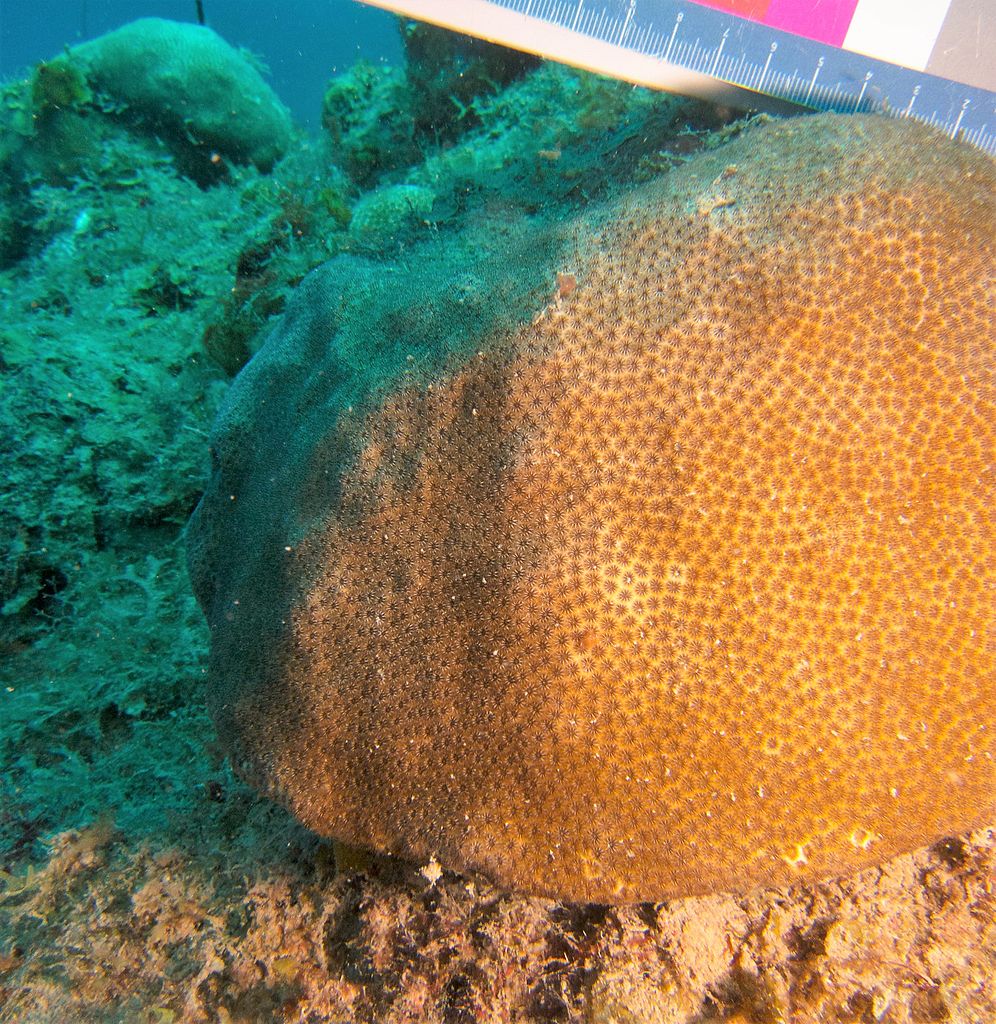 Get ready for reefs with only a handful of coral species, including Stephanocoenia intersepta. Ryan Mcminds via wikimedia commons

“We argue this concept of deep coral populations ‘reseeding’ shallow-water counterparts may be relevant to some species, but is ultimately unlikely to aid more broadly in the recovery of shallow reefs,” Bongaerts said in a statement.

Bongaerts told IFLScience that Bermuda was chosen for the study because it is so isolated there would be little intermixing with corals from more distant reefs, making the genetics easier to study. He expects the results to be broadly applicable, however.

The question of why one species can cross between reefs at different depths, while the other cannot, is “still fairly open,” according to Bongaerts. The difference may reflect contrasting breeding strategies as Stephanocoenia are “broadcast breeders” while Agaricia is what is called a “brooding” species, but more examples of each strategy will be needed to confirm this.

Bongaerts told IFLScience it is possible the reefs of the future could be made up of a few heat tolerant species combined with those like Stephanocoenia that can reseed from depths. However, with 60-75 percent of coral species not even living below 30 meters, the proportion that can reseed is likely very small, and the low diversity will make ecosystems very vulnerable to any shocks, as well as representing a huge depletion of the Earth's species.