Ten million years after an asteroid finished off the dinosaurs and changed the ecology of Earth forever 65 million years ago, another large impact occurred, according to a new paper in Science. The event coincided with the dramatic warming that ended the Paleocene era and marked the start of the Eocene, but it is not yet clear how much it influenced that transition.

A team led by Dr Morgan Schaller of Rennselaer Polytechnic Institute, New York searched marine deposits laid down at the Paleocene-Eocene boundary. The study included three locations along the east coast of North America and one at the edge of the continental shelf off Florida. All four revealed the tell-tale beads of glass known as spherules formed under the enormous pressures and temperatures of large objects slamming into Earth.

Spherules can be formed in volcanic eruptions as well, but the low water content and variability in chemical composition seen here are far more consistent with an impact from space than anything purely terrestrial. The number of spherules also spiked sharply in a narrow band, indicating a single dramatic event, rather than a series of smaller impacts. The chemical composition also rules out the possibility that spherules from the end-Cretaceous strike somehow became redistributed into layers deposited far later. 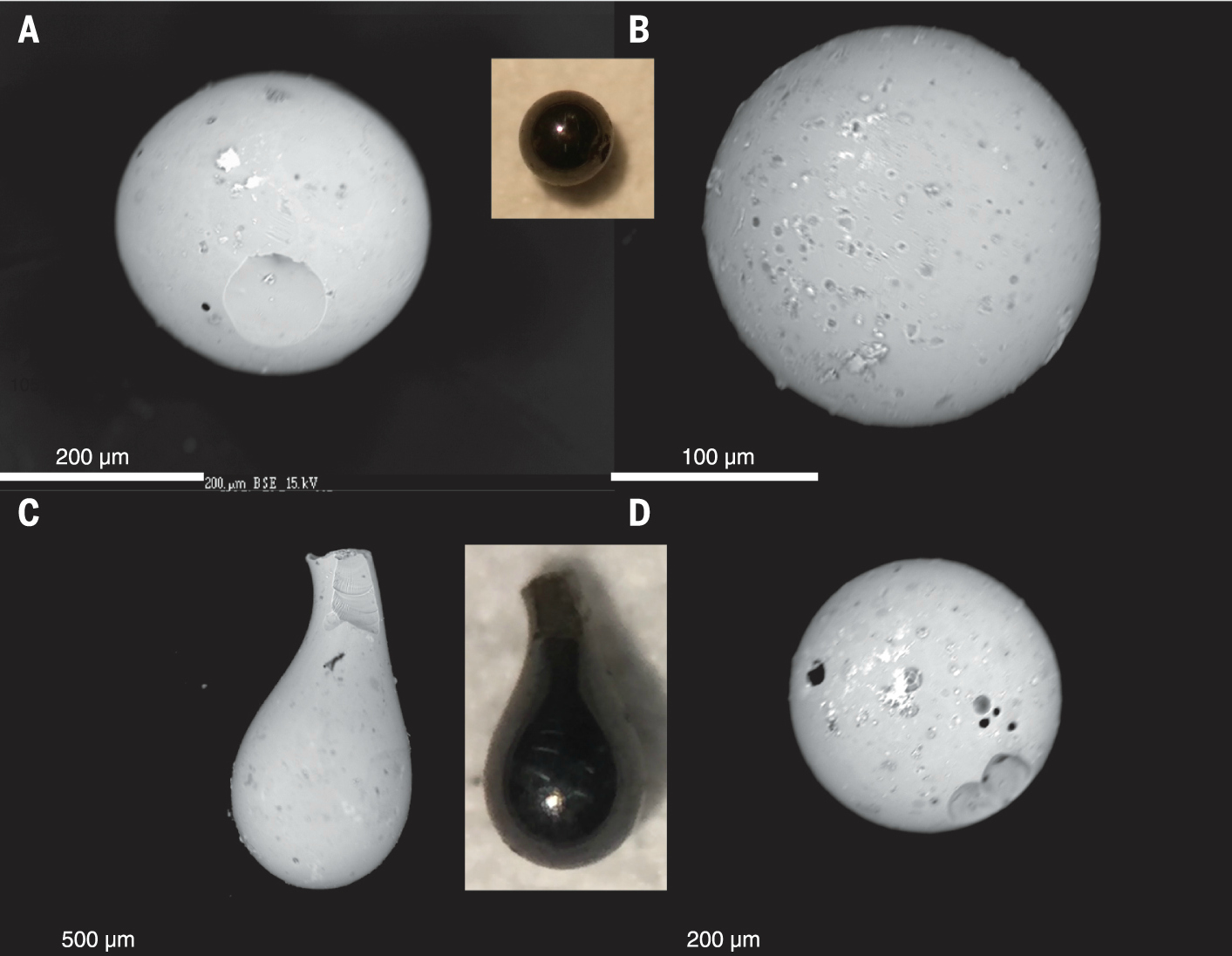 Spherules collected from the four sites (two shown here) have local variations, but all appear to be from the same event. Schaller et al/Science

The authors admit that no known impact crater matches the impact's timing, but suggest it should be possible to narrow the search for such a site by comparing the number of spherules at different locations, since the concentration should be highest close to the impact site.

The object that created such an impact would certainly have been much smaller than the so-called "dinosaur killer", and did not trigger, or even augment, a mass extinction. Nevertheless, the event coincided with a hugely important point in Earth's history, knows as the Paleocene-Eocene Thermal Maximum (PETM). During the PETM, temperatures worldwide rose dramatically, probably faster than in any subsequent era until the last 20th century.

The warming has been attributed to the release of huge amounts of carbon dioxide from volcanoes or to the melting of icy clathrates holding billions of tonnes of methane.

Schaller's work does not date the impact precisely enough to reveal whether it occurred before, during or slightly after the PETM. Consequently, we don't know if it might have acted as some sort of trigger.

With the PETM considered an important model for future climate change, many planetary scientists consider the need to explain its cause as a matter of urgency, and the search for more information on such a major impact could play a part in that.