The first comprehensive risk assessment of human consumption of microplastic particles through eating seafood has been released, and as you can imagine, the findings aren’t good. It estimates that regular fish and shellfish eaters could be ingesting up to 11,000 microparticles a year.

The ingestion of microplastic particles, such as microbeads from shower gels or toothpaste, by sea creatures has been explored thoroughly over the last few years. Research into the consumption of plastics by humans, what happens when the plastic enters our bodies, and the potential long-term health risks, however, has not until now.

In the study, exclusively shared with Sky for its documentary, A Plastic Tide, researchers revealed that their findings show that people who regularly consume seafood are unknowingly absorbing thousands of tiny pieces of plastic into their bloodstream with unknown health effects.

According to the scientists, their results showed that people in Europe currently consume up to 11,000 microparticles a year and that 99 percent of them pass through the body, but the remaining 1 percent, which equates to about 60 particles, is absorbed into the body’s tissues and will accumulate over time.

You might not think that is a huge amount to be worried about just yet, but based on current trends for both plastics being dumped into the ocean and human consumption of seafood, their predictions also show that by the end of the century that figure could rise to 780,000 microplastic particles consumed per person per year, with around 4,000 particles being absorbed into the body. 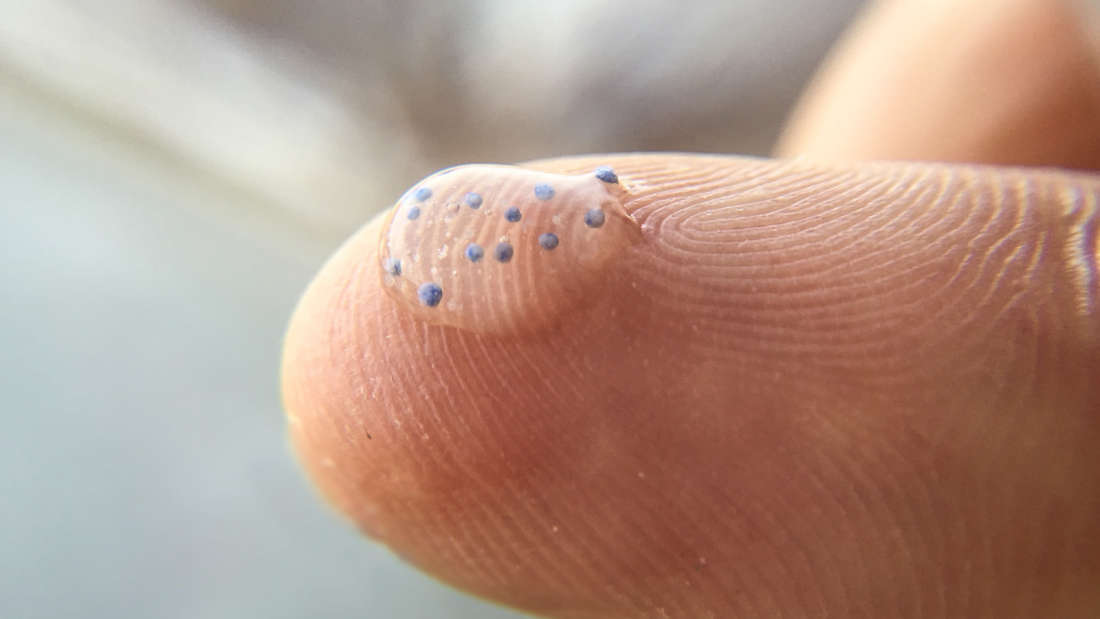 Over 280 marine species and 50 species of seabirds have been shown to ingest microplastics.  MPCA PHOTOS/FLICKR 9CC BY-NC 2.0)

Dr Colin Janssen from Ghent University in Belgium, who led the research, told Sky News the discovery of accumulated plastics in the body is of urgent concern.

“Now we've established that they do enter our body and can stay there for quite a while, we do need to know the fate of the plastics,” he said. “Where do they go? Are they encapsulated by tissue and forgotten about by the body, or are they causing inflammation or doing other things? Are chemicals leaching out of these plastics and then causing toxicity? We don't know and actually, we do need to know.”

Research last year suggested that by 2050, plastic in the ocean may outweigh fish. The statistics showed that there are more than five trillion pieces of plastic in the world’s oceans, with the equivalent of one rubbish truck dumping its entire load into the sea every minute. By 2050, this is expected to rise to four rubbish trucks.

Readers in the UK can watch A Plastic Tide on Sky Atlantic tonight at 8pm GMT (3pm EST) as part of Sky’s new Ocean Rescue campaign, launching today. The campaign aims to educate and inspire people to change their behavior towards our oceans. While other platforms are being silenced on the subject of climate change and human-made damage to the planet, it’s good to see a global corporation step up and be heard.