If you think winter is miserable where you live, spare a thought for the scientists working on the British Antarctic Survey (BAS) Halley VI Research Station. During their winter, between March and November, they're faced with 24-hour darkness, bitterly low temperatures, and extreme isolation.

As if things couldn't get more inconvenient, they will soon have to “jump ship” and shut down their lab for winter following fears of an impending ice crack, the BAS announced on Monday.

The cutting-edge weather station lives on the 150-meter-thick (492 feet) floating Brunt Ice Shelf in Antarctica. Since 2012, a network of GPS instruments has been monitoring a threatening ice chasm that appears to be spreading year on year. Fears doubled on Halloween last year when a second crack emerged around 17 kilometers (10.5 miles) from the station. As you can see below, from December 2016, the ice shelf's edge has been looking pretty precarious.

The ice shelf moves around 0.4 kilometers (0.24 miles) westwards towards the sea each year. At certain intervals, the shelf calves off into smaller icebergs. However, the growing crack and recent changes to the ice means the ice shelf's stability are becoming increasingly difficult to predict and too risky to make any guesses. 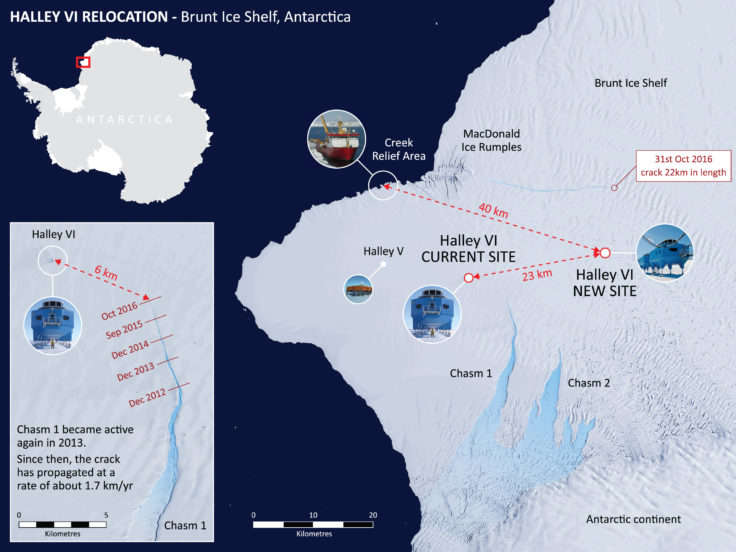 An illustrating detailing the relocation of Halley VI. The BAS is currently almost complete with this task. British Antarctic Survey/National Environment Research Council

The BAS said they were planning to pull out their staff for the winter between March and November as a precaution, although they say there’s no immediate risk to the lab, or its resident scientists and engineers.

The station has been working with the European Space Agency to obtain satellite imagery, as well as using ground penetrating radar aerial drone footage in an attempt to understand the nature of the ice crack. However, their extensive data sets and computer models were “unable to predict with certainty” what will happen to the ice shelf during this coming winter.

The Halley VI research station is situated on this ice shelf in Antarctica because it is a climate-sensitive zone, therefore the perfect place to study or record global Earth, atmospheric, and space weather. The BAS say they will try their hardest to continue their long-term scientific data capture, however, some of their smaller or short-term programs will presumably be forced to stop. 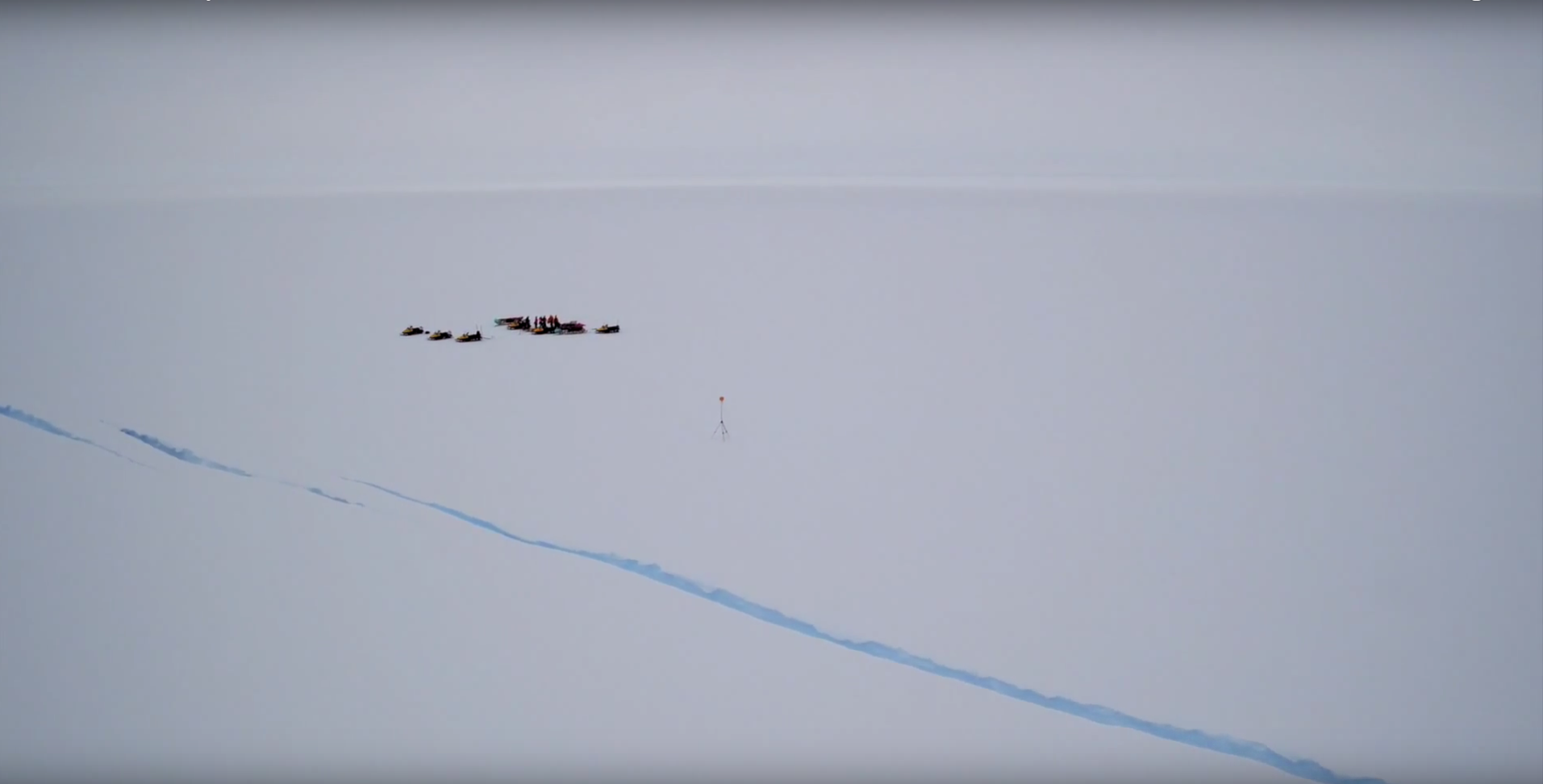 A screenshot from the aerial drone footage shot on the ice shelf. AntarcticSurvey/YouTube

The BAS was in the process of moving the whole research station 23 kilometers (14 miles) away from the crack before this new chasm hit, with just one part of the multi-pod station left to move. Judging by this new development, it looks like the move can't come soon enough.

“Halley VI Research Station sits on a floating ice shelf.  It was designed specifically to move inland if required,” Captain Tim Stockings, Director of Operations on the station, said in a statement.

"The current work to relocate our station is going very well. This challenging engineering project is scheduled to complete as planned by early March 2017. We want to do the right thing for our people," he continued. "Bringing them home for winter is a prudent precaution given the changes that our glaciologists have seen in the ice shelf in recent months. Our goal is to winterize the station and leave it ready for re-occupation as soon as possible after the Antarctic winter.”