Looks like it’s nearly time to update that old periodic table poster on your wall. Because names have been proposed for four new elements announced in January and, provided there are no objections, the names could be ratified in five months by the International Union of Pure and Applied Chemistry (IUPAC).

The names correspond to the newly discovered elements that occupy positions 113, 115, 117, and 118 in the table, completing its seventh row. In order they are Nihonium (Nh), Moscovium (Mc), Tennessine (Ts), and Oganesson (Og). Sadly, there’s no Element McElementface.

As is tradition with new elements, the discoverers get to pick the name. Nihonium, discovered at the RIKEN Nishina Center for Accelerator Science, refers to the Japanese name for Japan, Nihon. Moscovium refers to Moscow, where it was found at the Joint Institute for Nuclear Research in Dubna.

Tennessine refers to the US State of Tennessee, the location of the Oak Ridge National Laboratory and Vanderbilt University where it was found. Last but not least is Oganesson, which refers to nuclear physicist Yuri Oganessian, who led the research for this element and others. 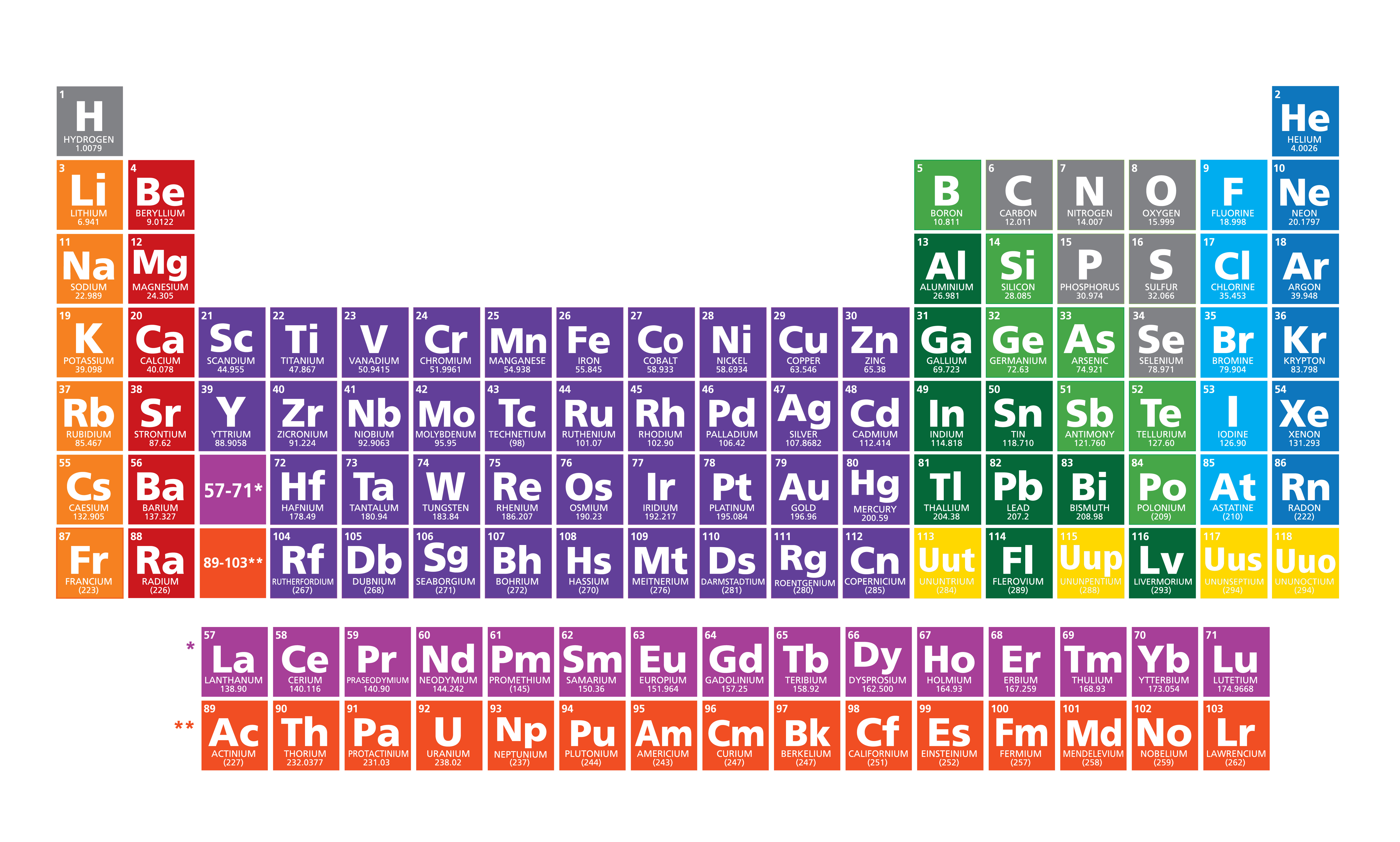 The elements (highlighted in yellow) complete the 7th row of the Periodic Table. Julie Deshaies/Shutterstock/IFLScience

“It is a pleasure to see that specific places and names related to the new elements is recognized in these four names,” said Jan Reedijk, president of IUPAC’s inorganic-chemistry division, in a statement. “I see it as thrilling to recognize that international collaborations were at the core of these discoveries and that these new names also make the discoveries somewhat tangible.”

The elements, which do not occur naturally and can only be produced in the laboratory, were discovered by smashing together light nuclei and tracking the decay of the resulting superheavy elements. They exist only for a fraction of a second, which has made their discovery difficult. Element 113, for example, was found by hitting a thin layer of bismuth with zinc ions traveling at a tenth the speed of light, temporarily producing an atom of the element.

While the table is now effectively complete, researchers are beginning to look for elements beyond the 7th row, hypothetical “islands of stability” where heavier elements exist.

For now, dust off those chemistry textbooks and welcome the new kids on the block, the first since 2011. If there is no significant public outcry, the names should be ratified in November.