Researchers think they may have uncovered preserved soft tissue in the remains of a dinosaur that has been dead for 195 million years. The finding suggests that proteins are able to survive for at least 100 million years more than previously thought. If verified, this incredible finding could open up a whole new window into the study of long-extinct animals.

The discovery was found in the fossil of a Lufengosaurus, a common leaf-eating creature from the early Jurassic that reached up to 9 meters (30 feet) in length. On the inside of one of the rib bones, researchers think they have found traces of collagen – the structural protein found in skin and connective tissue – as well as potential remnants of blood.

The research, published in Nature Communications, analyzed the chemical makeup of the possible soft tissue in the bone using what is known as infrared spectroscopy. This showed that the material was absorbing infrared light in the wavelengths that correspond with those of collagen. Not only that, but an iron-rich mineral in the bone could also be evidence of preserved blood, the researchers argue. 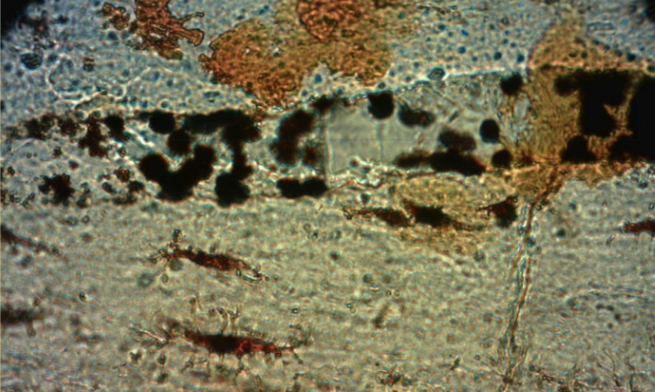 The dark hematite particles are thought to be red blood cells still in the vessel. Robert Reisz

While the results are exciting, they are not conclusive. The paper has come out at a time that another has also been released in the Journal of Proteome Research, in which researchers were able to properly isolate collagen proteins in an 80-million-year-old dinosaur fossil, which currently stands as the oldest identified protein. These results were also able to show that some of the proteins extracted were similar to that found in birds.

While on the surface that may not sound very interesting, as we already know that birds are descended from dinosaurs, it opens up enormous possibilities. It should now be possible to construct evolutionary trees of long-extinct animals – mammals as well as dinosaurs – based not only on their anatomy, but also on molecular evidence. This is an extraordinary advancement in the field of palaeontology, and while the holy grail of cloning may still be out of reach, the discovery is still pretty damn incredible. 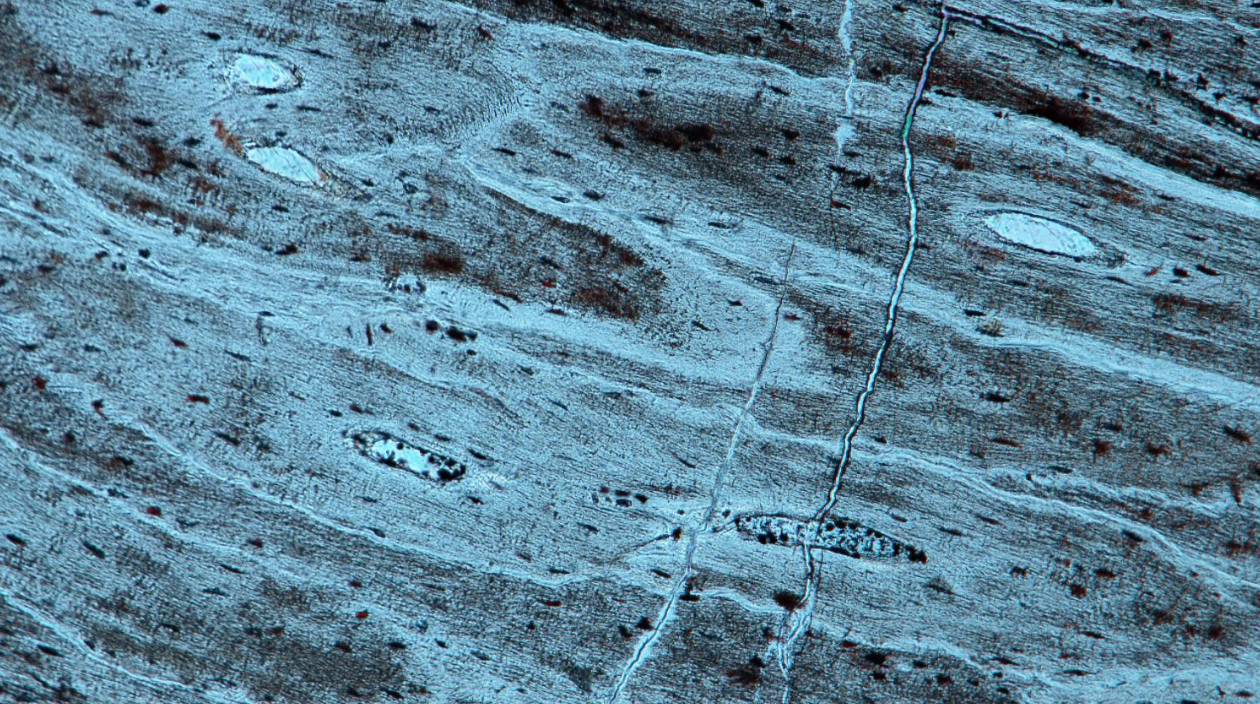