NASA’s Juno spacecraft has suffered a fresh setback that will change how it carries out its mission at Jupiter.

The probe entered orbit around Jupiter in July 2016, positioned in a sweeping 53-day orbit. The plan had been to use its engine to reduce that to 14 days, having it conduct 37 orbits up to February 2018.

But it encountered a problem with two helium check valves in its main engine, which were found to be not working properly in October 2016. As a result, NASA has decided to keep Juno in its current 53-day orbit, meaning it will complete just 12 orbits through to an extended period of July 2018.

“During a thorough review, we looked at multiple scenarios that would place Juno in a shorter-period orbit, but there was concern that another main engine burn could result in a less-than-desirable orbit,” said Rick Nybakken, Juno project manager at NASA’s Jet Propulsion Laboratory (JPL) in Pasadena, California, in a statement. “The bottom line is a burn represented a risk to completion of Juno’s science objectives.” 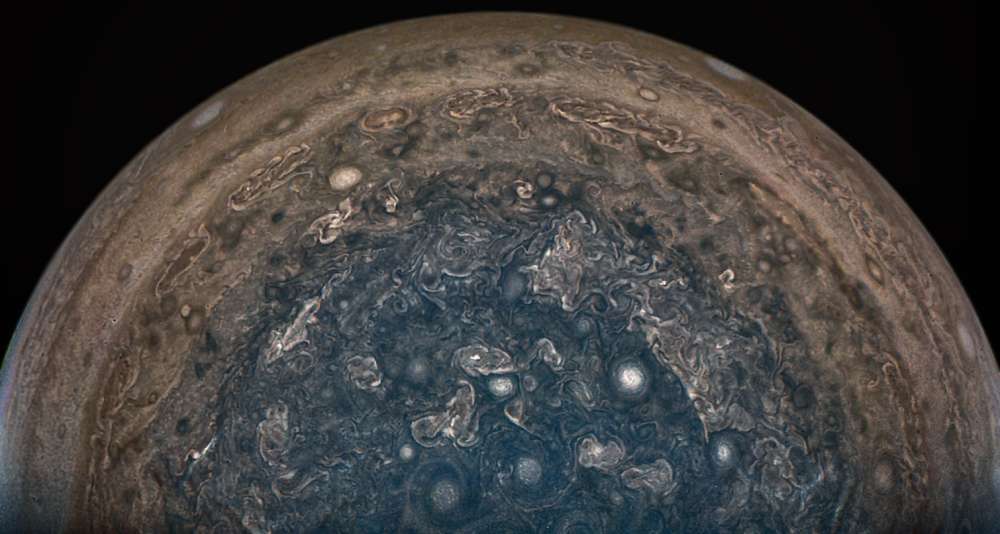 This stunning image of Jupiter's south pole was snapped by Juno on February 2, 2017. NASA/JPL-Caltech/SwRI/MSSS/John Landino

However, NASA is adamant that the change will not affect the scientific return of the mission. Despite having fewer close flybys to study Jupiter, Juno will now be able to study Jupiter’s magnetosphere in greater detail.

Juno will also spend less time in Jupiter’s strong radiation belts. This means there is a possibility the mission could be extended beyond July 2018, with the spacecraft expected to degrade less. The end of the mission will remain the same, though, with Juno entering the atmosphere of Jupiter and burning up.

In its now semi-permanent orbit, Juno comes as close as 4,100 kilometers (2,600 miles) to Jupiter and travels as far as 3 million kilometers (2 million miles) away. Its last flyby was on February 2, and its next will be on March 27.

You can get involved with the mission, too, by voting on what the spacecraft snaps with its JunoCam instrument.