A year on from his one-of-a-kind face transplant, Patrick Hardison has said that the “surgery has truly given me back my life,” adding that he recently went on a family vacation to Disney World and swam in the pool with his kids – something he hadn’t done in 15 years.

“I go about my day just like everyone else,” Hardison explained at a press conference at NYU Langone Medical Center, the institute where the operation took place back in August 2015. “It’s allowed me to do things with my family that I had not been able to do. I can’t tell you what a sense of freedom it is to even drive my kids to school.”

Since his new face was attached, he has had several more minor operations to adjust his new eyelids and lips, to remove the feeding tube from his abdomen and the breathing tube from his trachea, and remove some excess skin. The pictures speak for themselves – compared to how Hardison looked before the operation, it’s now impossible to tell he was ever involved in a traumatic accident back in 2001.

“There are no more stares, no more frightened children running away from me. I’m pretty much just a normal guy,” he said. “Now, I want to help others to pursue this type of surgery, especially fellow firefighters and members of the armed services. There definitely is hope.”

This firefighter was the prime candidate for the groundbreaking surgery. Injured by a collapsing building while on the job, he was left with severe facial injuries and burns that, for anyone else, would be a permanent fixture. After living with his horrific scars for 14 years, he had a rather melancholy stroke of luck – he was to be given the face of a brain-dead man who was left in a vegetative state after a cycling accident. 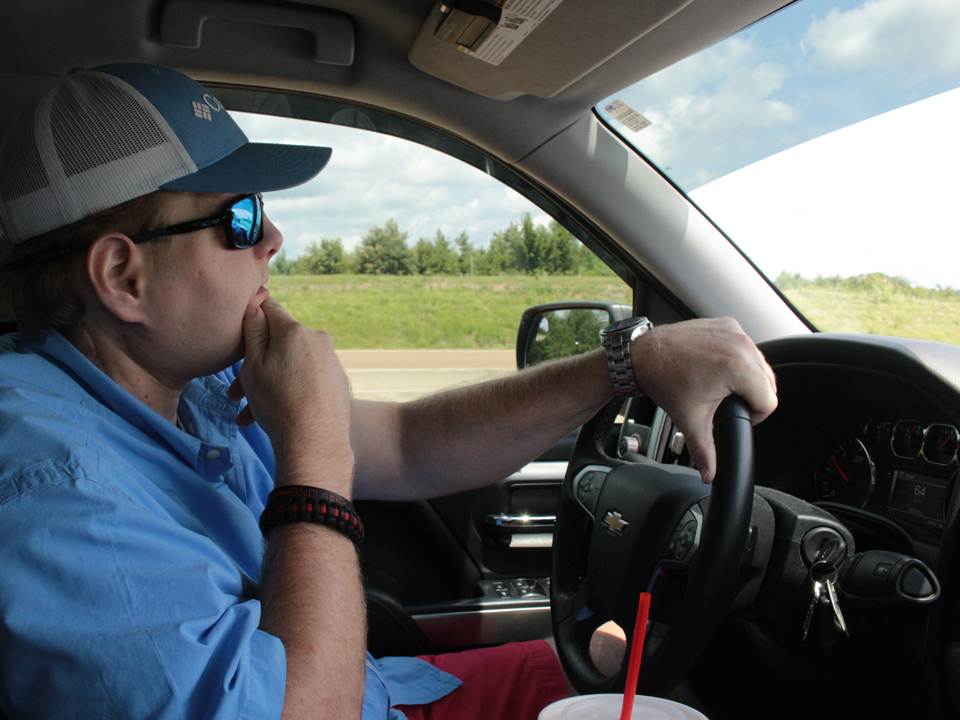 Thanks to his functioning new eyelids, he can blink properly and has restored sight, which means he can drive a car just like anyone else. NYU Langone

The donation was only approved after medical professionals were confident that both men’s height, weight, skin tone, hair color and blood type were compatible. The operation took 26 hours and involved over 100 people working in two teams. First, Hardison’s scarred face was cut away, before the new face was attached to his deep facial structures, including his muscles, blood vessels, and nerve endings.

There was around a 50 percent chance that he would survive the operation – a mere flip of a coin – but fortunately, Hardison did.

However, this may not be the end of the story. Although the surgeons did all they could to make sure the face wouldn’t be rejected by Hardison’s body, there was always a chance that, like with any organ transplant, his immune system would attack the new face.

He was given a life-long course of immunosuppressant pills in order to stave this off, but the surgeons at the time were convinced that at some point in the future, his body would begin rejecting the face. A stronger course of immunosuppressants is on standby for if it does, but a year on, Eduardo Rodriguez, the surgeon at NYU Langone that led the face transplant team, is optimistic.

“We are amazed at Pat’s recovery, which has surpassed all of our expectations,” Rodriguez said in a statement. “Most significant is the lack of a rejection episode. We believe this has much to do with the methodical approach we took in the matching process to ensure that Patrick’s donor provided the most favorable match.”

Hardison is clearly enjoying the incredible new lease of life his new face has brought him, and for now, there are no signs of his face being rejected. This fall, a poignant meeting will take place been himself and the family of his donor, David Rodebaugh. 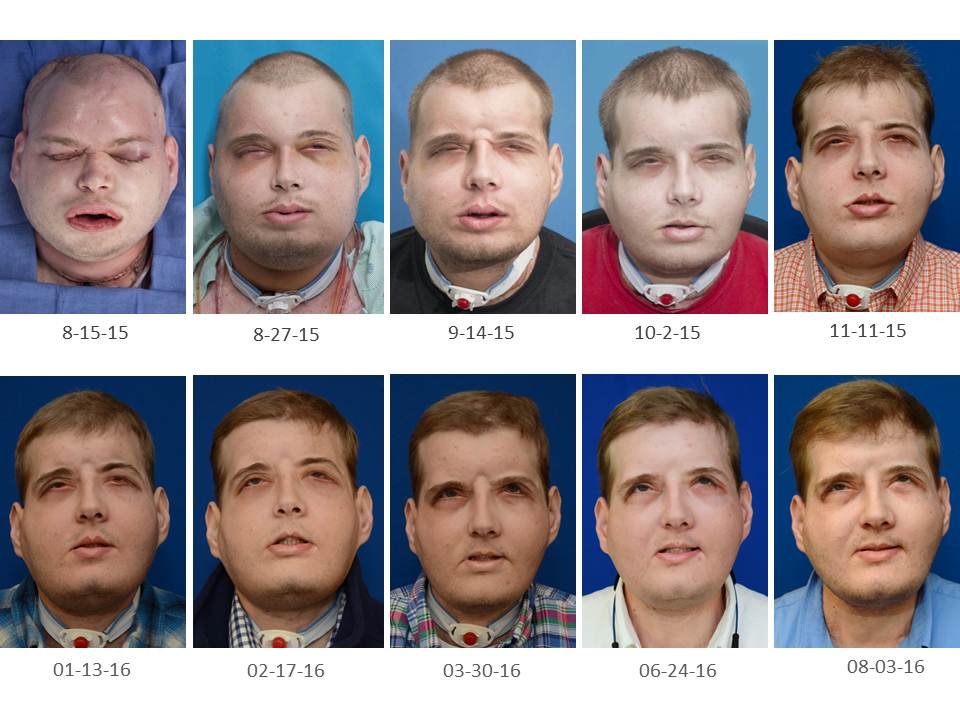 A more detailed look at the progression of the face from the day of the operation to this month. NYU Langone