Africa has lost one of its last remaining giants. This week, officials announced the death of an elephant known as Satao II, thought to have been one of the oldest and largest elephants still to be traversing the savanna. Surviving droughts, witnessing the deaths of countless other elephants at the hands of poachers, and even pulling through previous attempts on his own life, the light has finally gone out for the majestic beast.

The body of Satao II was found back in January during routine aerial surveys carried out by the Kenyan Wildlife Service (KWS) over Tsavo East National Park, but was only announced on Monday during the park's annual report. The remains were found shortly after the elephant had been killed, and the immense tusks retrieved, one of which weighed in at a hefty 51 kilograms (112lbs), and the other 50.5 kilograms (111lbs).

His cause of death is not yet known, but it is suspected he was killed by a poison arrow, which is often used by poachers to fell the poor creatures. Thought to have survived numerous attempts on his life during his 50 years wandering the bush, it seems this was his final stand. Following the discovery of the fresh carcass, the KWS were able to track the poaching gang deep into the park, before making contact with them and arresting two notorious poachers and confiscating weapons. 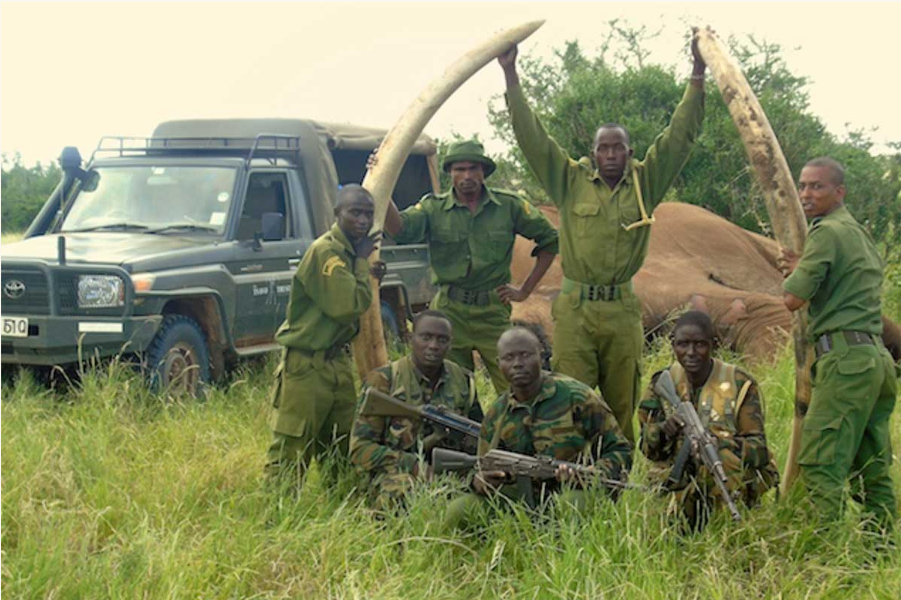 “Although this is a very sad loss in every way, we can take some positive from this in that Satao's carcass was indeed found with the ivory intact, and recovered before it could fall into the wrong hands and further fuel the illegal ivory market,” said the Tsavo Trust, who monitor the big tuskers in the park. “More importantly, this poaching gang... has been broken forever.”

Satao II was thought to be one of only 25 to 30 so-called “giant tuskers” left roaming the African wilderness. These bull elephants are the last remaining giants on the continent, and reach the accolade when their tusks become so large they touch the ground. There would have been a time when many African elephant bulls reached this stage, but with rampant hunting over the past century, the gentle giants are becoming rarer and rarer.

Of these big tuskers, around a third are thought to live in Tsavo, with the Tsavo Trust dedicated to keeping track of the six bulls, seven cows, and 15 “emerging” tuskers, and trying to keep the precious animals out of harm’s way. Yet the death of Satao II is not only a loss of a beautiful animal, but also for future generations. With his death, the genes that gave him his massive tusks and immense stature have been lost from the population.