Barack Obama has been a particularly ambitious president. When combined with his scientific pragmatism, it’s often led to some quite striking results. An exclusive article for CNN gives a particularly wonderful example of this – namely, he has done all he can to pave the way for humanity to set foot on Mars as soon as possible.

“One of my earliest memories is sitting on my grandfather's shoulders, waving a flag as our astronauts returned to Hawaii,” the 44th president writes. “This was years before we'd set foot on the moon.”

It’s a typically soaring piece from Obama, one that describes how America is driven by a sense of wonder, curiosity, and the need to innovate. It’s a piece that encapsulates the most positive aspect of an ideal known as American exceptionalism, the notion that only in America can certain things be done.

Whether or not you agree with that ideal is neither here nor there in this regard. The 2017 NASA budget has just passed a rather difficult hurdle in Congress, which means a crucial stepping stone taking humanity to Mars has almost been concretely set in place.

Other spacefaring organizations, from China to the European Space Agency, may want to claim the first footprints on the Red Planet, but the Obama administration – along with a decent chunk of senators and representatives in Congress – is doing all it can to ensure that an American flag is the first to arrive.

Still, that’s not all the space science that’s been churned out in the last eight years, as the president is keen to point out. Obama’s CNN piece cites the detailed mapping of Pluto, the spotting of Earth-like exoplanets using US technology, and giving the private space sector room to grow as a few examples of the achievements that have taken place on his watch. 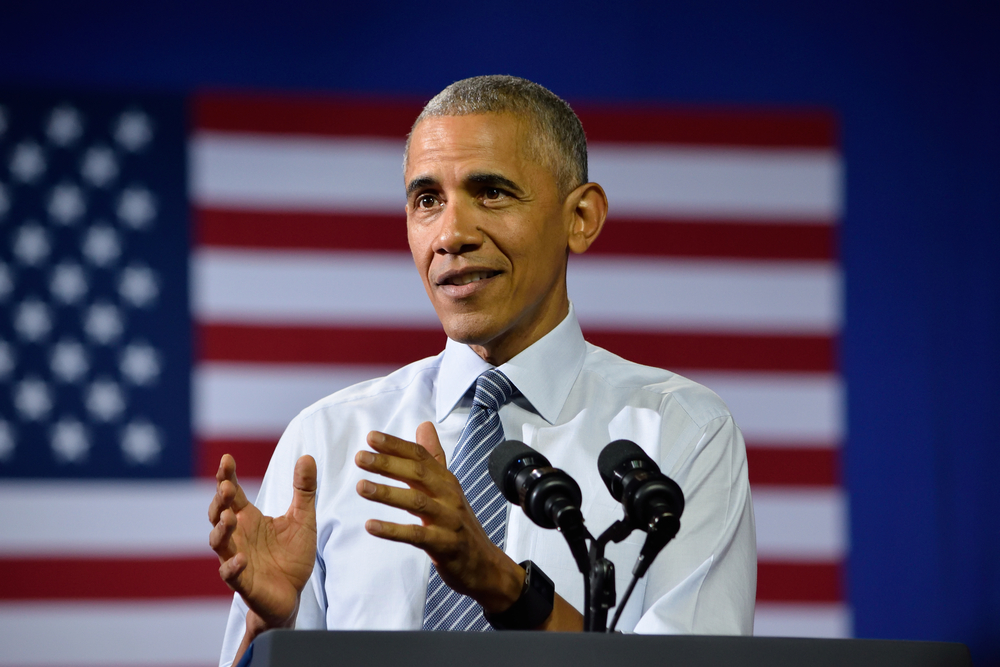 Obama hopes that one day, Mars will become a second home. Evan El-Amin/Shutterstock

“In our first few months, my administration made the largest single investment in basic research in our history,” Obama continues. “I went to the Kennedy Space Center to call for reimagining and reinvigorating our space program to explore more of our solar system and look deeper into the universe than ever.

“In the years since, we've revitalized technology innovation at NASA, extended the life of the International Space Station, and helped American companies create private-sector jobs by capitalizing on the untapped potential of the space industry.”

Ultimately, though, his focus is on Mars, pointing out that by the 2030s, there will be NASA astronauts bounding around its surface. He notes that this goal will likely not succeed without both international cooperation and contributions from the private sector.

Obama wishes to see astronauts not as visitors to other worlds, but future residents – a goal that we can all surely get behind.