Time flies when you’re having fun at the edge of the Solar System. NASA’s New Horizons spacecraft is now halfway to its next target, an object in the Kuiper Belt.

In case you forgot, this spacecraft became our first emissary to Pluto on July 14, 2015. But after returning stunning images and data on this dwarf planet, it was sent on a new mission to explore 2014 MU69, which it will fly past on January 1, 2019.

“It’s fantastic to have completed half the journey to our next flyby; that flyby will set the record for the most distant world ever explored in the history of civilization,” said Alan Stern, New Horizons principal investigator from the Southwest Research Institute in Boulder, Colorado, in a statement. 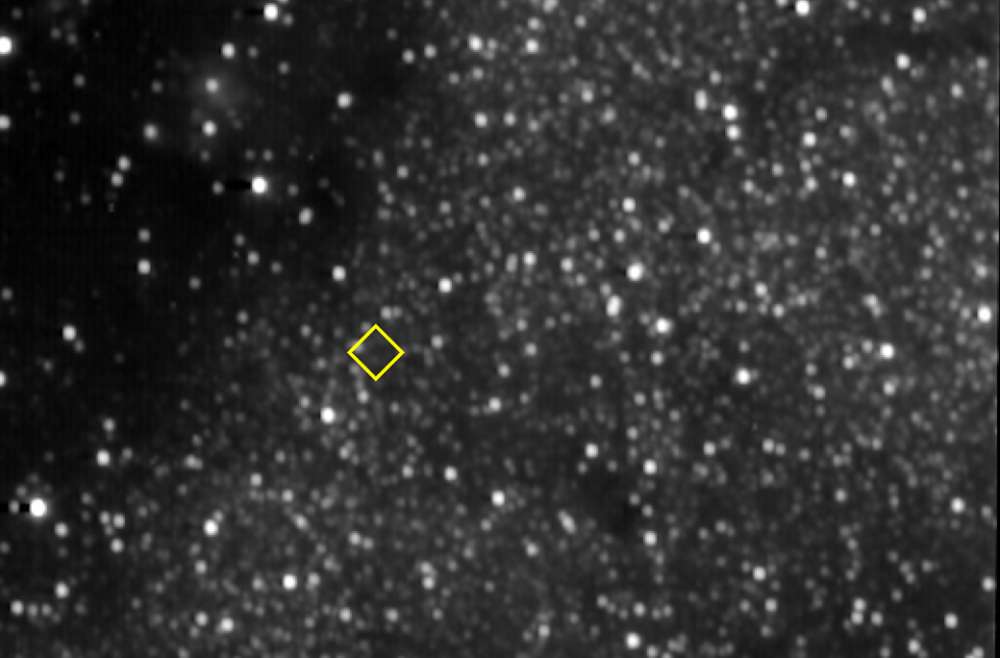 This image, taken by New Horizons on January 28, 2017, shows the predicted location of MU69 in the yellow diamond. NASA/JHUAPL/SWRI

Once it arrives at MU69, the visit will be brief, with the spacecraft using its cameras and instruments to study this world in mere hours. But it will be our first ever look at an object so far from Earth, believed to be a remnant of our Solar System’s formation. The object is no more than 40 kilometers (25 miles) across, much smaller than Pluto, which is 2,374 kilometers (1,475 miles) in diameter.

The spacecraft is about to enter a hibernation period of 157 days, which will be the first time it has been turned off since December 6, 2014. When it wakes up again, scientists will use New Horizons to study more than two-dozen KBOs from a distance of the way to MU69. It will see MU69 for the first time in September 2018.

Pluto might be long gone, but there is plenty more excitement to come from New Horizons.