For astronomers, the ideal planet around another star would have several criteria to meet, and so far no discovery has ticked all the boxes. However, the newly discovered LHS 1140b meets so many that one of its finders described it in a statement as "the most exciting exoplanet I’ve seen in the past decade."

LHS 1140b's discovery has been announced in Nature. It is classified as a super-Earth that's 6.65 times as massive as our world, but with a radius just 1.4 times our own, it would feel familiar, even if the gravity would be uncomfortably high. Just as importantly in the quest for extraterrestrial life, LHS 1140b gets 0.46 of the heat from its star that the Earth gets from the Sun, putting it in the so-called Goldilocks Zone where liquid water can exist. At 41 light-years away, it's easy to study compared to many interesting worlds with distances 20 times greater. The distance is very similar to several other interesting stars, including Trappist-1.

Perhaps most importantly for the purposes of the study, LHS 1140b transits across the face of its parental star LHS 1140, as seen from Earth. This has already allowed us to measure its radius, and revealed the fact that its orbit is somewhat circular, avoiding the situation some planets face of being alternately frozen and boiled, even if the average temperature is comfortable. Exciting as the discovery of Proxima Centauri b was, the fact that it does not appear to transit makes it frustratingly hard to determine similar features.

Probably the greatest benefit of LHS 1140b's transiting orbit is that it may give us the chance to find out the composition of its atmosphere, assuming it has one. Light from LHS 1140 will pass through that atmosphere during future orbits, and by looking at which wavelengths are absorbed, we should be able to determine the chemical composition. Although no existing telescope could manage this, some of the giants already being built might be up to the task.

As with most stars in our galactic neighborhood, LHS 1140 is an M-type dwarf, with a mass 15 percent of the Sun's, but slightly older. It appears to be less prone to atmosphere-eroding eruptions than most M-type stars. Its glare may be low enough that we can spot the planet directly, which is harder with brighter stars. The low luminosity of LHS 1140 also means its habitable zone is quite close in, so we get to watch transits every 25 days, rather than having to wait years for observations.

First author Dr Jason Dittman of the Harvard Smithsonian Center for Astrophysics said: "We could hardly hope for a better target to perform one of the biggest quests in science – searching for evidence of life beyond Earth.” 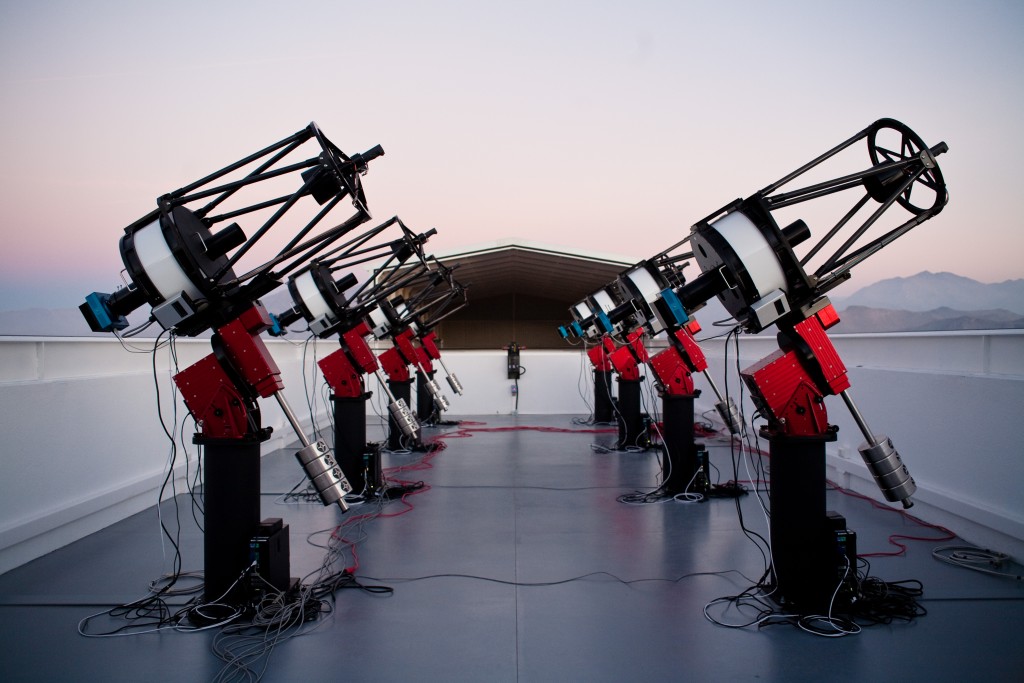 The latest important exoplanet discovery was made, not by a single large telescope, but by the Cerro Tololo, Chile, array of networked telescopes not much larger than those many amateurs own. Jonathan Irwin