Say hello to the Europa Clipper. NASA has officially named its mission that will launch in the 2020s to study the moon of Jupiter and work out if it might have a habitable ocean under its surface.

The name Europa Clipper has been used unofficially for the mission since it was first proposed a few years ago, but the mission was more formally known as the Europa Multiple Flyby Mission.

That name stemmed from the spacecraft’s planned 45 flybys of Europa while in orbit of Jupiter, rather than orbiting Europa directly. The reason for this is that the radiation levels at Jupiter are intense and it would be difficult to keep the spacecraft running around Europa.

Instead, its orbit will take it far out from Jupiter, before swooping down over Europa as close as 25 kilometers (16 miles) above the surface.

"During each orbit, the spacecraft spends only a short time within the challenging radiation environment near Europa,” said Robert Pappalardo, Europa Clipper project scientist at NASA's Jet Propulsion Laboratory in Pasadena, California, in a statement. “It speeds past, gathers a huge amount of science data, then sails on out of there.” 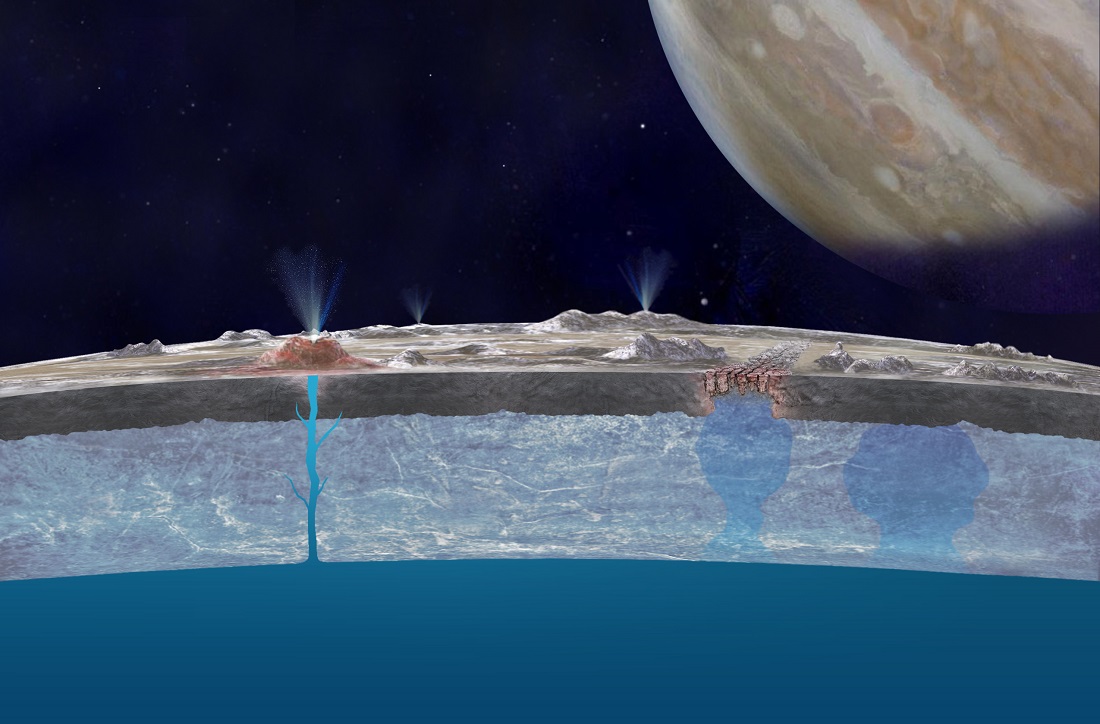 Explaining the reasoning behind the name, NASA noted how the moniker “clipper” harkens back to clipper ships that sailed across Earth’s oceans in the 19th century. This ship, though, will be “sailing” deep into the Solar System.

We’ve currently got one spacecraft in orbit around Jupiter, NASA’s Juno spacecraft. However, Juno is designed only to study Jupiter and is unlikely to get much data from any of the Jovian moons.

The Europa Clipper will give us that capability, something that’s very exciting. Europa has an icy shell that’s roughly up to 25 kilometers (15 miles) thick. Beneath it, though, there is an ocean stretching tens of kilometers towards the moon’s core.

With water and a source of energy (Jupiter’s gravitational push and pull on the moon), there’s a chance this ocean is a habitable environment. If there are organics there, then there could even be microbial life.

While this mission won’t sample the surface of the moon or its ocean directly, NASA is also working on a Europa Lander that would touch down in the the late 2020s or early 2030s and sample the surface. It might be many years in the future that we actually sample the ocean directly – but these missions might help us one day find out if there’s life on Europa.