NASA’s Curiosity rover has found new evidence that Mars once had lakes on its surface, in the form of mud cracks on the surface originating in an evaporated lake.

The rover made the finding on a rock slab called “Old Soaker” in December 2016, in the lower regions of Mount Sharp in Gale Crater, which the rover is currently making its way up. If confirmed, these would be the first mud cracks, or desiccation cracks, found by the rover.

"Even from a distance, we could see a pattern of four- and five-sided polygons [measuring 1 to 2 centimeters across] that don't look like fractures we've seen previously with Curiosity," Nathan Stein, a graduate student at Caltech in California who led the investigation, said in a statement. "It looks like what you'd see beside the road where muddy ground has dried and cracked."

This isn’t the first evidence Curiosity has found for ancient liquid water. It has previously seen what appears to be an ancient stream bed, with smoothed pebbles that seem to have been rounded by water. Rock layers at the bottom of Mount Sharp also indicate an accumulation of sediment from ancient lakes billions of years ago. But this latest discovery helps paint a picture of what Mars once looked like.

"If these are indeed mud cracks, they fit well with the context of what we're seeing in the section of Mount Sharp Curiosity has been climbing for many months," said Curiosity Project Scientist Ashwin Vasavada of NASA's Jet Propulsion Laboratory in California. "The ancient lakes varied in depth and extent over time, and sometimes disappeared. We're seeing more evidence of dry intervals between what had been mostly a record of long-lived lakes." 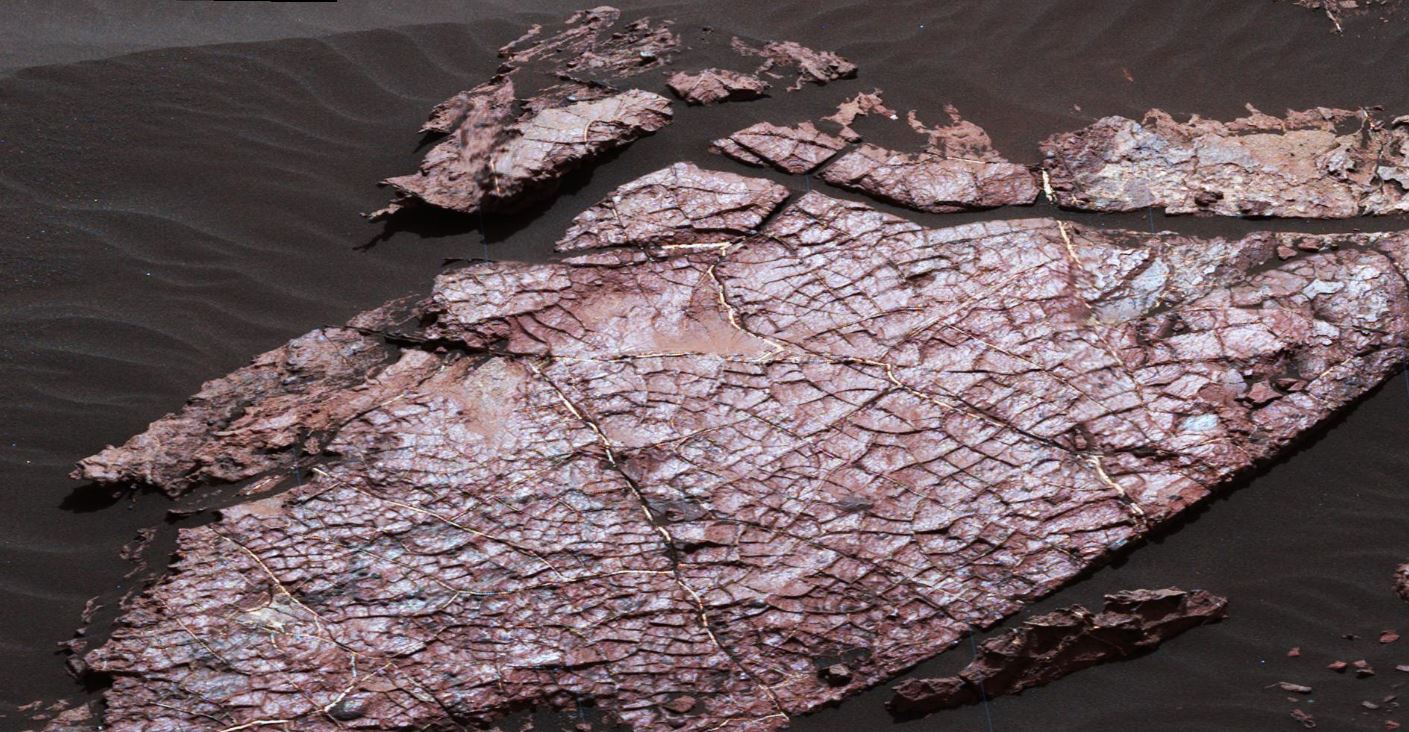 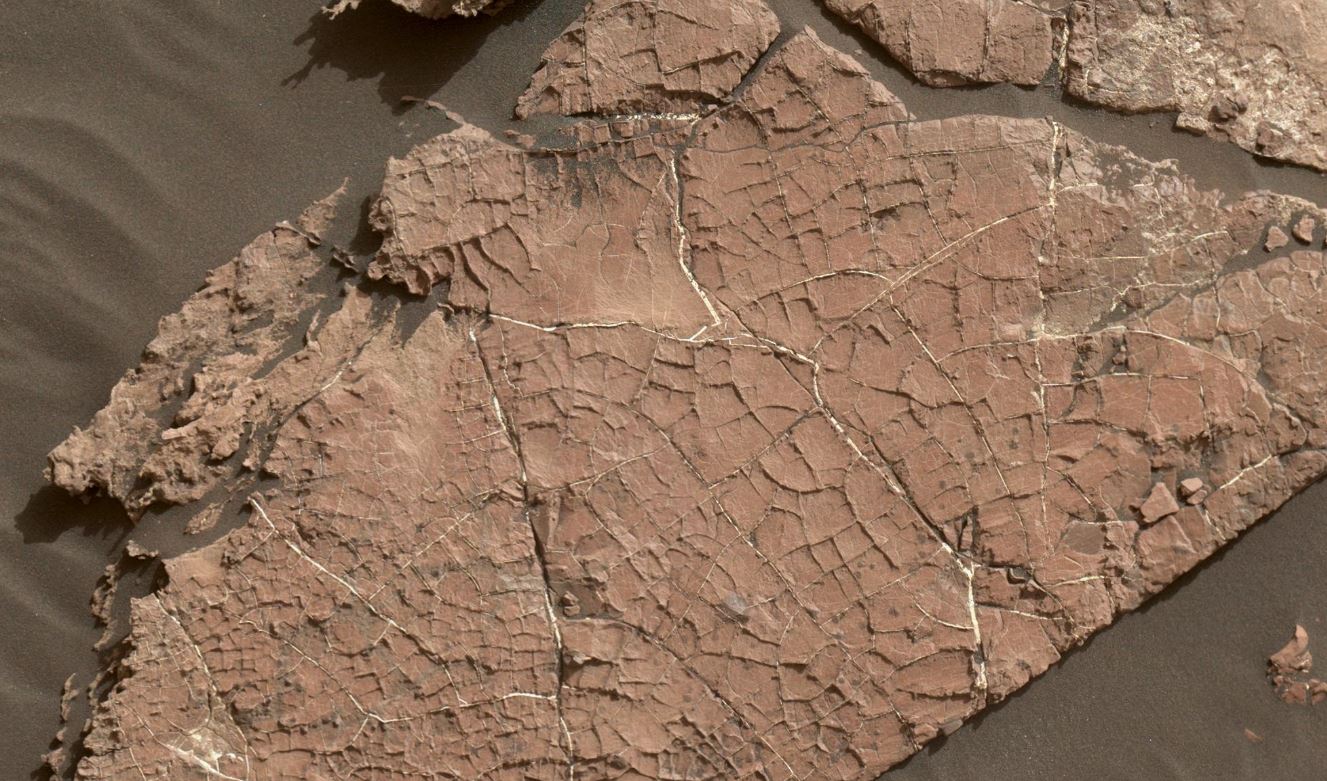 Another image of the mud cracks, taken from above on December 31, 2016. NASA/JPL-Caltech/MSSS

In the images, the cracks appear to be raised ridges above the ground. The reason for this is that they likely formed 3 billion years ago, before being buried by layers of sediment. As wind eroded those layers, material in the cracks resisted the erosion and were left protruding from the ground. This crack-filling material was likely a mixture of windblown dust and sand, and minerals delivered by groundwater such as calcium sulfate.

The extent of how much water Mars had is still up for debate. Some think it was once covered in a vast ocean, with more water than the Arctic Ocean. Other research suggests it went through multiple brief wet periods.

As for Curiosity, it is continuing to head up Mount Sharp. It has not been able to use its drill recently, after experiencing a problem moving it up and down last month, but scientists are hoping to resume drilling interesting targets soon.