Stars form when hydrogen clouds collapse and become dense enough to start nuclear fusion in the core. Understanding the details of this process has applications in several branches of astronomy. For example, the amount of stars produced yearly by a galaxy is an important discriminant used in astrophysics to define if a galaxy is active or (relatively) dead. Regardless of its extragalactic importance, a detailed star formation analysis is best done closer to home: in the Milky Way.

In the last 50 years, studies have looked at our galaxy in all wavelengths, from gamma rays to radio waves, to produce a precise analysis of where stars form. These stellar nurseries are called giant molecular clouds (GMCs) and are composed mostly of molecular hydrogen and helium with a small amount of other elements, molecules and dust.

When observed with optical telescopes, GMCs can go from the mundane to the spectacular. People might be familiar with objects such as the Pillars of Creation (below) or the Orion Nebula. 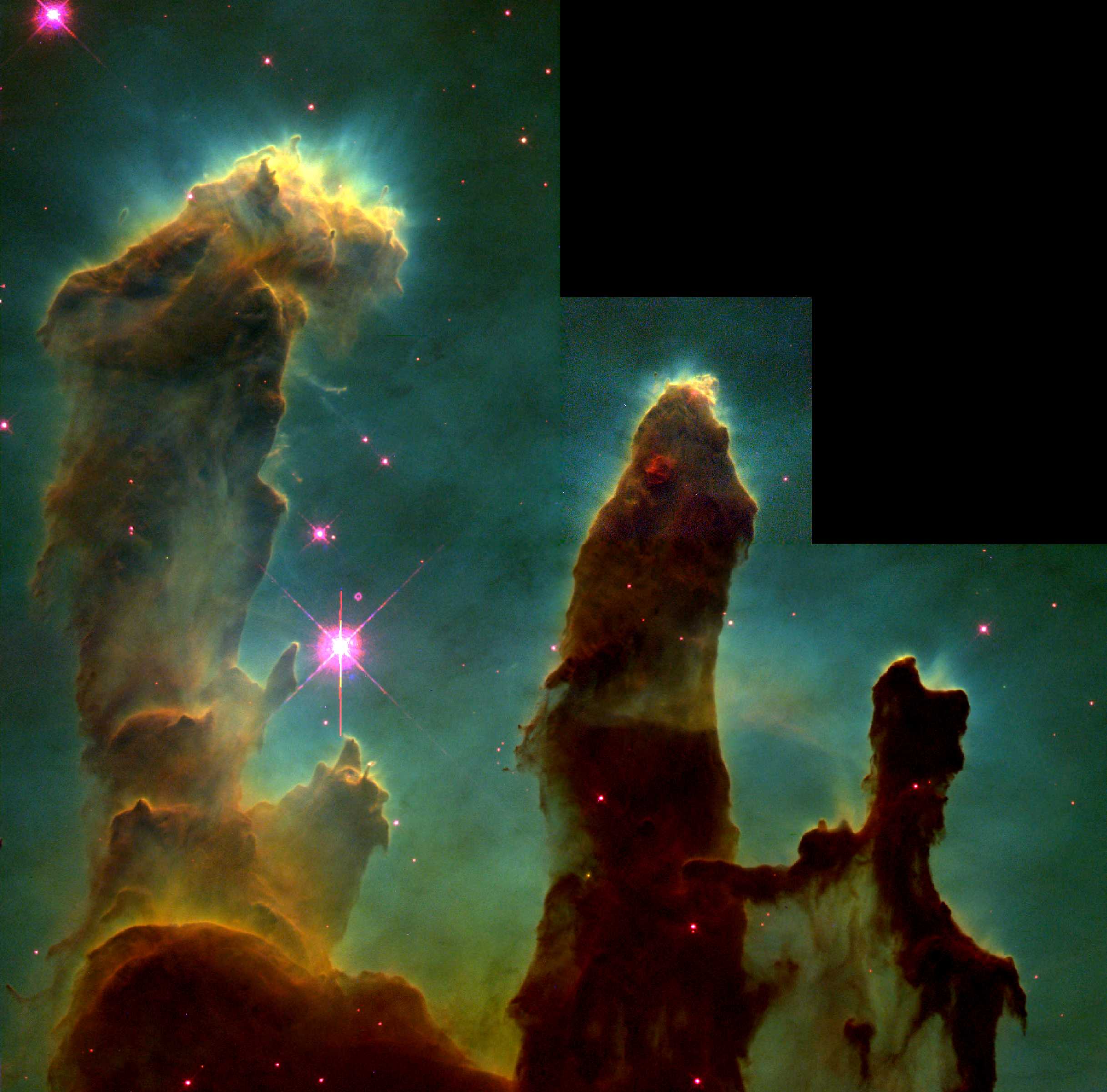 Image credit: The "Pillars of Creation" in the Eagle Nebula, by NASA, Paul Scowen, Jeff Hester (University of Arizona) via Wikimedia commons

Although the optical images are stunning, they don’t provide enough information on how stars form in these clouds. To look beneath the surface, scientists have been using infrared telescopes that can penetrate the clouds and they have been able to study the movement of the molecular gas responsible for the formation of new stars.

Somewhat counterintuitively, given that stars are so hot, gas needs to cool down so that it can condense to form a star. Efficient cooling is due to the presence of “metals” (in astronomy, these are defined as elements other than hydrogen or helium) in the collapsing gas cloud. In the last few decades, astronomers have produced gas maps following these metals to pinpoint the location of star formation. These maps have been usually quite coarse, often compared to weather maps, but now the most precise map yet has been released with unprecedented details.

The map was released as the first science result of the Three-mm Ultimate Mopra Milky Way Survey (ThrUMMS) by Peter Barnes and Erik Muller from the University of Florida who led an international team at the National Astronomy Observatory of Japan. The findings are published in The Astrophysical Journal.

The survey gives locations, velocity and temperature of gas clouds within an extensive area of the fourth quadrant of the Milky Way thanks to the ability of the Mopra Telescope to trace multiple molecules at once. The molecules mapped are different types of carbon monoxide (12CO, 13CO, C18O) and cyanogen (CN); by tracking these molecules, scientists were able to indirectly track the hydrogen that will eventually form new stars.

Image credit: Simultaneously mapped species of carbon monoxide over a 9° × 2° area, by the ThrUMMS Team.

This survey has highlighted that there is a significant variation in the position, column densities and velocity of these molecules in GMCs, which had not been observed in lower resolution surveys. Another significant result is related to the X-factor, an astrophysical quantity that relates the intensity of a certain molecule to the mass of the molecular gas. The study has discovered that the X-factor for carbon monoxide is not a fixed value and, importantly, they found a new calibration law to find exactly how much hydrogen is available given the measured CO. The study has produced discoveries that are going to lead to corrections to star-formation laws, the researchers claim, as well as investigating in details a virtually unexplored area of the Milky Way.

Astronomy
Gamma-Ray Eclipses Have Been Spotted For The First Time