Mars may be a famously red, dusty, thinly insulated planet now, but once upon a time, billions of years ago, it almost certainly had huge seas of liquid water and a warmer climate, not unlike our own world. Now, thanks to another glorious find from the Curiosity rover, researchers can confirm that Mars was even more Earth-like than anyone had ever realized.

Using its ChemCam instrument, which probes the geochemistry of any rock samples it comes across, Curiosity has determined that there are extremely high levels of manganese oxide present in surface-level Martian rocks – at least within the Gale crater in which the little mechanical laboratory is based. In order to get such high quantities of this compound, a planet requires just one thing: plenty of free oxygen floating around the atmosphere.

This means that, when these rocks formed, Mars had an atmosphere somewhat like that of Earth’s. Although it’s difficult to determine precisely how much free oxygen there was from this preliminary data, we now know that it must have been somewhat similar conditions to those that existed between 2 and 2.5 billion years ago, when something called the Great Oxygenation Event (GOE) occurred. 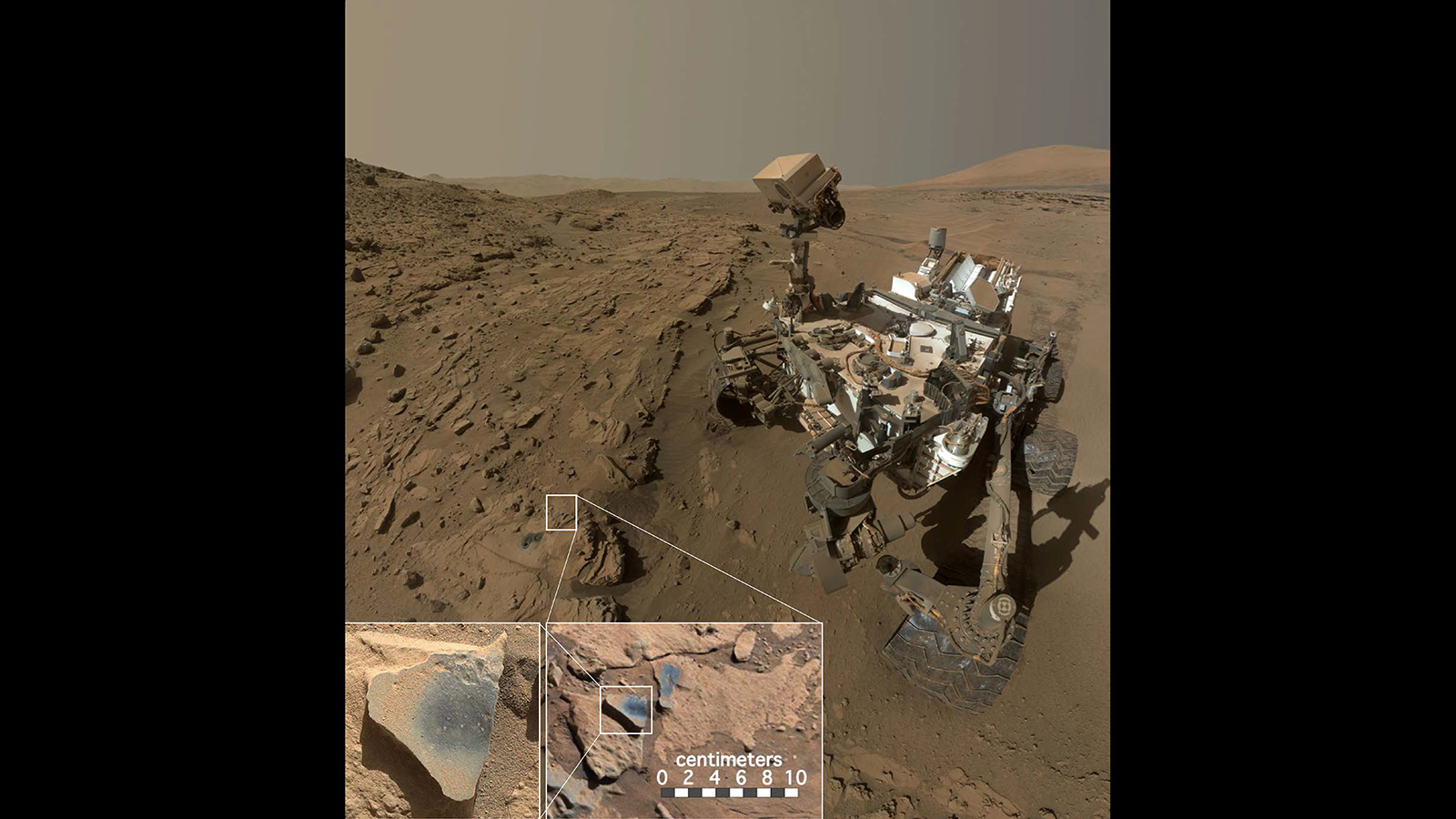 The GOE was most likely caused by the appearance of photosynthesizing life, which slowly converted the carbon dioxide-rich atmosphere on Earth into oxygen. When the surface geology could not chemically react with and subsequently absorb any more free oxygen, the rest was left to build up in the atmosphere, and the world was oxygenated.

Manganese oxide simply cannot form without extremely high quantities of free oxygen in the atmosphere, as observed on our own world at the time of the GOE. This also means that there was abundant liquid water on the surface, which agrees with multiple previous studies.

As for where this Martian free oxygen came from? Well, there are several possibilities, the first of which is the thought-provoking idea that it came about thanks to microbes, in a Martian version of the GOE on Earth.

However, without any evidence for microbial life on Mars – past or present – this has to remain an unlikely, but not impossible, scenario. It’s more likely that it has something to do with the Sun’s destruction of Mars’ atmosphere.

“One potential way that oxygen could have gotten into the Martian atmosphere is from the breakdown of water when Mars was losing its magnetic field,” Nina Lanza, a planetary scientist at Los Alamos National Laboratory in New Mexico, and lead author of the Geophysical Research Letters study, said in a statement.

By “breakdown,” Lanza is referring to the fact that, when our Sun began to strip away Mars’ thicker atmosphere, ionizing radiation from the Sun could hit the water at the surface and split it into hydrogen and oxygen. The weak gravitational field strength of Mars meant that the lighter hydrogen atoms escaped into space, but the denser oxygen atoms managed to stay behind. This oxygen then reacted with the surface, forming manganese oxides and iron oxides, the latter of which turned the surface of the world red.

Either way, the oxygen levels of Mars today are incredibly low, save for some lingering in the upper atmosphere, which suggests that it either all reacted to form oxide compounds, or much of it left when the atmosphere was nearly completely washed away by powerful, persistent solar winds. 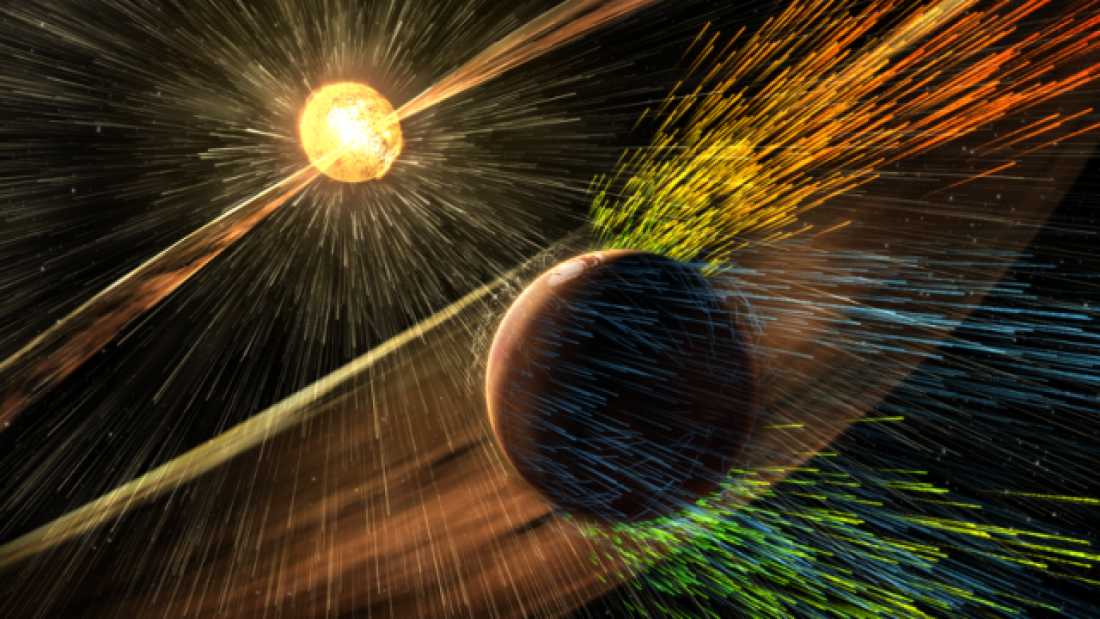