Scientists have found evidence on Mars that supports the idea our Solar System went through a tumultuous period. The findings, led by the Southwest Research Institute (SwRI) in Texas and the University of Arizona, were published in Nature.

The idea of our Solar System going through a late heavy bombardment (LHB) 4.1 to 3.8 billion years ago is a bit controversial. Basically, we think that something caused comets and asteroids in the outer Solar System to swing inwards, maybe a passing star or planet, impacting many of the planets and moons and possibly bringing life and water to Earth.

We can see evidence for this on the Moon. Samples collected by the Apollo missions found that most of the craters on the Moon originated from this period. Other bodies seem to have craters of a similar age.

In this latest study, the scientists dated impacts on Mars. In particular they looked at its largest basin, Borealis, which is 10,000 kilometers (6,000 miles) wide and covers most of the planet’s northern hemisphere. By comparing it to the youngest large basins on Mars – Hellas, Isidis, Argyre, and Utopia (which is now buried) – they found that it was 4.5 billion years old, almost as old as Mars itself. 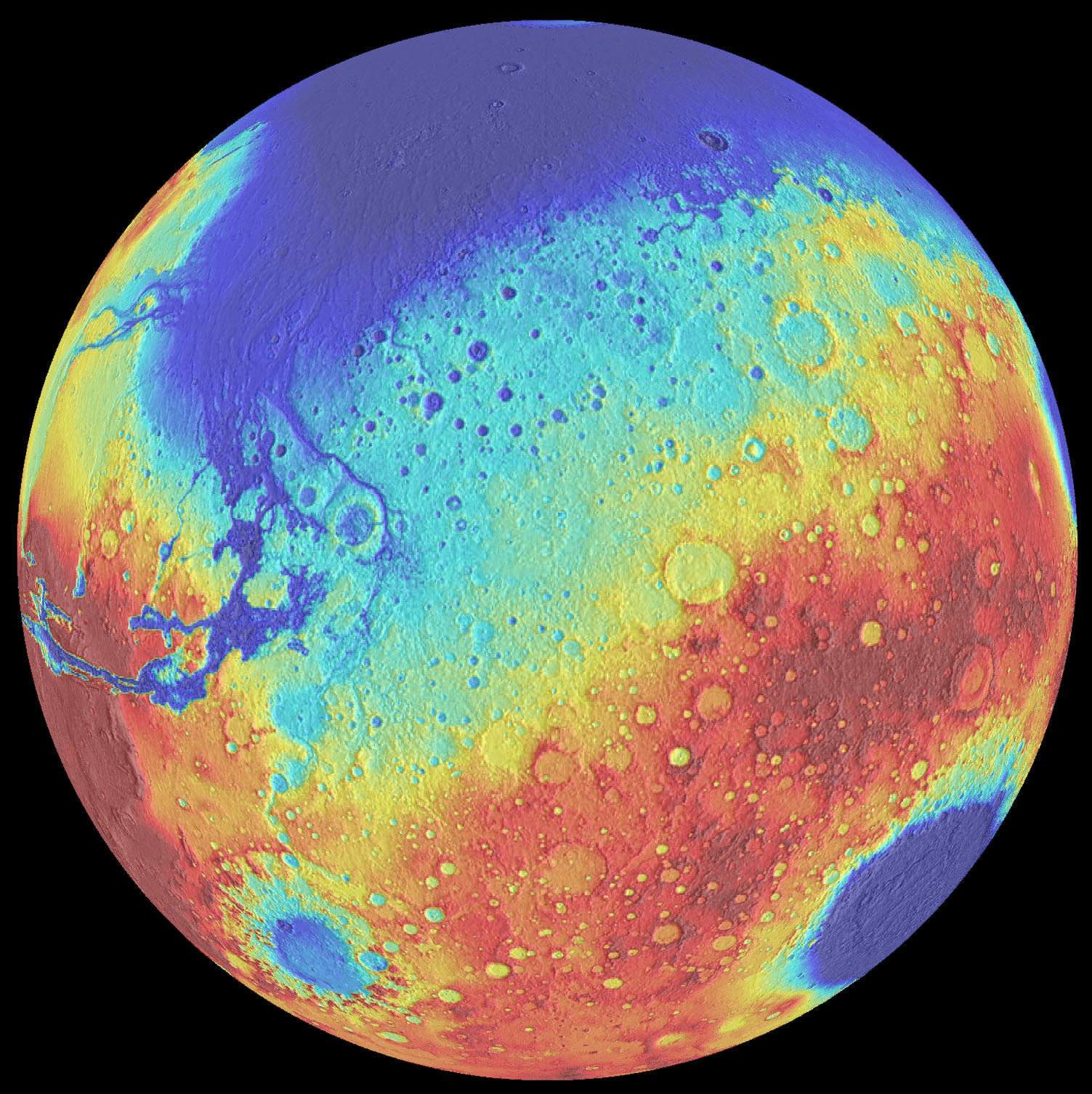 Borealis is top, Hellas is bottom right, and Argyre is bottom left (all in blue). SwRI

This then appears to have been followed by a lull for about 400 million years, which the researchers call the “doldrums”, before another period of bombardment from 4.1 to 3.8 billion years ago. The formation of these basins require two groups of asteroids to hit Mars, with the first being the result of the planets forming, and the second possibly the LHB.

“The new results reveal that Mars’ impact history closely parallels the bombardment histories we’ve inferred for the Moon, the asteroid belt, and the planet Mercury,” lead author William Bottke from the SwRI said in a statement.

“We refer to the period for the later impacts as the ‘Late Heavy Bombardment.’ The new results add credence to this somewhat controversial theory. However, the lull itself is an important period in the evolution of Mars and other planets. We like to refer to this lull as the ‘doldrums.’”

That won’t entirely put the debate over the LHB to rest. But it does provide a bit more evidence supporting the idea.