Let’s go back in time 260 million years ago, just as the early dinosaurs were beginning to emerge from the greatest mass extinction event the world has ever experienced. Back then, there was also a group of rather curious creatures known as therapsids, one which included modern mammals.

A member of this group, the dog-sized, fang-owning Euchambersia mirabillis, roamed around the plains of what is now South Africa, and paleontologists have just discovered something rather frightening about it. It had a “kiss of death”, in that its saliva was infused with a potent venom.

Venomous creatures – those that inject toxins into the victim’s bloodstream via a bite or sting – are extremely common things today, but back then there weren’t many at all. In fact, according to a new study in the journal PLOS ONE, E. mirabillis is the oldest example of a venomous vertebrate known to science.

“Today, snakes are notorious for their venomous bite, but their fossil record vanishes in the depth of geological times at about 167 million years ago,” Julien Benoit, a paleontologist at the University of Witwatersrand in South Africa, said in a statement. “So, at 260 million years ago, the Euchambersia evolved venom more than a 100 million years before the very first snake was even born." 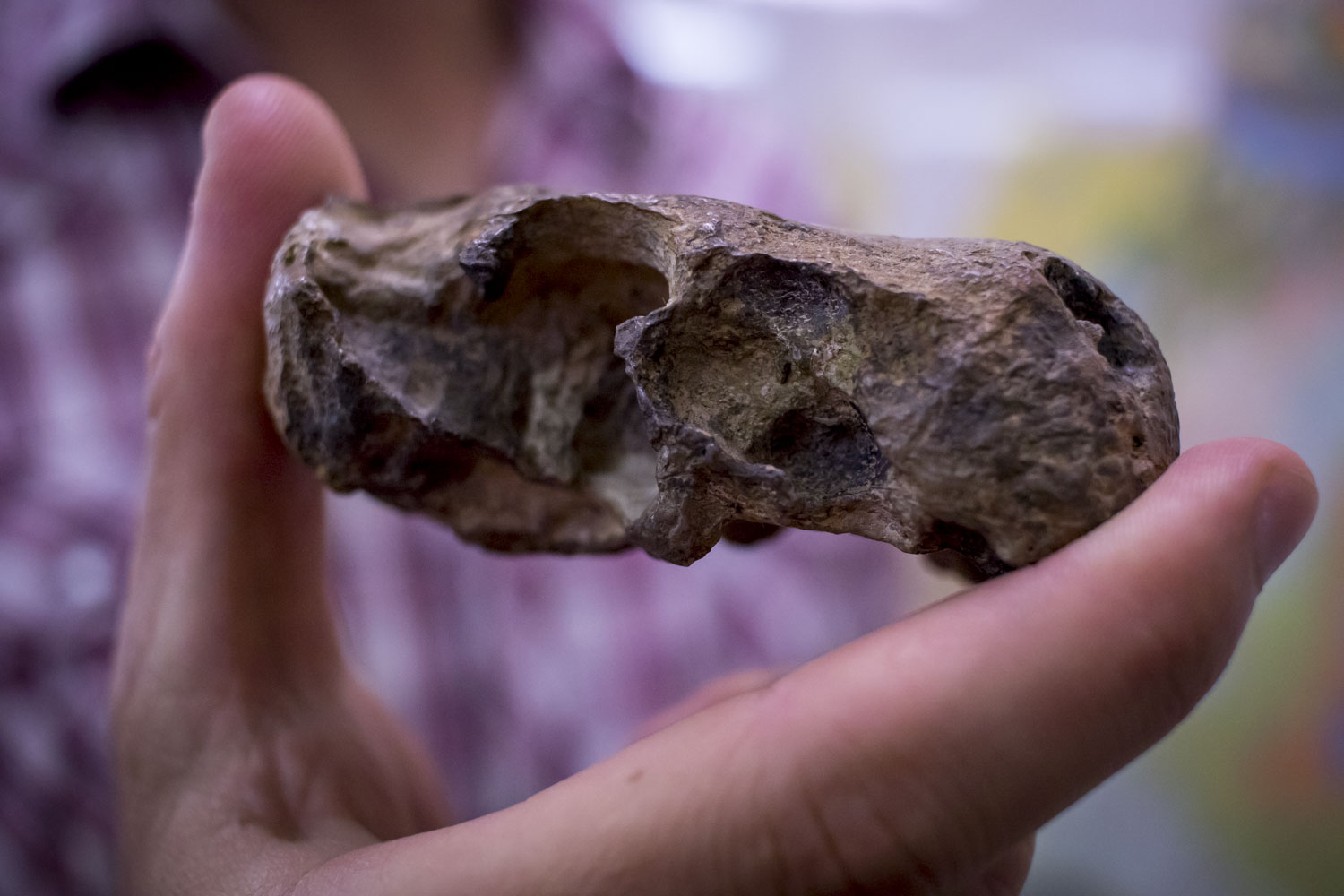 One of the Euchambersia's fossilized skulls, with the venom gland cavities seen just to the right of the researcher's index finger. Wits University

Venomous animals today are rarely mammals – think platypuses, vampire bats, a handful of shrews, and the Caribbean solenodons. The extremely effective physical methods predatorial mammals use to kill their prey has rendered venom, which takes time to act on the victim, somewhat useless in this sense, and consequently few lineages still contain venom-producing glands.

However, E. mirabillis, a mammal-like reptile, seems to have been the first example of a spine-owning, venomous beastie that we know of.

Frustratingly, the soft tissue that makes up venomous glands do not fossilize over time. Thanks to the clever use of CT scanning and 3D imaging techniques, this team of researchers nevertheless found that certain “gaps” in the fossilized skulls of E. mirabillis almost certainly fit the shape of several venom glands.

Several previously unseen canines hiding within the skulls were also discovered. “Such a ridged dentition would have helped the injection of venom inside a prey,” Benoit said.

Using this mechanism for both hunting and defense, these creatures would have been formidable foes to all but the most massive of carnivorous predators. They probably died out during the rise of the dinosaurs, when mammalian lineages took a backseat to the famous monsters for the next 190 million years or so.