The Amazon holds a fair few records. Not only is it the biggest rainforest, largest river, and most biodiverse habitat on land, it has now been revealed that it is also home to the longest freshwater migration of any fish. New research has uncovered the epic migration of the dorado catfish, as the giant animal travels from the Andes to the coast – and back again – covering an astonishing 11,600 kilometers (7,200 miles).

The marathon migration for the Brachyplatystoma rousseauxii, which can grow to be 2 meters (6.5 feet) long, starts in the headwaters of the rivers at the foot of the Andes. The tiny larva, only a few centimeters in length, drifts with the current of the mighty river as it flows downstream, until the fresh water meets the ocean at the mouth of the Amazon River, by which time the fish has developed into a juvenile.

In the estuary, the nutrient-rich waters of the Amazon mix with the ocean, providing the perfect environment for small creatures to flourish. This makes the mouth of the river into a bountiful nursery for the developing catfish, which then spend the next two years or so fattening up. Once large enough, the rising water levels from the wet season prompt the fish to start their mammoth return journey, as they then take the next two years retracing their steps to the foothills of the Andes where they spawn, and start the cycle all over again.

Yet there is still a lot we don’t know about the mysterious dorado. “Many questions remain about these incredible fish, such as why they travel so far to reproduce and they return to [their] place of birth to spawn,” said Michael Goulding, co-author of the study published in Scientific Reports. “Now we have a baseline that will help direct the trajectory of future research and conservation efforts.”

It also seems that the dorado is not alone in its impressive long-distance swimming, as at least three other “goliath” species of catfish that spawn in the foothills of the Andes are also likely to follow a similar migration, and it is suspected that a fair few of the other large fish that call the Amazon home may do something similar.

The epic migration highlights the critical importance of keeping the networks of rivers unobstructed from source to mouth, as a massive expansion of dam building threatens to block many of the tributaries that feed the Amazon. This would clearly be a disaster for the fish that need to move up and down the waters unhindered, but as a knock-on effect, it would also directly impact the countless number of communities up and down the Amazon that depend on the fish as a main source of food and income. 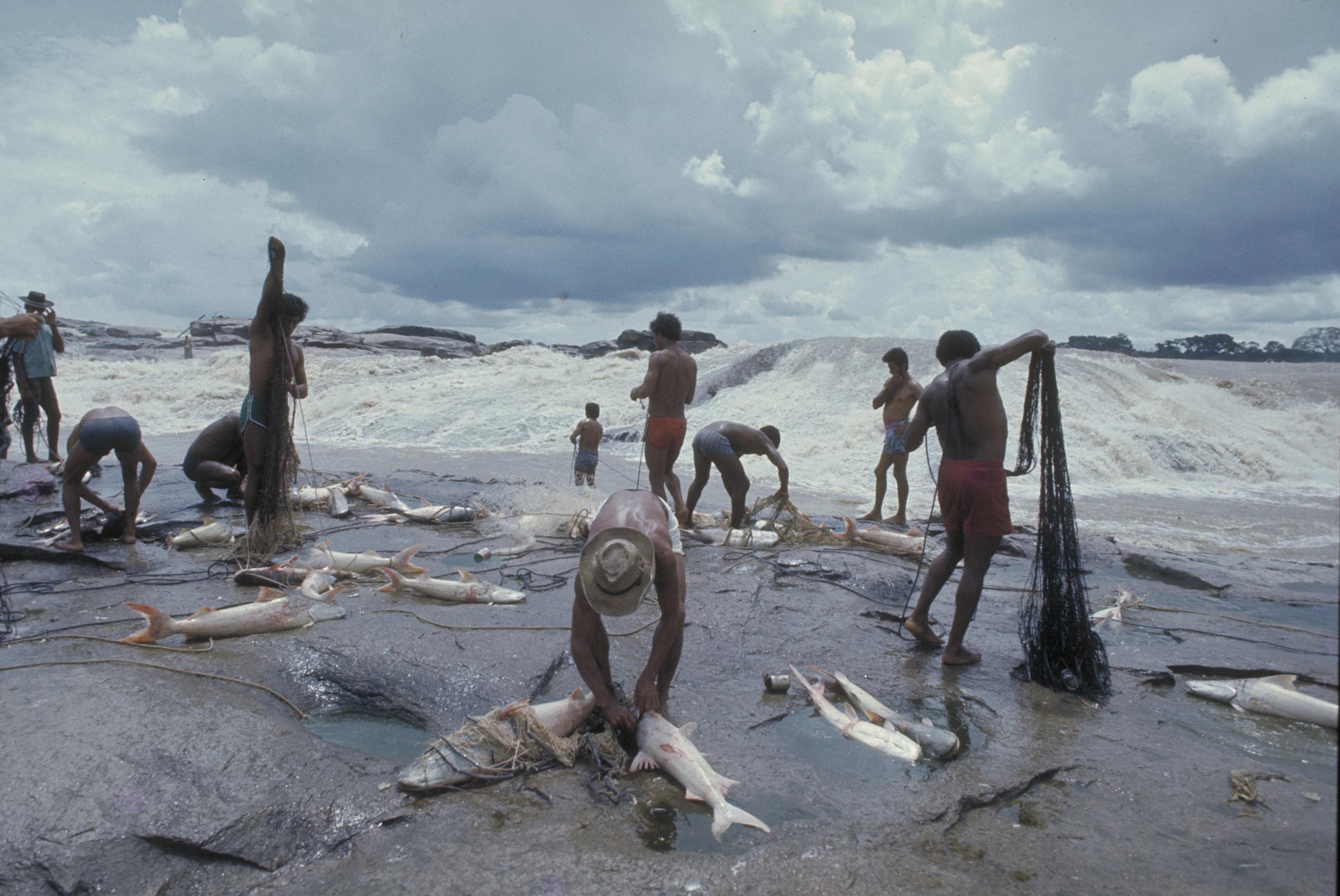 The fish is an important commercial species for people living in the Amazon. Michael Goulding/WCS