The first scientific results from the Juno mission around Jupiter have been released, and they reveal some surprising details about the biggest planet in our Solar System. The findings were presented at the annual European Geosciences Union in Vienna this week.

As reported by Andy Coghlan for New Scientist, one of the most surprising things was that Jupiter’s core does not seen to be solid like Earth’s but is instead “fuzzy”, mixing with a layer of metallic hydrogen above. It appears that the interior of Jupiter is quite irregular, based on gravity measurements from Jupiter.

Scientists have also discovered that Jupiter’s magnetic field is more powerful than we thought. It was believed to be about 5 gauss, a measure of magnetic flux density, but may be as much as 9 gauss, based on close flybys by Juno. Earth’s magnetic field at its surface is between 0.25 and 0.65 gauss.

Juno has also snapped images of huge Earth-sized cyclones raging in the atmosphere of Jupiter, composed of condensed ammonia. And it's also seen clouds of ammonia and hydrazine, known as white spots, in the belts of Jupiter. Scientists have also seen a dense zone of ammonia gas at Jupiter’s equator, which is further complicating what we think is going on inside the planet. 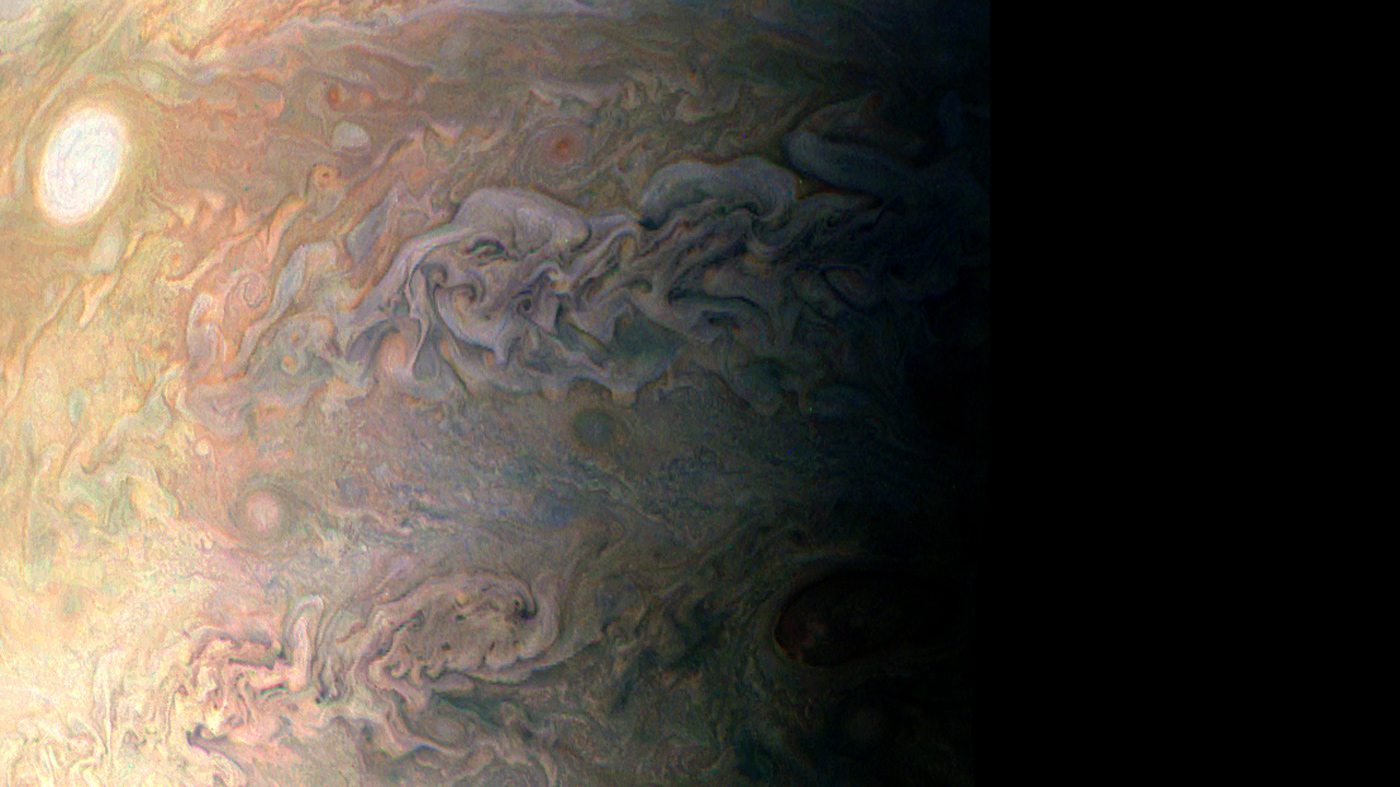 Jupiter and one of its white spots seen by Juno on December 11, 2016. NASA/JPL-Caltech/SwRI/MSSS/Eric Jorgensen

Juno entered orbit around Jupiter in July 2016, with 37 close flybys of Jupiter planned through February 2018. However, a problem with the spacecraft’s main engine has kept it trapped in a wider orbit, where it will remain until July 2018, completing just 12 flybys.

That does not seem to have hampered the science so far, with NASA saying they still expected to meet the scientific goals of the mission. The spacecraft will also spend less time in Jupiter’s magnetic field, so it may even survive beyond July 2018 as it degrades less.

At the moment, it comes as close as 4,100 kilometers (2,600 miles) to the planet, and travels up to 3 million kilometers (2 million miles) away in its sweeping 53-day orbit. But while the encounters with Jupiter might be few and far between, the science looks like it's going to come thick and fast.