The icy moons of the outer solar system are considered some of the best places to host life beyond Earth. Now, a new discovery puts Enceladus in the top position in terms of suitability for life. An international team of scientists have confirmed hydrothermal activity on Enceladus, the ice-covered moon of Saturn.

The moon is famous for its plumes of gas that emit from the southern pole, with astronomers curious to find out what they are made of. In October 2015, the Cassini probe took an incredibly low dive into the plumes, and now researchers have announced their groundbreaking findings in Science.

"This study provides the strongest evidence detected in the plume to date for hydrothermal processing of rock by liquid water in the interior of Enceladus," second author Christopher Glein, from the Southwest Research Institute, told IFLScience. "It also shows that the ocean is energetically habitable, meaning there is enough chemical energy to support life similar to some microscopic forms of life on Earth."

The spacecraft detected that 1.4 percent of the material is molecular hydrogen in the plumes, and the scientists believe that the most likely sources for this are geological processes deep under the ice. On Earth, hydrothermal vents can release hydrogen as the hot water interacts with iron in the heated rocks. The iron steals the oxygen from the water molecules and hydrogen bubbles up.

The researchers also discovered that 0.8 percent of the plume is made of carbon dioxide. This is an exciting development for our search for life. Carbon dioxide and hydrogen are primary components of a process called methanogenesis, which is used by microbes found in underwater vents on Earth.

These single-celled organisms, which are part of the Archaea domain, don’t need oxygen to survive, as they get their energy by metabolizing CO2 and hydrogen and releasing methane – which has also been detected in the plumes.

While this is incredibly exciting from a geological and planetary point of view, it is not proof that there’s life on Enceladus. The researchers clearly state in the paper that although life could be possible, the science is very much undecided on the actual existence of microbes under the ice of the Saturnian moon. 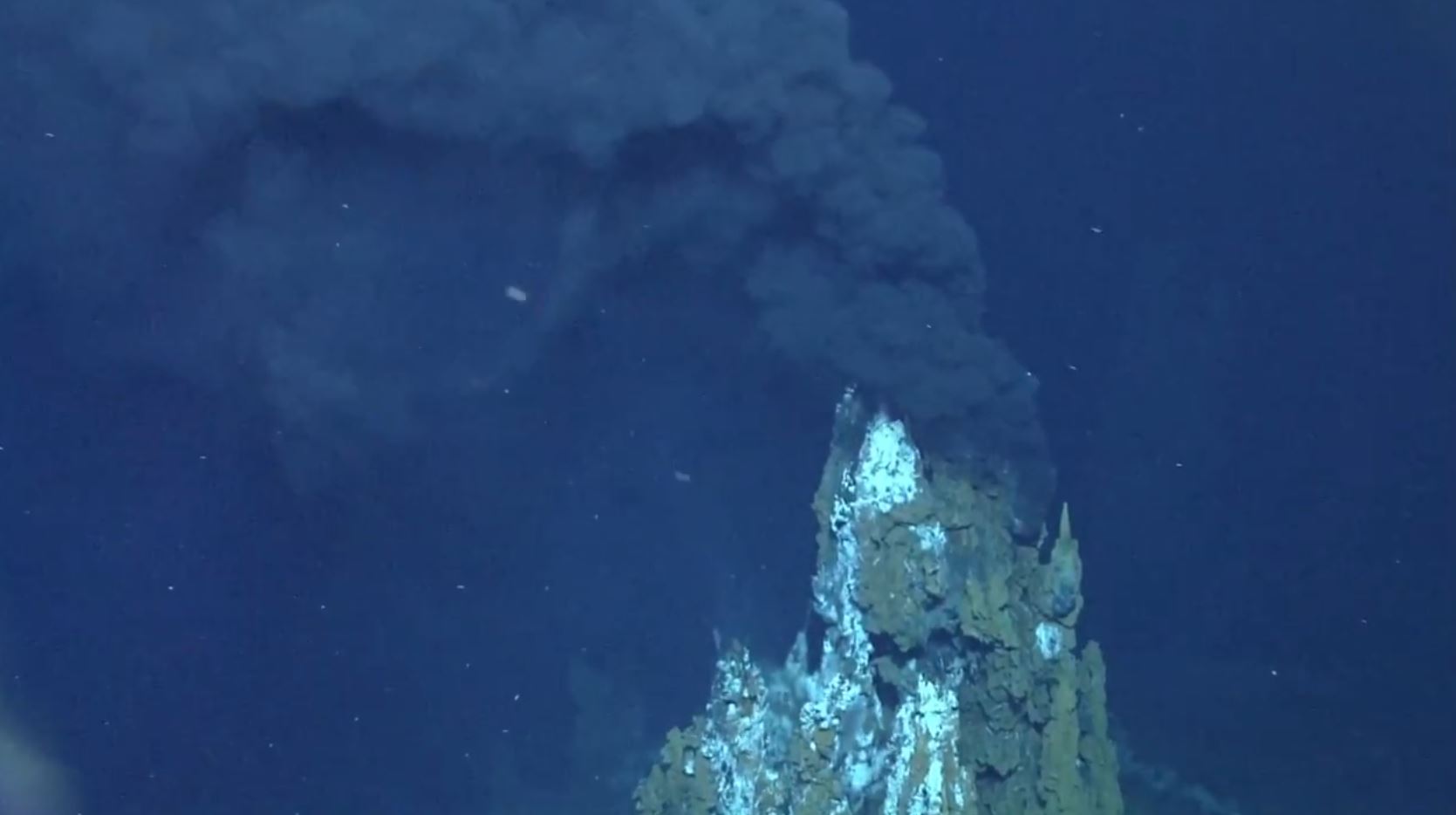 Hydrothermal Vent, similar to this one in Lau Basin, have been confirmed to exists on Enceladus. NOAA

"Cassini was not designed to look for signs of life, and we have not found evidence of life on Enceladus. What we have found is a tantalizing indication that the Enceladus ocean may be a habitable environment," Glein added. "We really need more advanced instruments that can measure biomarkers. The great news is that the plume provides free samples of the ocean in space, so if biomarkers are present in the ocean, they will be accessible."

The Southwest Research Institute is currently building an advanced instrument for the Europa Clipper mission, which should be able to spot traces of life in Europa's plumes. The scientists confirmed that the new instrument is being designed with an eye on what's just been found on Enceladus, but to find out about life on Saturn's moon, we'll have to wait.

"A new mission to Enceladus will be needed to answer the astrobiological questions raised by this study," Glein stated. "A mission called Enceladus Life Finder (ELF) is under study but is competing for the opportunity to fly."

The complex chemistry of Enceladus' ocean is one of the greatest discoveries of the Cassini mission, which is now in its final months of operation. The probe is scheduled to take a swan dive into Saturn’s atmosphere. This singular demise is related to Enceladus and its habitability. The fiery death is the only way to ensure that potential microorganisms that hitched a ride on the spacecraft don't end up contaminating Enceladus.

Artist's impression of the interior of Enceladus, where hydrothermal vents create a chemically active ocean. NASA/JPL-Caltech