Behind the tie-dyed wave of rebellion that swirled across the US in the 1960s were a test tube, a Bunsen burner, and a periodic table. In the hands of two talented and idealistic chemists, the tools of the scientific establishment were repurposed to manufacture the fuel of cultural change: lysergic acid diethylamide, or LSD.

One particular strain of the drug, known as Orange Sunshine, became synonymous with the psychedelic revolution, and was famous for being the purest acid ever made. Yet the drug’s co-creator Tim Scully tells IFLScience that the chemical ultimately “didn’t manage to save the world,” in part because its users turned their back on science.

However, with the number of scientific research papers about LSD reaching their highest level for 50 years in 2016, mainstream science may now have a chance of bringing about its own psychedelic revolution.

The Chemistry of Rebellion

A new documentary called The Sunshine Makers tells the story of the rise and fall of Orange Sunshine, and how Scully, along with his friend Nick Sand, attempted to manufacture 750 million doses of the drug, in an audacious attempt to “turn on” the world and usher in an era of peace and love.

As rebellious as this project may sound, you don’t create such a vast quantity of impeccably pure acid without discipline and scientific rigor – not to mention an expert grasp of chemistry. “Lab technique is everything when you’re making acid, because lysergic compounds are very fragile and easy to mishandle,” explains Scully.

Working in a Breaking Bad-style makeshift lab in Point Richmond, California, the pair had to block out all outside light, because “daylight is death to LSD. In the presence of water, UV light turns LSD into lumi-LSD, which has a water molecule attached.” Then there’s the problem of burning off solvents without heating the solution to above room temperature. The solution? “We were getting through about a tonne of dry ice a week.”

But just as the finished product helped to warp the values and beliefs of its users, the cultural and scientific remit of LSD itself was largely defined by the prevailing wisdom of the world outside the lab. 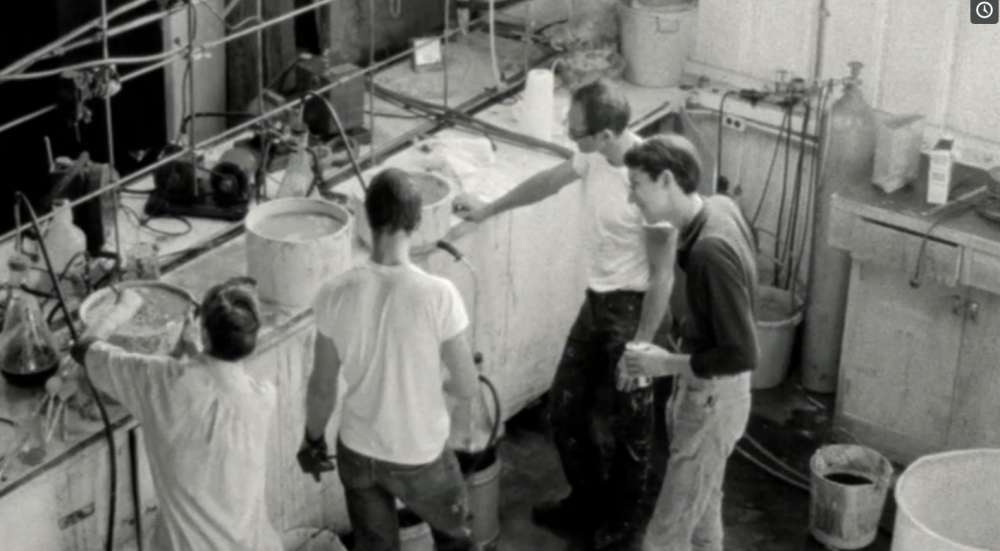 How The World Changed LSD

Back in the 1960s, neuroscientists believed that psychedelic drugs were psychotomimetic, meaning they induce psychosis, and began to experiment with these substances in an attempt to study the psychotic mind. This model was later abandoned when it became clear that the effects of LSD are in fact far removed from psychosis. Interestingly, a study published last year found that the acute effects of LSD do share some similarities with psychosis, but that these quickly give way to longer-lasting therapeutic effects, like elevated mood and decreased anxiety.

Like the neuroscientists of today, Scully disagreed with the psychotomimetic paradigm, and though he didn’t envision the drug being used as a treatment for mental and emotional disorders, he certainly hoped it would be used to generate sanity rather than madness. “I was more interested in what healthy people could do with LSD – like becoming more gentle and responsible towards each other – rather than for therapy.”

Yet there is a protocol that must be followed when taking acid, defined by a combination of what researchers call “set and setting”. When this procedure is not followed, the drug can easily become a psychedelic spanner that unhinges the mind – which is, to some extent, what the world turned LSD into.

“Giving it out at acid tests and rock concerts was not the right setting, and there were some bad side effects,” says Scully. “Too many people ended up believing in magical thinking rather than logic or science. It created a lot of conspiracy theorists, like the anti-vaxxers.”

“Ultimately, we didn’t manage to save the world – just look at the results of the last election. Clearly people still have an interest in doing nasty things to each other.”

Yet ironically, the inauguration of Donald Trump comes at a time when the scientific community finds itself on the cusp of its own psychedelic awakening. How his administration positions itself in relation to this type of research will be critical in determining whether or not drugs like LSD are given another shot at bringing about a positive change in the world.

The Future of LSD

Not all LSD users strayed from the path of good science in the 1960s. One of Nick Sand’s old friends, named Amanda Feilding, told IFLScience that she “developed an interest in trying to discover the mechanisms underlying the changes in consciousness brought about by LSD in 1966.” Later, as the founder and director of the Beckley Foundation, she coordinated the first ever brain imaging study on LSD, which revealed how the drug generates feelings of oneness and positivity by loosening connectivity in a brain region called the default mode network.

Scientists are now using this information to develop proper protocols – including the appropriate set and setting – in order to harness the drug’s therapeutic potential. For instance, a recent study showed that LSD can bring about lasting reductions in anxiety among people with terminal illnesses. 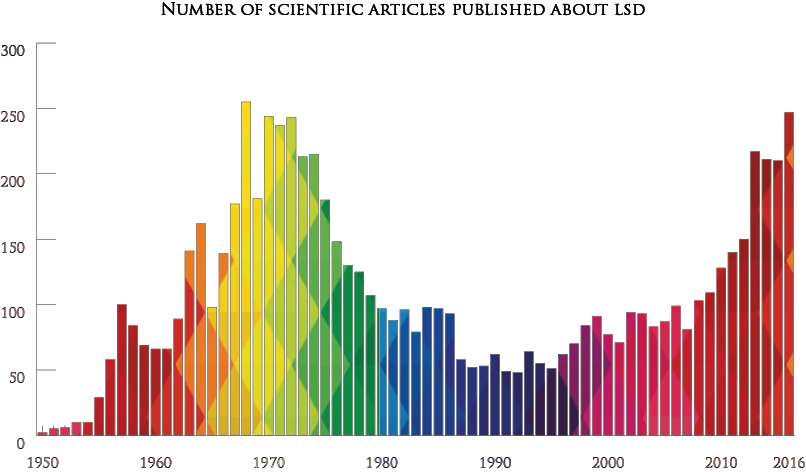 The number of scientific research papers published about LSD. The Beckley Foundation

Of course, the chemists and neuroscientists working on these research projects have come a long way from the dingy basement lab that Scully and Sand converted into their psychedelic arsenal. The Beckley/Imperial research program, for example, is bringing this type of research into the scientific open, with rigorously controlled studies into the therapeutic potential of psychedelics taking place at Imperial College London.

Yet with psychedelic research constantly hovering over a political precipice, the Trump administration could pose a major threat to the advancement of this field of scientific investigation, potentially forcing LSD back underground.

Disclosure: Ben Taub is an employee of the Beckley Foundation, a UK-based think-tank and UN-accredited NGO that focuses on global drug policy reform and scientific research into psychoactive substances.