Frigate birds stay aloft for months at a time, and they fly over hundreds of kilometers a day. According to a new Science study, by taking advantage of updrafts, clouds, and other atmospheric conditions, these extreme birds spend very little energy during their transoceanic flights.

Great frigates (Fregata minor) are seabirds, yet they don’t have water-repellent feathers and their legs are very small. That means they avoid landing on the surface of the water, even though they feed exclusively at sea. They deal with these constrains by remaining continuously airborne for days as they forage from their nest during breeding season. Frigates also have the longest period of parental care seen in birds – suggesting that their flying abilities take a long time to learn. But exactly how these birds are able to fly for long periods and distances remains a bit of a mystery.

A team led by Henri Weimerskirch of CNRS equipped dozens of adults and juveniles on Europa Island near Madagascar with solar-powered transmitters between 2011 and 2015. These various data-loggers measured heart rate, flapping frequency, speed, acceleration, temperature, location, and altitude. 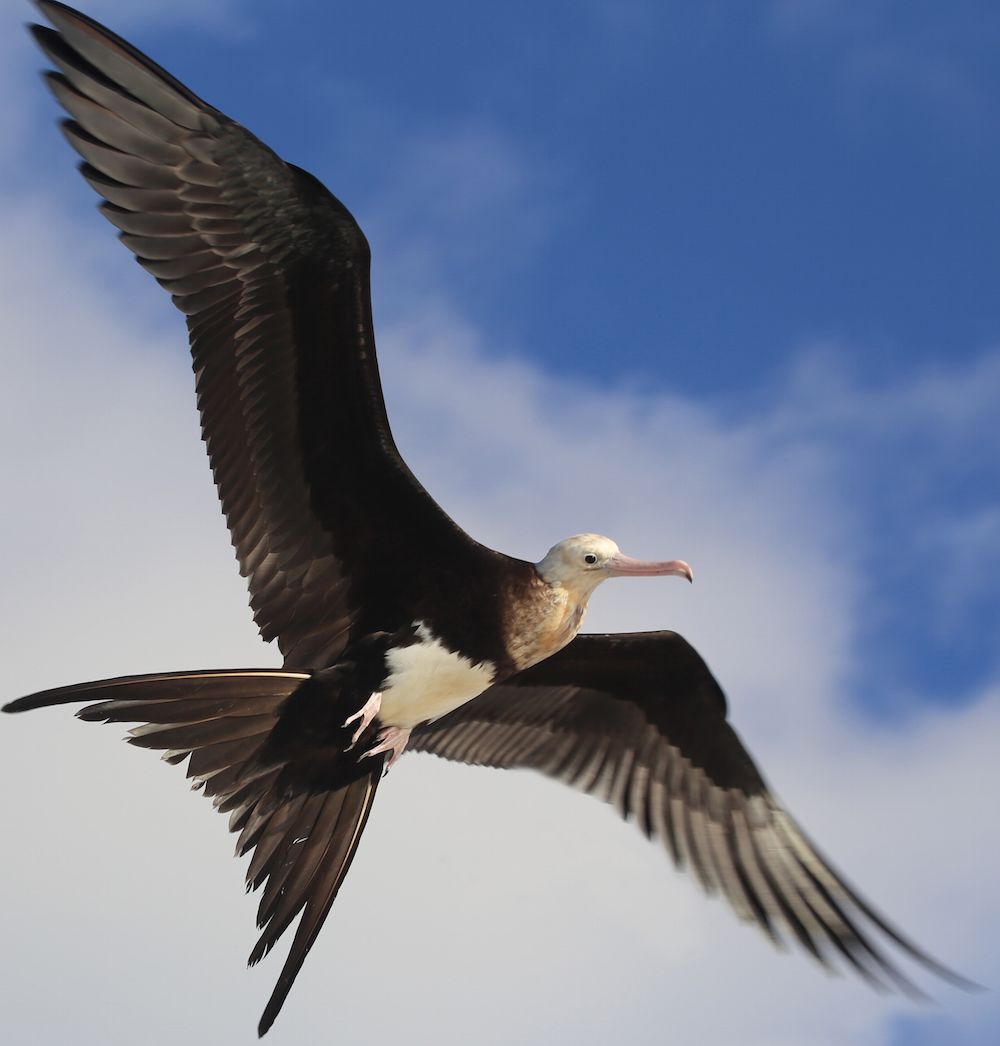 Breeding frigates travel 410 kilometers (255 miles) a day on average during two- to 15-day foraging trips. Then, during the southwest Indian monsoon from June to October, adult frigates finishing the breeding season leave Europa and migrate northward to roosting sites in the Seychelles, where they forage for months. Young frigates leave their birthplace the same time as their parents, but they cross the equator, turn eastward, and take short breaks on Chagos or Indonesian islets as they circle the entire Indian Ocean.

Frigates stay aloft during their transoceanic flights by following the edges of a mostly windless zone called the doldrums, then taking advantage of favorable winds and strong convection. For shorter, local flights, the birds are able to soar and circle upwards to cumulus clouds thanks to updrafts created by warm, rising air: They can ascend up to 1,600 meters (5,250 feet) without flapping their wings, at rates of up to 5 meters (16.4 feet) a second. Then they just glide for kilometers until they find their next cloud.

Most stay at elevations where very little flapping is needed to stay aloft, somewhere between 30 to 2,000 meters (98 to 6,560 feet), and they drop down to the sea surface just to skim for prey. Sometimes they’re completely motionless while airborne. These periods likely correspond with sleep, and they last between two and 12 minutes. 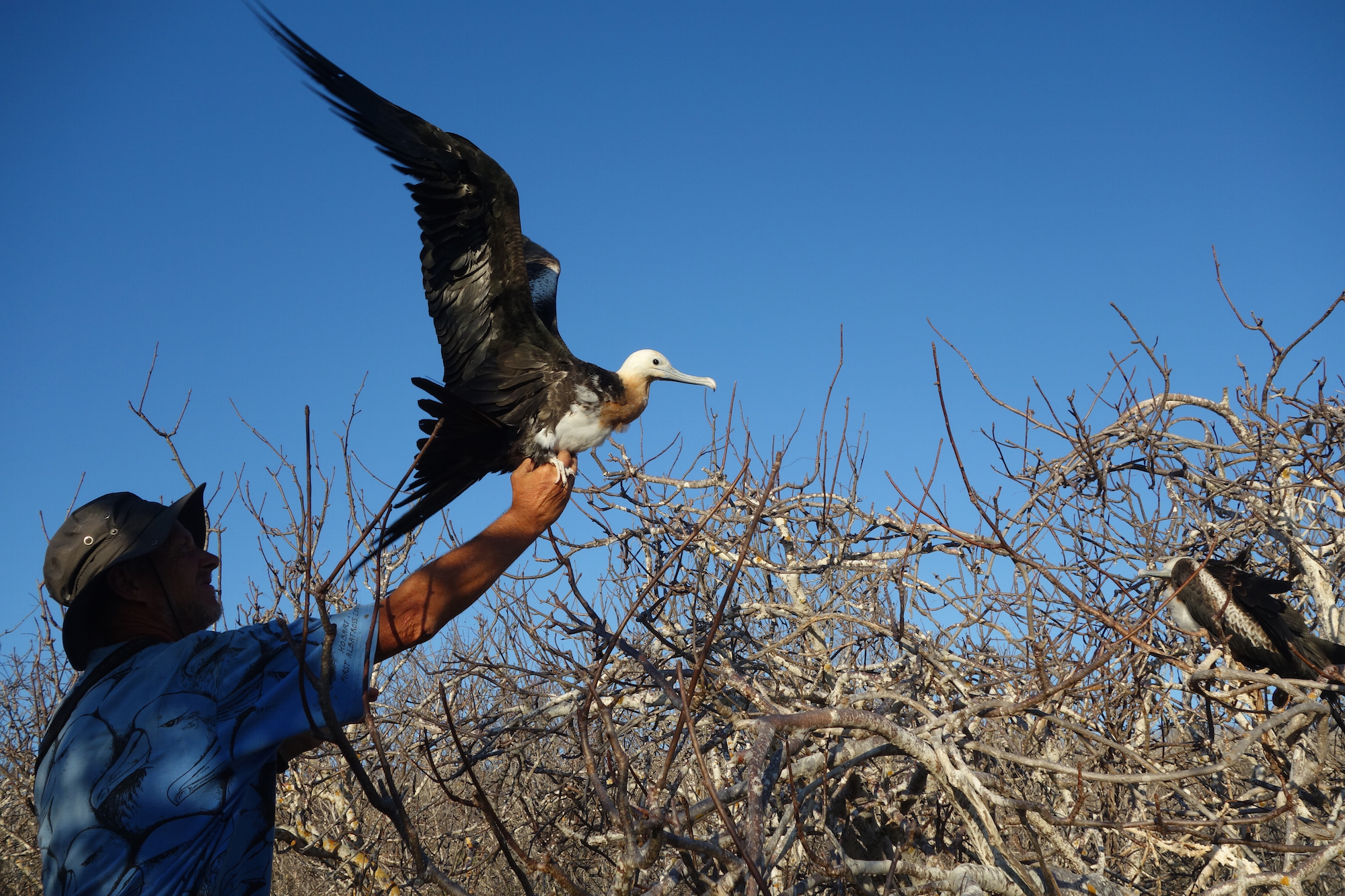